Egypt, located in the African continent has always been experiencing a hot and humid climate. Egypt was mostly filled with sandy deserts. Only a small area around the Nile was inhabited. Huge attempts to prevent the heat were not employed as Egyptians gradually accustomed themselves with the climate.  Further, the hot and dryness were important in drying the mummies. Nile was inevitability in Egyptian life. The river flooded every year leaving the fertile black soil which was a boon to the Egyptian agriculture. Egypt had only two seasons: a mild winter from November to April and a hot summer from May to October. The only differences between the seasons are variations in daytime temperatures and changes in prevailing winds.
This was probably the reason that the ancient Egyptian houses were made with open windows that didn’t have any glass, so the air could flow though the windows.The winters were not so cold and the average winter temperature was 48 degrees Fahrenheit. 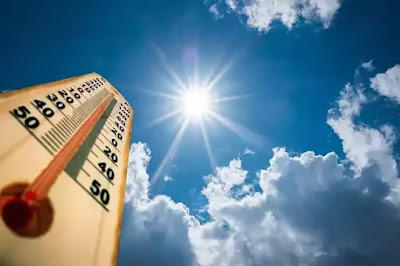 The houses were already prepared to welcome the season. The houses were built with layers of cloth on the open windows to keep most of the chill outside.There were rains during winter and it was a tough time for the clay-made houses of Egypt.

The dryness of the climate facilitated the construction of mud houses. The people who did not live near the Nile obviously depended on rain. The nights were cold.

Since there was no cloud cover, due to the lack of moisture in the air, heat absorbed during the day was lost during the night with no clouds to hold it in. The way Egyptians prospered show us that they have adapted to the climate and also found ways to survive it.