Egypt is of the countries in Africa and the Middle East. The ancient name for Egypt is Kemet meaning ‘black land’. It had obtained its name owing to the fertile black soil found on the plains of the Nile river which flows through Egypt.Egypt is also known for its historical monuments like the Giza pyramid complex and even the Egyptian civilization holds a lot of importance.

Egypt is a country which has political and cultural significance for the Middle East. Egypt derived its English name from various sources like the French word Egypte, from Latin Aegyptus and ancient Greek Aigyptos.The basic diet of the people remained the same for a long time. The cuisine of the ancient Egyptians had resemblance with the cuisine of the modern Egyptians.Their food consisted of bread and beer along with vegetables like onions, garlic, fruits like date and fig. 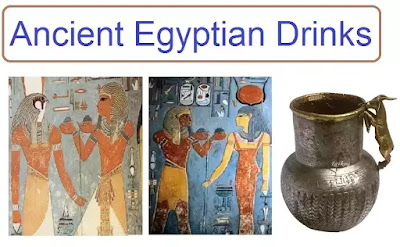 Meat and wine were consumed by everyone in general on certain occasions while the rich had it very frequently.Meat, fish or even fowl consumed were either with salt or dried, cooked or roasted, or even grilled. The ancient Egyptians ate with their hands. The social ranking of an individual was a deciding factor in the food he could consume.
The rich could afford a variety of food items while the poor were forced to stick to the normal food they could afford. Beer and Wine were customary drinks for all classes. The diet of the poor was bread, onions and at times fish. Beer was a drink that was normally consumed. Meat was rarely consumed. However, such restrictions did not appear in case of the rich. They generally had over fifteen categories of bread.
Vegetables commonly used were lentils, lettuce, peas, cucumber, onions.Honey extracted from bees was used instead of sugar. Animals like cattle, goat, sheep and pigs were the basic source of obtaining meat.  The rich also had the luxury of eating dates, grapes, melons, apricots and pomegranates. Banquets were held by the rich where butter and cheese was served. They also had female dancers who entertained the guests.
Ancient Egyptian Drinks pictures : 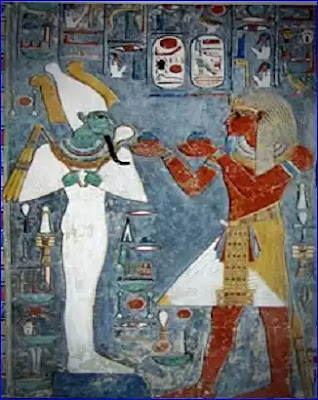 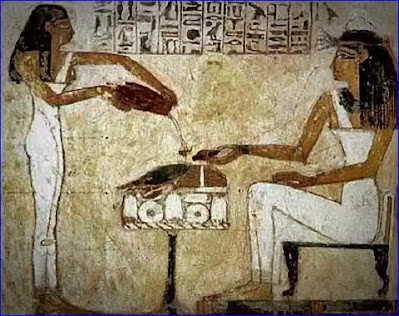 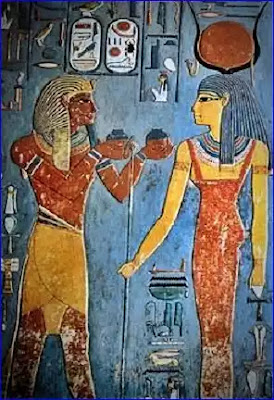 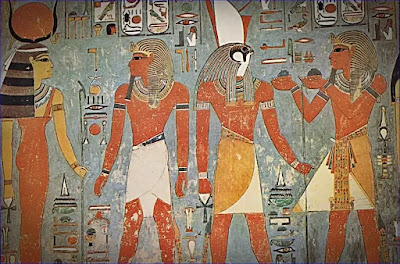