Ancient Egyptian Objects in the Museums
Some of the Egyptian objects present in the museums are limestone statuary heads of ancient Egyptian and Greco-Roman deities such as Horus, Hathor, and Ptah, as well as Roman terracotta statues Alabaster.

Also, many coins have been preserved. The oldest Egyptian coins were Attic staters and tetradrachms having the name and types of Alexander. 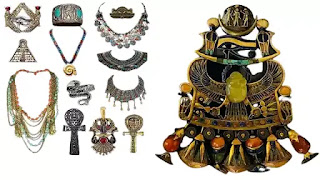 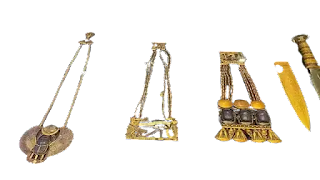 The Rosetta stone is a stone with writing on it. The Rosetta stone is thought to have been written by a group of priests in Egypt to honor the Egyptian pharaoh. It lists all of the good things that the pharaoh has done for the priests and the people of Egypt. 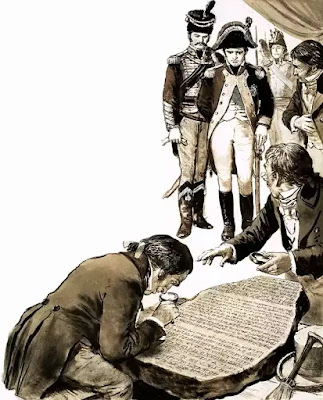 A makeup pot made out of Alabaster was used to hold kohl. Kohl is a black makeup that the Egyptians used to decorate their eyes.

If you look closely at the lid, you can see that there is a small bump that fits into the neck of the jar to stop the air getting in. 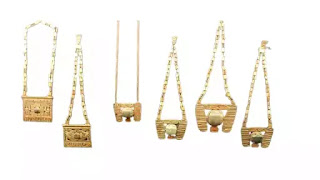 Ancient Egyptian Metallurgy,Utensils and equipment
Egyptians were very skilled at metalworking and used bronze a lot because it’s harder than pure copper. They made cymbals that you could clink together when you dance.

The handle of the mirror was of wood, metal or ivory. Kitchen utensils and equipment included items such as storage jars,

bowls, pots, pans, ladles, sieves, and whisks. Most people used clay dishes, while the wealthy used dishes made of bronze, silver, and gold. All ate with their fingers. 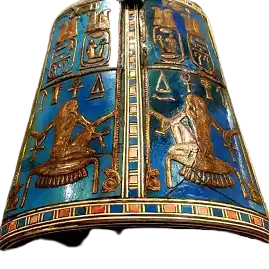 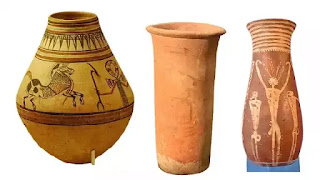 Also, there were coffins in ancient Egypt. The purpose of the coffin from the earliest times was the protection of the body, preserving it from deterioration or mutilation. A sarcophagus was also usually provided to hold the coffin in the tomb.

Sarcophagus formed the external layer of protection for a royal mummy, with several layers of coffins nested within, and was often carved out of alabaster. 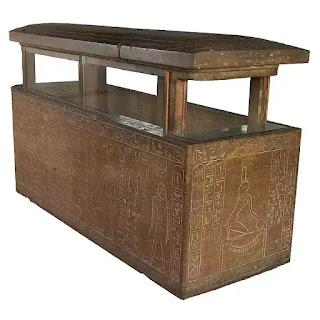 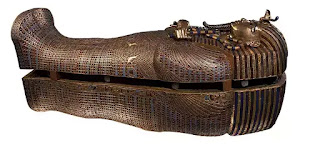 A carved wooden hand and a marble head of a Greco-Roman god are just two of the 200 artifacts that had been stored away in the national bank of Egypt.

“Object Worlds in Ancient Egypt” a book on ancient Egypt takes New Kingdom Egypt (1539-1070 BC) as its starting point and considers how excavated Egyptian Objects reveal the complex ways that ancient Egyptians experienced their material world. 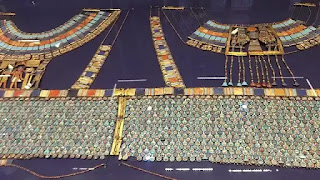 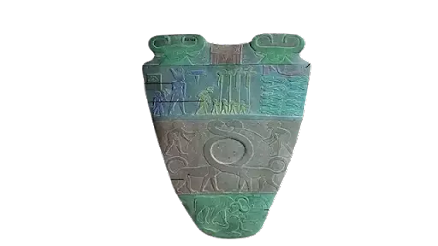 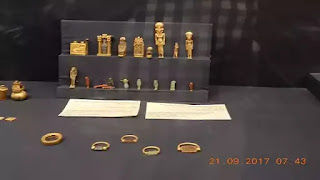 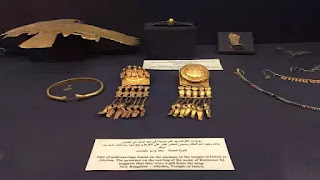 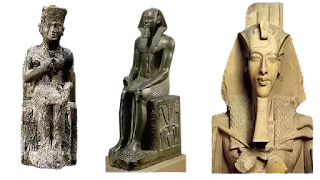 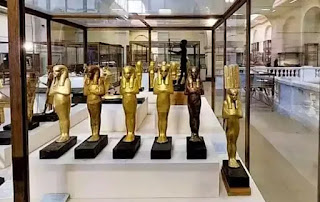 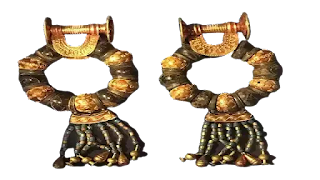 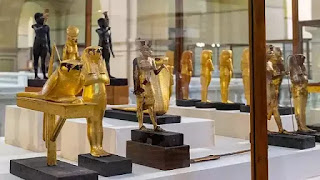 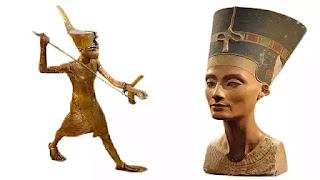 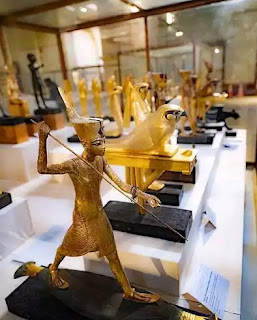