I am writing this post while aboard a flight to Paris. This wouldn’t be interesting at all, except for the fact that I’m doing it on a brand new airline. Play Airlines just started flying this year and we took a chance on some really cheap flights when they went on sale last December. 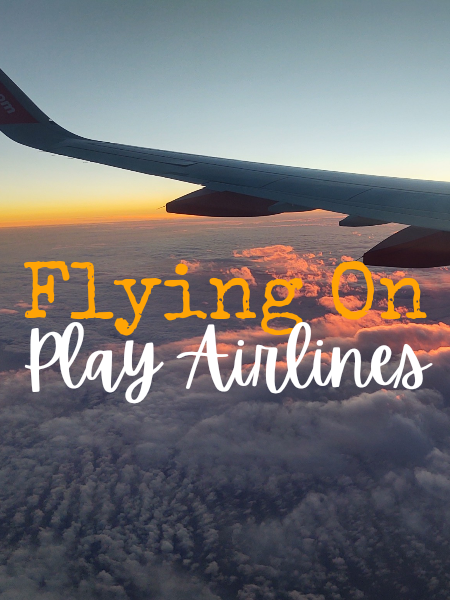 At the time, we hadn’t really flown anywhere for two years and we were excited to get back out into the world and explore. We’ve had a Disney World trip planned and canceled several times since 2020, and we had decided to put that off indefinitely for personal reasons. (If you have read this blog over the course of the pandemic, first of all, thank you, but second, you can probably guess what those reasons are.) The idea of going to Paris again, and splitting time between the city and Disneyland Paris was pretty appealing though.
When I saw an article about Play, I was intrigued and quickly looked through their destinations, and they said they were booking flights to Europe for around $250 per person roundtrip. The catch? There were several:
After going through booking and picking flights, seats, and adding carry-on bags – yep, you pay for anything that doesn’t fit under the seat – our total came out to approximately $750 for 2 of us. We paid nearly double that to fly to Scotland in 2019, including an EasyJet flight from/to London. 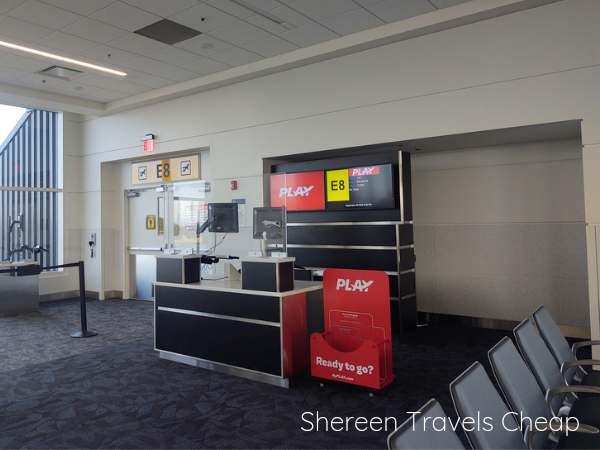 Sure, we still had to get to Baltimore, but we would figure that out later. Later came and the war in Ukraine is ongoing and airfare/fuel were at all all-time high. I had friends that flew from coast-to-coast and were paying $1200 or more. The cheapest RT flights I could find were somewhere in the ballpark of $1100 per person, because we had to work around another flight. What did we do? Well, I did contemplate crying, but instead we looked at our resources.
We’d never been to Baltimore before, so spending a whole day there wasn’t a hardship. We found a flight there leaving the night before on Alaska, and used our companion fare for our second ticket. We found a flight coming home on Delta the morning after we flew back, where we were able to use air miles. So, now we had a whole day to explore Baltimore on the first part of our trip and then booked a hotel room there for the last part, where we’ll have time to eat dinner and relax a bit before going to sleep. We still paid less than what we spent to fly to Scotland. Not by much, but it wasn’t 3 times as much, like it was looking like for a bit there. 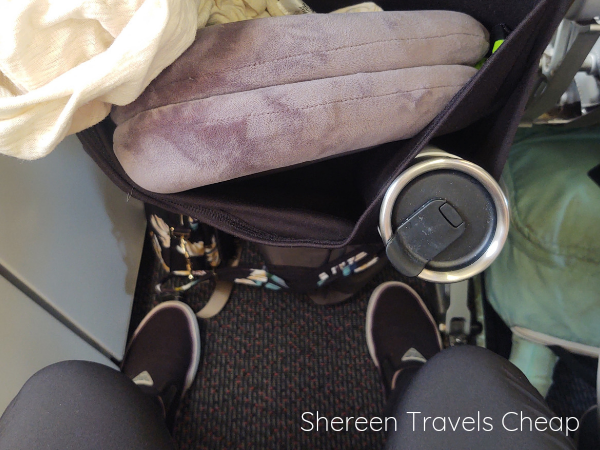 So, what’s it like flying on Play Airlines?  Pretty good, actually. The crew is lovely, the planes aren’t full (though I suspect that will change soon enough), and we had the most legroom we’ve ever had not being seated in an exit row (I’m told that will probably change in the next year, but for now, I was able to reach under my seat and get my bag out without having to contort myself into a pretzel). We had a whole row to ourselves on our first flight – a thing we’ll never complain about. Our connecting flight was the same.
My one complaint was the check-in process. Play doesn’t have an app and you don’t fill out much info when you book. You check-in online and enter all your info at that time…if the website works. It errored out for me all day, but I was able to go to the desk at the airport to check in and the desk agent was very nice and helpful. We high-fived that our airline existed and then went and sat in the very empty gate area. 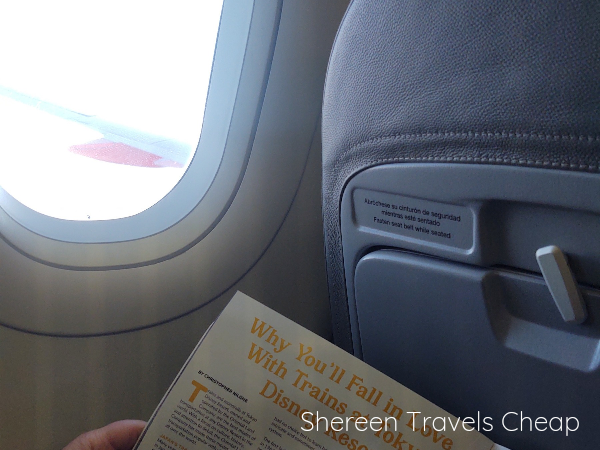 You get nothing on Play, but if you’re like me and sleep most of the way, it doesn’t actually matter. There are no screens, except the ones that tell you how far you’ve flown and local times, and no seatback chargers. Anything you get from the snack or beverage cart costs money, and you must use  a card that has the tap to pay function. This is the height of no frills, but the seats were comfortable, I brought a charging bank for our phones (2 actually), and packed a bag full of snacks and two reusable water bottles. We had everything we needed.
Bonus fact: the flight attendants have a mix-and-match wardrobe that is unisex. They all wear pants, though I did see one lady wearing a dress, and look much more comfortable than almost every other flight crew I’ve seen.
If you’ve flown on other budget airlines like EasyJet, you’re probably used to the awkward airport experience. You won’t know your gate until an hour before your flight leaves and then boarding starts rather quickly. Instead of 30 minutes before takeoff, you’re looking at more like 40-50 minutes. We were able to get off the plane in Reykjavik, use the restroom (Keflavik airport has amazing water closets), go through (very fast) customs, get a drink and snack and get directly in line to board our next plane. While not entirely convenient for those of us that like to explore an airport, or those that don’t like to sit on the plane longer than necessary, both flights took off early and landed early, so no complaints there. You also don’t have to take the service stairs to the tarmac to get on your plane. There are actual jetways. We’ll see if that changes coming home, though. 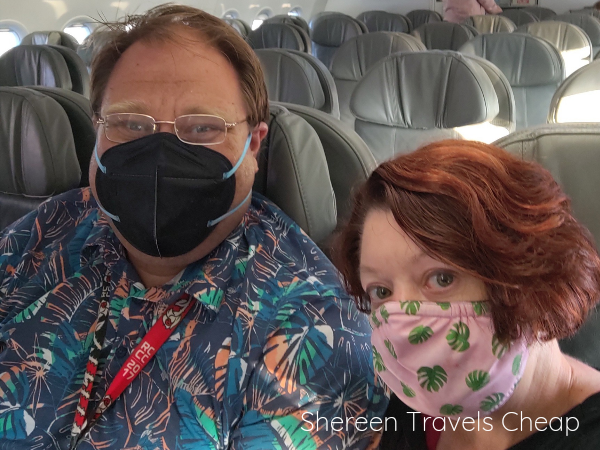 All-in-all, my flight experience was great and we would definitely fly Play again, especially now that they have expanded their US departure cities, and next time we would take advantage of their layover in Iceland, just to get a feel for the country if it’s not our final destination.
Have you ever flown a brand new airline? How did it go?