On each trip to Paris we have done something cool and weird. On our first and last trip we visited Père Lachaise Cemetery, on our second trip we went to the Catacombs, and on this most recent trip we went to the Museum of Hunting & Nature (Musée de la Chasse et de la Nature) and the Sewer Museum (Musée des Égouts de Paris). 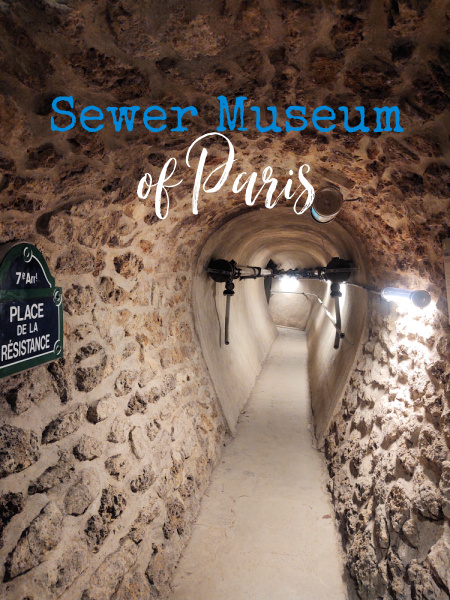 A museum about the sewers may not sound that awesome to anyone else, but I found it while Google Mapping a day during my planning phase. At just 9€ a person, it was very affordable and totally different from anything else we’ve ever done. I wanted to do a handful of non-touristy things this trip and this appeared to fit the bill. 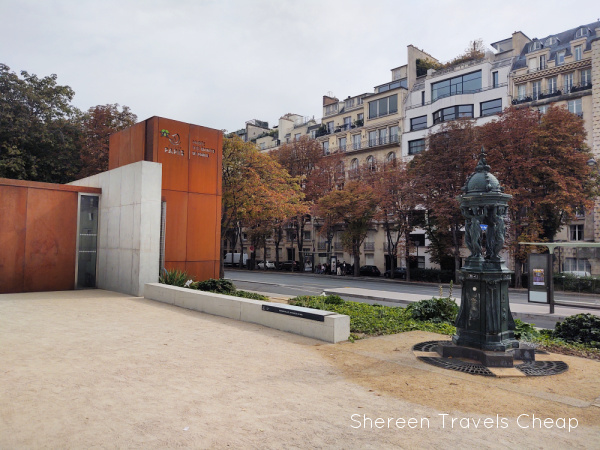 If you passed the museum on the street (it’s located in a park right on the Seine), you probably wouldn’t give it a second look. There’s not a ton of stuff around it, but it’s situated a few steps from the Pont de l’Alma and across the street from a Metro station and a Pierre Hermé location that serves macarons and ice cream. There’s a great public water fountain right out front. This was one of the only places where the employees didn’t speak French, so if you have a timed ticket that doesn’t work – because you’re early, like we were – you will have to explain your situation to the person at the front desk. 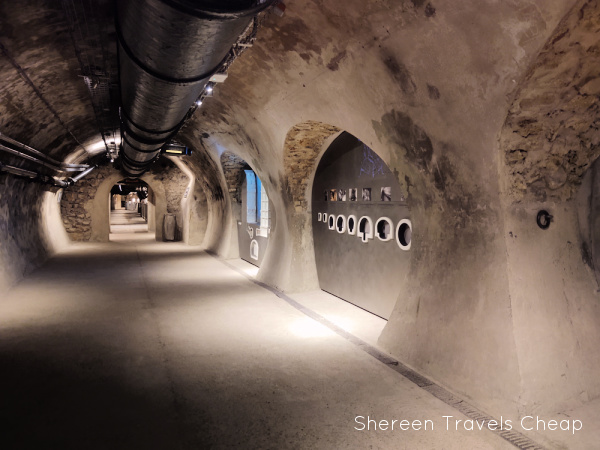 Once inside, we were immersed in the literal sewer and its history. Paris, having the first real sewage system, has had a tour in the sewers almost since the sewer was built. People were so enthralled by this new service that they wanted to see how it worked. So many people, in fact, that they built boats for tours and charged people admission. At some point, they stopped giving tours, and then turned this portion of the sewer into a (working) museum and then allowed people back to learn history on their own, instead of through guided tours by sanitation workers. 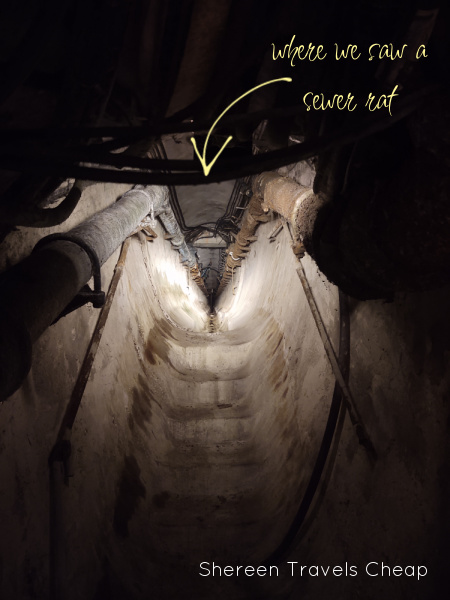 Now, I’ll tell you that I read the reviews of the museum before I purchased tickets and the most memorable, which actually pushed me to buy the tickets, was one that said “I only saw one sewer rat on my tour. I thought I’d see more, so this was disappointing.” Now, I’m aware this was a working sewer and might contain rats and other unsavory things, but it’s also a museum and amazingly clean. We actually did see a rat also, but it was far away and never came any closer to us down the tunnel. 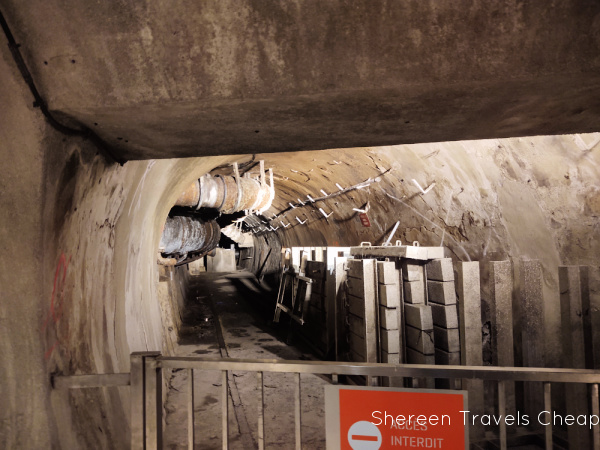 If you are afraid of rats, mice, bugs, are claustrophobic, or have a very sensitive nose, this is not a tour for you. We wore masks the entire time, but I did briefly take mine down to smell the air when I heard two people retching further down a tunnel section, but it honestly didn’t smell worse down there either. Yes, it’s a working sewer and yes it smells weird, but I didn’t find it overpowering and off-putting. Some sections are worse than others, but still not enough to deter me from finishing the tour. 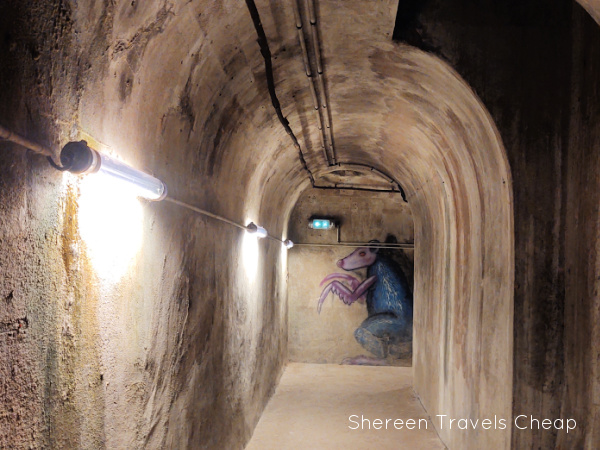 You follow a guide of numbered plaques that tell you about each section you’re in. If you only speak/read English, there is a take-along guide for you to follow along. We took turns being a tour guide for each other and telling each other about the different pipes and waterways and cool dredger boats and sewer balls (giant rubber, wooden, or iron spheres that help clean the waterways – seen below). 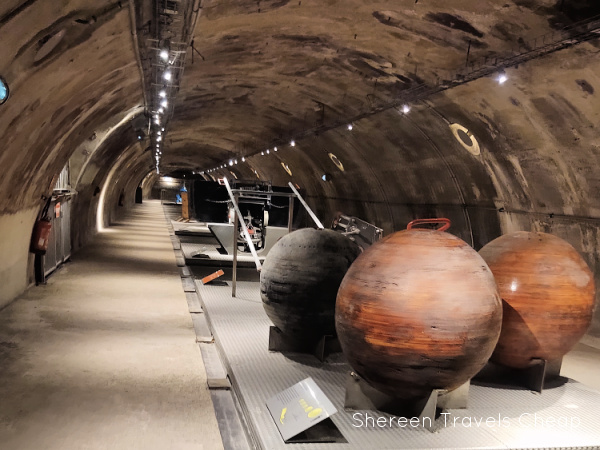 You’ll also see old wooden dredgers and manholes (what you’d see under a manhole cover) and all the different pipes and digital equipment used now to monitor water levels. 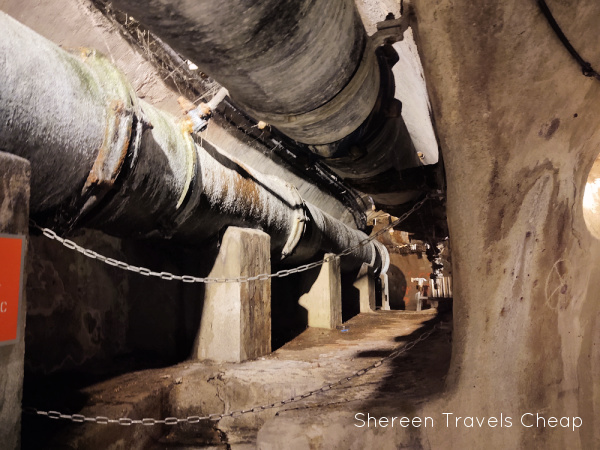 Some sections are very large and some are barely tall enough for a man to stand up in. You are not permitted to go through some tunnels, which would lead you into the labyrinthine pipe system where only trained sanitation workers dare to go. 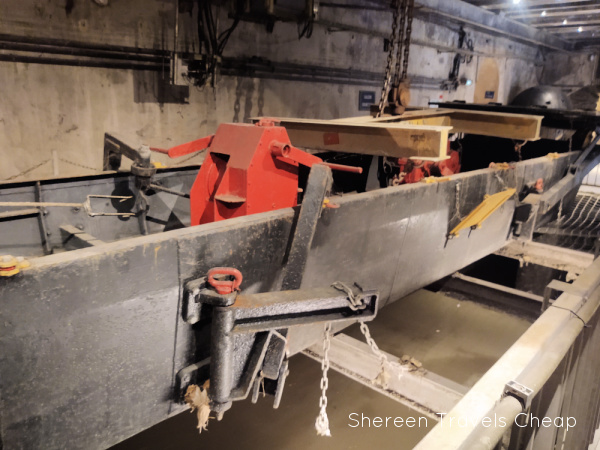 Each section is a mirror of a street or walkway above ground and each street has a street sign in the sewer tunnels, which is kind of amazing and shockingly organized for what I expected. 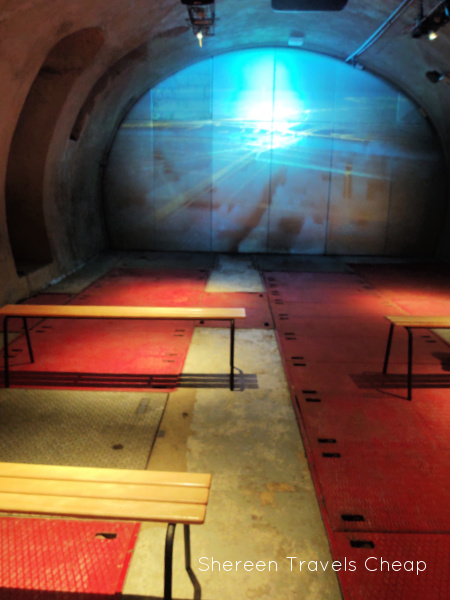 At the end of your tour, you can sit and watch a video about the inner workings of the French sewer system and see how it works through illustrations and illustrated maps. It’s all in French, but if you paid attention to the tour guide or speak even a little French you can get the gist of it 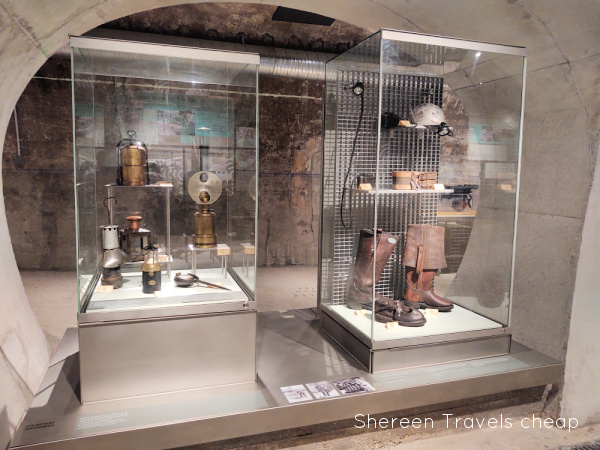 After you’ve watched the video, or skipped it, there are small models, interactive videos, and old sanitation worker equipment and protective gear. There’s also a small gift shop with some cool things in it. We purchased some postcards and t-shirts (only 8 euros!) and some other little things, but they have mugs, glasses, books, and more. We highly recommend this weird and informative activity. It only takes about an hour to walk through, but it’s definitely worth it, and it’s easy to get to.
Have you loved a “hidden gem” attraction on your travels that you wish more people knew about?