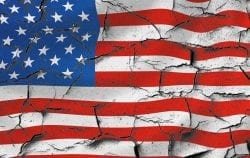 True American culture started where it was founded–right in the heart of the North American colonist at the run-up to the American Revolution. Of course over time that has all changed with quick population growth, cultural experiences, and historical events. And as with any cultural change comes a stark political and religious divide. It’s a real thing that has the extreme potential for positive and negative outcomes. In the 1830s, in Brahmin Boston, Historian Perry Miller once observed, “there could hardly be found a group of young Americans more numb to the notion that there were any stirring implications in the word ‘democracy.’”

Miller was right. Americans in the 1830s were, for the most part, were generally neutral in the way that American culture was beginning to shape out. There were ups and downs in our society. With a new nation and culture, life typically comes with nearly unlimited options on which direction to face the country–especially in regards to politics and culture. So where did our American breakdown begin? When did America go from “united as one” to completely polarized? It actually stems from a politically unconcluded Civil War in most cases. The Confederate (Democratic) leadership getting their full pardons from the consequences of treason and then reinstatement to government positions in 1865 may have started it all.

There was a hairline fracture that split the thinking of American traditionalists and progressive intellectuals. The Unitarian Church (a secular doctrine) was the catalyst, following transcendentalism in a close second. Traditionalists (such as the clergy and church) began to slowly halt providing leadership in our public schools and universities. Prior to this America lived under a purely Christian-based homeschooling education. This was the catalyst for America’s rich culture and thorough economic success.

Harvard University (along with many others) was eventually taken over by the secular Unitarian church. As the quality of public education began to decline, Horace Mann (the “father of progressive education”) would convince the state of Massachusetts that the best way for education to grow would be to have the government take control, instead of the private sector (like families and churches). What followed was indoctrination into a “self-culture,” a humanistic thought process of “me, myself, and I” which enables individual materialistic behaviors.

To break open a political divide for control and power, there must be a catalyst to enable a cultural shift. As a result, a false anti-Christian ideology of secular humanism was bred into American society. As traditional American doctrine became neglected, the competing ideology of socialism took off. Karl Marx’s book, which was written in 1844, never had much influence in American society. That was until we completely backslid from traditional Christian principles of economics and dabbled in personal greed.

Resulting monopolies would form out of company buyouts and grow throughout our nation. One result of the Industrial Revolution was how wealth was accumulated instead of employing the extra resources to meet the actual needs of the poor and society. Self-culture and individual interest began to replace the common good of the American community. We were resultingly manipulated, so think of it as psychologically turning the lower and middle classes towards being arbitrary in daily ethics and morality.

In an interview with Ravi Zacharias by Richard L. Schoonover, the associate editor of Enrichment journal, he mentions that “much of education in the 1960s came unhinged from any moral absolutes and ethical values to wit the book Excellence Without a Soul by Harry R. Lewis. We have seen this happening over the last 40 years. There have been many voices alerting us to this. But more than just a philosophy took over; a mood took over.”

“First, secularization generally held that religious ideas, institutions, and interpretations have lost their social significance. People liked the idea of a secular society and a secular government. But in terms of moral values and ethics, they never checked into the internal assumptions of secularization that made it wide open to almost any view on any subject. Beginning in the 1960s, the moods of secularization ultimately led to society’s loss of shame.”

“Next is pluralization, which sounds like a practical and worthy idea; and in many ways, it is. In pluralism, you have a competing number of worldviews that are available, and no worldview is dominant. But smuggled in with pluralization was the absolutization of relativism. The only thing we could be sure of was that all moral choices were relative and there was no point of reference to right and wrong. This resulted in the death of reason.”

So what happened to cause this major malfunction on such a mass scale? How did this cause a behavioral shift? What was the thought process behind this event? Well, why did the big screen hit-film Footloose happen? Just kidding… but the behaviors portrayed in the film are a perfect example of the very real effects of our radically accelerated societal change.

Dr. Marshall Foster of the World History Institute writes that “in the loft restaurant above Peck’s restaurant at 140 Fulton Street in lower Manhattan (building no longer stands), a group of young men met to plan the overthrow of the predominately Christian world-view that still pervaded America. At this first meeting, five men were present: Upton Sinclair, 27, a writer and a socialist; Jack London, writer; Thomas Wentworth Higginson, a Unitarian minister; J.G. Phelps Stokes, husband of a socialist leader; and Clarence Darrow, a lawyer.”

“Their organization was called the Intercollegiate Socialist Society. Their purpose was to ‘promote an intelligent interest in socialism among college men and women.’ These men were ready to become the exponents of an idea passed on to them by an obscure writer named Karl Marx—a man who never tried to be self-supporting but was supported by a wealthy industrialist who, inexplicably, believed in his theory of ‘the dictatorship of the proletariat.’ Although a small group in the beginning, these adherents of socialism more than succeeded in their task.”

“By using the proven method of gradualism, taken from the Roman general, Quintus Fabius Maximus, these men and others who joined with them slowly infiltrated’ the public schools of our nation. By 1912 there were chapters in 44 colleges. By 1917 there were 61 chapters of student study groups of the League of Industrial Democracy. ‘At that time John Dewey, the godfather of progressive education, was the vice-president of the league. By 1941 Dewey had become president and Reinhold Niebuhr, the liberal socialist theologian, was the treasurer.”

The beginning of the end of traditional America had become entrenched. Dr. Stephen K. McDowell, President of Providence Foundation, mentions in his book America’s Providential History that “the loss of Christian tradition, character, and responsibility led to the failure of many banks in the early 1900s. To remedy this situation, power was granted to a centralized Federal Reserve Board in 1913. But this unbiblical economic structure and lack of character produced many more problems. Within 20 years, the Stock Market had crashed, and America was in the midst of the Great Depression.” With the propagation of socialism, people were ready for Roosevelt’s New Deal, such as Social Security and other welfare agencies, which ultimately set up the State as a provider rather than God.”

So here we are, nearing levels of socialism only seen in past welfare states. We, as one nation, are moving right on into 2021 at warp speed. It’s an unknown future with no land in sight. The “land” that we were hoping for was one of principle, ethics, justice, responsible governing, and an honest commitment to The People’s wants and needs. We haven’t seen much of that for decades by Congress. With the possibility of an incoming Biden-administration geared towards pure plurality and relativism, we may have further complicated issues to look forward to.

At this point, maybe a tight chess match move, throwing the educational system into checkmate seems certainly appropriate? Too much indoctrination has penetrated our culture. What we have seen and have experienced today is the resulting violation of our American values and traditions– all since the break of the 20th century. And it has all been done right under our distracted noses.

In closing, there has been a lot of chatter about how Christians should stay out of politics… well, the entirety of The Bible is a sociopolitical history. When Jesus Christ stood silent in front of the Pharisees in their court of justice–he was acting politically defiant in silence. Where do you think our right to remain silent comes from in our Christian-American court of law? It’s time for Christians to pro-actively be involved. Stop shying away from politics, especially when you are freely discussing it tonight at the dinner table.

Daniel L. Smith holds an MA in History from Southern New Hampshire University. He is the author of 1845-1870: An Untold Story of Northern California, found here. His articles, projects, and publications can be found on his website Complex America.

The Fracture of American Culture is original content from Conservative Daily News – Where Americans go for news, current events and commentary they can trust – Conservative News Website for U.S. News, Political Cartoons and more.