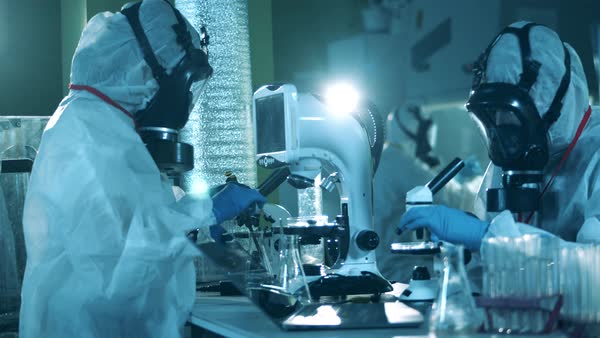 The PCR tests are being used fraudulently.  The propaganda coming from the Center for Disease Control and the Big Pharma companies, along with the corrupt politicians they have bought off is in the open for all to see.  The vaccines are experimental and haven’t worked on animals. And the testing labs for COVID are complicit in the crimes.

Former CBS Healthwatch reporter and author of The Matrix Revealed Jon Rappoport has the story.

Test lab: “This specimen tests positive. The patient is infected with SARS-CoV-2.”

Patient: “Wait. How did you run the test? With how many cycles?”

Test lab: “That information is proprietary. You have no right to know.”

Patient: “Really? The number of cycles can determine the outcome. Change that number, and ‘infected’ becomes ‘healthy’.”

Patient: “I’m sure you do. You’re ruining people’s lives and jacking up case numbers.”

Test lab: “You have no right to question our methods. This is bordering on harassment.”

Patient: “No, this is bordering on the truth.”

PCR Testing & The Mysterious Death Of A Vaccine Safety Advocate

I’ve written about this issue before, several times.

If you, or someone close to you, is being pressured to take the COVID PCR test, ask the clinic or the doctor’s office how many cycles the test will deploy.

Chances are high they’ll tell you they don’t know, and only the testing lab has that information. Ask for the name of the lab.

Call the lab and ask them. Chances are high they won’t tell you. Inform them that the number of cycles affects the outcome of the test. Make them aware you know this.

Except in Florida [1] [2], US labs are under no obligation to inform the patient or the doctor how many cycles the PCR test deploys. They never inform doctor or patient.

Why? Because a crime is underway. The positive or negative result of any given PCR test is hanging in the balance, depending on the number of cycles.

A cycle is a quantum leap in magnification of the swab sample taken from the patient.

Worse, at 35 cycles and above, the tendency of the test is to spit out false-positives.

This is a disaster for the patient, and it results in a flagrant inflation of COVID case numbers, which in turn provide a rationale for the lockdowns.

People at testing labs who have a few active brain cells to rub together know all this. They keep their mouths shut. They’re complicit in the crime.

They’re part of a silent bureaucracy that is there to rule The People.

Here is a further variation on a strategy. If you or anyone close to you is under pressure to take the PCR test, obtain the services of a good lawyer. Have the lawyer demand, before the test, a sworn affidavit from the lab stating how many cycles they’re using.

If necessary, explain why.

If necessary, go to court.

It’s long past the time when labs should be allowed to stay secretive and pose as neutral.

History is littered with examples of faceless bureaucracies that have enabled leaders to commit crimes against humanity. Nazi Germany, the USSR, post-World War 2 East Germany. These days, China.

And now, every other country where rulers are declaring brutal lockdowns.

If a small handful of people who are told to get tested—three or four hundred—demand to know, from the labs, what is going on—how many cycles they’re using—and legal and personal pressure is exerted—the truth will come tumbling out, into the open.

This target of attack will expose a gaping vulnerability in the enemy’s position.

Lawyer: “Very good. We are prepared, with a mountain of evidence, to show that you’re violating universally agreed upon science. Your lab is spitting out false-positives like a fire hose. You’re ruining lives and falsely inflating case numbers…”

Test lab: “We’re just following orders from the FDA and the CDC.”

Lawyer: “I’M JUST FOLLOWING ORDERS. Where have I heard that before? Oh yes, during the Nuremberg trials, after World War Two. That’s what the Nazi bureaucrats kept saying. It didn’t fly then, and it won’t fly now.”

Just so we’re clear, Rappoport is exactly right in tying this right back to the Nazis.

According to The Nuremberg Code (1947), “The great weight of the evidence before us to effect that certain types of medical experiments on human beings, when kept within reasonably well-defined bounds, conform to the ethics of the medical profession generally. The protagonists of the practice of human experimentation justify their views on the basis that such experiments yield results for the good of society that are unprocurable by other methods or means of study. All agree, however, that certain basic principles must be observed in order to satisfy moral, ethical and legal concepts: