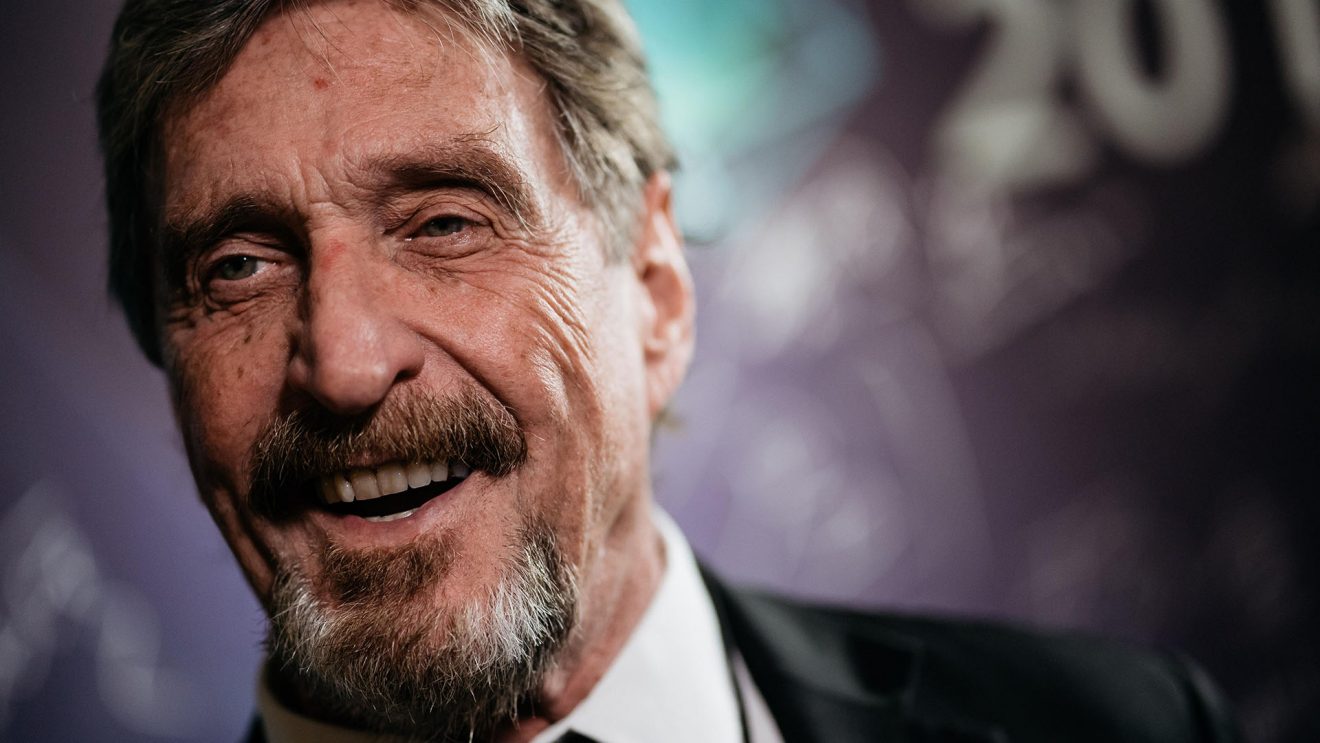 Former presidential candidate and McAfee antivirus software creator John McAfee was confirmed to have been discovered dead in a Spanish prison.

RT has the story.

John McAfee’s death has set off numerous conspiracy theories, tributes and criticism of the extradition to the US the now-deceased antivirus magnate was facing.

McAfee was found dead in his prison cell in Barcelona only hours after a Spanish court approved his extradition to the US, where he was facing charges of tax evasion and other financial crimes.

A statement from Spain’s Ministry of Justice has indicated the cause of death for McAfee could be suicide, a detail that has set off many who see a conspiracy, citing past McAfee tweets where he warned his followers that if it was ever reported he committed suicide, “a la Epstein,” then it was a professional hit.

Problem is: he was claiming to do well in prison and insisted that “if I hang myself, a la Epstein, it will be no fault of mine”🤔 https://t.co/1oyEMPtMbZ pic.twitter.com/J8E5ugsx43

John McAfee did not kill himself.

One 2019 tweet from McAfee, who was known for freely speaking his mind, however outlandishly, warned the former tech mogul was getting “subtle messages” from US government officials that they were going to have him killed and make it look like a suicide. He even showed off a tattoo, reading “whackd,” which Twitter users began turning into a hashtag, along with #McAfeeDidntKillHimself, shortly after his death was announced.

Getting subtle messages from U.S. officials saying, in effect: “We’re coming for you McAfee! We’re going to kill yourself”. I got a tattoo today just in case. If I suicide myself, I didn’t. I was whackd. Check my right arm.$WHACKD available only on https://t.co/HdSEYi9krq

The other tweet warned McAfee’s followers that he was “content” shortly after his arrest in October 2020 in Spain.

The food is good. All is well.

Know that if I hang myself, a la Epstein, it will be no fault of mine.

Imagine if the John McAfee suicide rumors end up being true after he shared this pic.twitter.com/G00Ato6DCK

To add to conspiracy theories, users also began noticing a post – the first in months – to McAfee’s Instagram account of a solo ‘Q’, a reference many connected to the QAnon movement, which connects numerous conspiracy theories to the government ‘deep state’ that McAfee had also been critical of later in life.

McAfee’s death also led critics to blast the US court system and his impending extradition to the US.

“Europe should not extradite those accused of non-violent crimes to a court system so unfair – and prison system so cruel – that native-born defendants would rather die than become subject to it,” tweeted Edward Snowden, himself a fugitive from the US after blowing the whistle on the National Security Agency’s mass surveillance.

Snowden warned that jailed journalist and Wikileaks founder Julian Assange, who is also facing possible extradition to the US, could be next.

Europe should not extradite those accused of non-violent crimes to a court system so unfair—and prison system so cruel—that native-born defendants would rather die than become subject to it. Julian Assange could be next.

Until the system is reformed, a moratorium should remain. https://t.co/tUociySmVy

Other McAfee supporters simply mourned the man’s passing and expressed support for his wife, Janice.

in the wake of this absolutely devastating news, i’d like to send my most sincere condolences to @theemrsmcafee. please think of her, she has demonstrated such courage and resilience throughout this past year. a wonderful lady that deserves all of our support. we love you janice.

Every man dies. Not every man really lives. pic.twitter.com/DnM2cfSHb2

There is no doubt in my mind that this guy was taken out by those that wanted to silence him.

What’s clear is the man told us he would never commit suicide so, the fact the Mockingbird media is telling us it was suicide indicates they are lying.

Will Julian Assange be next? And what of Edward Snowden?