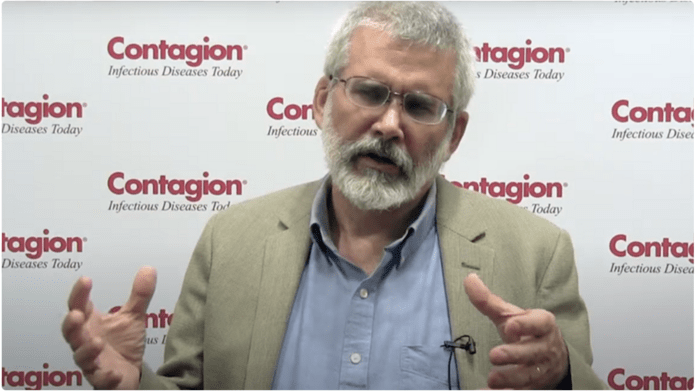 We’ve seen a constant attack on those who are dissenting from the official narrative. From doctors and nurses to medical professionals and journalists who have been warning people about the experimental injections being passed off as “vaccines,” there has been a heavy hand of censorship against them all. Now, Robert W. Malone, MD, the inventor of the mRNA technology that is currently used in the COVID shots was warned that he needed security because he might be assassinated after he questioned the ethics or rolling out this experimental injection without fully informing the public of risks associated with it.

“Last night an experienced journalist told me that I need to get security because I was at risk of being assassinated,” Dr. Robert Malone claims.

Clinical scientist and researcher Dr. Robert Malone made the alarming admission on Twitter on Sunday, claiming that an “experienced journalist” told him his life was in danger for speaking publicly about the risks that come with taking the mRNA jab.

“So, I hope that this is hyperbole and an over-reaction, but last night an experienced journalist told me that I need to get security because I was at risk of being assassinated,” Malone wrote.

So, I hope that this is hyperbole and an over-reaction, but last night an experienced journalist told me that I need to get security because I was at risk of being assassinated. I do not know how to even begin to think about this. I am just a middle class person. Security??!!??

Robert Malone is credited with inventing mRNA technology used in some coronavirus vaccines.

“I do not know how to even begin to think about this. I am just a middle class person. Security??!!??”

Another user noted that Malone, by being such a prominent voice speaking out against the vaccines, risks stopping the flow of billions of dollars.

“That was precisely his point,” Malone replied, referring to the journalist.

To think this wasn’t a possibility is foolish. You’re potentially ruining the flow of billions of dollars.

Several scientists and individuals linked to COVID-19 research or activism have been murdered or died mysteriously over the last year.

Malone started making headlines after speaking on shows like “Tucker Carlson Tonight” to warn about forced vaccination efforts by governments, especially when adverse reactions from the experimental mRNA gene therapy have been documented.

“[O]ne of my concerns are that the government is not being transparent with us about what those risks are. And so, I am of the opinion that people have the right to decide whether to accept vaccines or not, especially since these are experimental vaccines,” Dr. Malone told Tucker Carlson last month, noting that the vaccines are under Emergency Use Authorization and haven’t yet been formally approved by the FDA.

Yes, I’d say he should be concerned enough to not only be a believer in the Lord Jesus Christ, but also to be prudent in taking some measures to ensure his protection in exposing the crimes of Big Pharma and their political pimps in DC.