Many families of 9/11 victims have been pushing for transparency concerning Saudi involvement in the 9/11 attacks. President Donald Trump promised to aid them, but then stabbed them in the back. China Joe Biden is not much different as his executive order released heavily redacted documents concerning Saudi involvement, claiming that it “puts to bed any doubts about Saudi Complicity.”

Following President Biden’s recently signed executive order for the declassification of many of the remaining documents relating to the Saudi role in the 9/11 attacks, the Justice Dept. on Saturday night released its first one – a heavily redacted 16-page report from April 2016.

While not yet considered a smoking gun in terms of proving high level Saudi foreknowledge and complicity, it does contain new information on a Saudi student in California at the time, Omar al-Bayoumi, who is shown to have aided two of the 9/11 hijackers while enjoying close ties with Saudi diplomats. The memo ultimately shines more light on what appears Saudi intelligence continuing contact with some of the hijackers leading up to the 9/11 attacks. 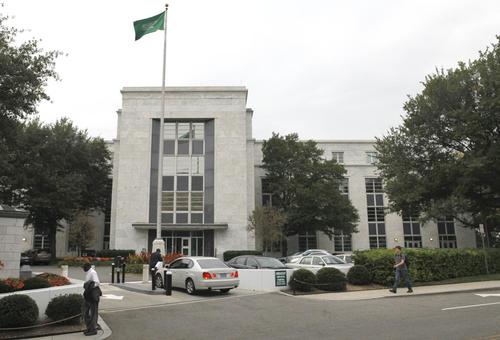 Saudi Embassy in D.C., via AP.

Bayoumi like other persons of interest investigated by the FBI had connections to the Saudi consulate in Los Angeles, and an associate of his maintained “anecdotes of personal interactions with Consular leadership,” when questioned by the FBI.

The now declassified memo reveals that Bayoumi assisted closely in general logistics for two of the hijackers, including travel assistance, lodging and financing, as well as translation help while they were in the country. It says he was in “almost daily contact” with the hijackers. It closely aligns with prior 2017 documents from a Los Angeles court which pointed to Bayoumi being a Saudi undercover operative.

Before & After 9/11: What The Government Has Been Plotting Is Coming To Pass

The new memo cites an FBI source who said Bayoumi held “very high status” at the Saudi consulate in LA – even “higher than many of the Saudi persons in charge” of the diplomatic mission – again strongly suggesting he was an intelligence agent running a covert op on US soil.

And more, according to The Hill:

The report said that a month before the hijackers arrived, Bayoumi checked into a hotel in Culver City, Calif., along with a man whose phone numbers were connected to a spiritual adviser to a Bin Laden lieutenant. Those two men reportedly had associations with the Saudi Consulate in Los Angeles.

Further as The Hill summarizes of the newly released memo, “FBI agents… discussed their examination of phone records that seemed to link some of the subjects of the probe to an associate of Osama bin Laden or other individuals who ultimately became detainees at Guantanamo Bay.” 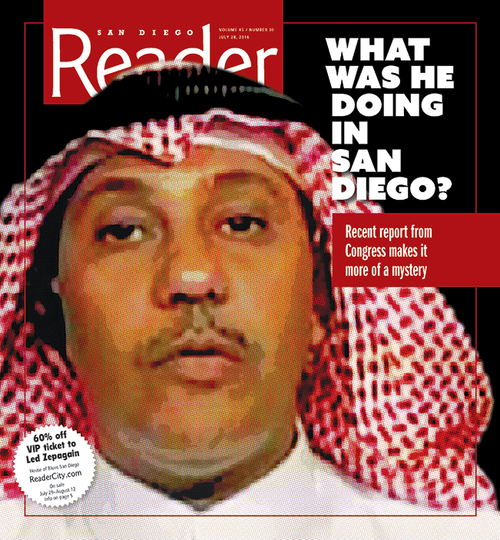 Above: Omar al Bayoumi. 9/11 investigators have long asked “What was Omar al-Bayoumi doing in San Diego? Why did he befriend the 9/11 Pentagon hijackers?”

The newly released memo also discusses Fahad al-Thumairy, an official at the Saudi consulate known to have provided logistical support to the two hijackers.

The FBI found that Thumairy was in contact with al-Qaeda terror cells and that officials at the consulate held “extremist beliefs”. 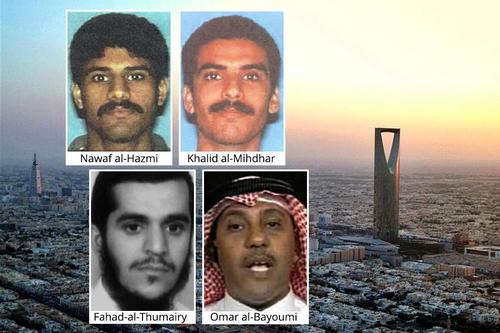 In the wake of Saturday night’s document release, more of which are expected to come out over the next six months the group “9/11 Families United” issued a statement saying it “puts to bed any doubts about Saudi complicity in the attacks.”

“With this first release of documents, 20 years of Saudi Arabia counting on the US government to cover up its role in 9/11 comes to an end,” a spokesman for the 9/11 families said.

“Twenty years ago today they murdered our loved ones and inflicted immeasurable pain and suffering on our lives,” said Terry Strada of 9/11 Families United, whose husband, Tom, was killed in the World Trade Center on 9/11.

“Now the Saudis’ secrets are exposed and it is well past time for the Kingdom to own up to its officials’ roles in murdering thousands on American soil.”