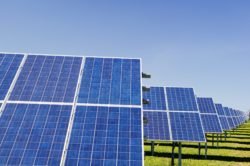 Democrats tout green energy as a “clean” and “renewable” source of electricity. They also say that producing green energy has minimal impact on the environment (that’s a flat-out lie). For those who have been led to believe that green energy is “clean,” I strongly urge them to watch Michael Moore’s jaw-dropping documentary, “Planet of the Humans.”

The 2019 feature length film exposes the Democratic Party’s push for subsidized wind and solar energy for what it is: a brazen environmental hoax that causes eye-popping harm to the environment, while funneling billions of taxpayer dollars to Al Gore and other inside investors in government-backed green energy projects.

Please take the time to watch two movie trailers of Moore’s film, here and here, and then please watch the entire documentary with your family, especially if you have children or grandchildren who’ve been brainwashed with renewable energy propaganda.

China is not the only country that got slammed by the green energy hoax.

A 2012 article trumpeting the alleged success of Australia’s green energy subsidies includes an image of a kangaroo back-dropped by a sun-drenched sky. The image was used to conjure the happy thought illusion of a future filled with a limitless supply of cheap and clean renewable energy. You can see that image here.

Three years later, in 2015, the Daily Signal published an article titled “In Australia, the Green Energy Fantasy Has Collapsed.” Excerpt:

“Following in the footsteps of Germany, Spain and Italy, Australia is the latest country to veer away from the duplicitous path of green energy mandates, taxes and subsidies. Earlier this month, Reuters reported the collapse of the wind power market in Australia, causing the country’s Labor government to pull the plug on state subsidies for the renewable energy industry. Without those subsidies, investor interest evaporates.”

While renewable energy was falling flat on its face Down Under, a procession of doomed-to-fail green energy projects were launched in the U.S., where billions of dollars of taxpayer subsidies funded wind and solar start-ups by politically connected allies of the Obama administration.

To gain support for what turned out to be a long trail of failed renewable energy projects, President Obama repeatedly assured American voters that the projects would not only save the planet, but would also produce an abundance of high-paying green energy jobs, the same thing that was told to voters in Australia.

Voters in Spain were given the same assurance. But in the birthplace of corrida de toros, government assurances that subsidized renewable energy projects would create an economic boom for the ages turned out to be a big load of green jobs bull.

According to a 2009 study at Madrid’s Universidad Rey Juan Carlos, promises of a green jobs bonanza proved to be pie in the sky. The study, conducted by Professor Gabriel Calzada, found that for every green job created, Spain lost 2.2 jobs in other sectors of the economy.

The result? Unable to remain globally competitive, Spanish manufacturers moved in droves to other countries, taking with them many of their most talented employees. With the beleaguered nation’s economy in shambles from having been saddled with stratospheric carbon taxes, unemployment soared to 26% in 2013, forcing Spain to put its green energy bull out to pasture.

During the 2020 presidential campaign, Joe Biden promised voters he would lead the devastated Covid economy to an epic comeback by “Building Back Better.” How? By creating an endless stream of green energy jobs, the same bogus promise President Obama made.

Biden’s campaign website boldly stated that he would “make the largest investment in history in American innovation, including research to unlock and deploy new zero-carbon technologies for the future, and create stable, well-paying jobs across the U.S.”

To trick voters to acquiesce to the knee buckling carbon taxes called for in the Green New Deal, President Biden is using the same renewable energy scam described in Michael Moore’s “Planet of the Humans.” Please be sure to watch the film and share it with your friends and family. Seeing it will forever change the way low information voters look at renewable energy.

The Elmer Gantry of Renewable Energy

Global movements that demand trillions of dollars in new taxes should be judged by the credibility of their most outspoken advocates. In the environmental arena, no one is more outspoken than Al Gore.

Few insiders have personally profited from the renewable energy scam more than the former vice president. When he left office in 2001, his net worth was estimated at $1 million to $2 million. Since then, his wealth has skyrocketed to $300 million. If the New Green Deal legislation he supports is enacted, he stands to become a billionaire.

Much of his enviable fortune has come as an inside investor in renewable energy projects that went belly-up, but not before politically connected insiders made off with millions, leaving hardworking U.S. taxpayers stuck with the bill.

Like all wealthy eco-preachers, the Elmer Gantry of Renewable Energy uses his immense wealth to indulge in lavish living. When asked by Rep. Marsha Blackburn during his 2009 testimony before Congress whether he personally profits from his advocacy of global warming, Pastor Al professed a vow of poverty: “Every penny I have made I have put into a non-profit deal, the Alliance for Climate Protection, to spread awareness of why we have to take on this challenge. And Congresswoman, if you believe the reason I have been working on this issue for 30 years is out of greed, you do not know me.” If you’ve never seen the tense encounter, you do not want to miss it:

Turned out Rep. Blackburn knows him quite well. As the proud owner of a gargantuan green energy fortune, Pastor Al looked her squarely in the eye and denied making even a penny of profit. If every penny he makes goes into a non-profit deal, how did he end up with $300 million? The same way his alter ego pilfered money from the Lord: by concealing his true stripes.

Photo by Zbynek Burival on Unsplash

China’s Stunning Green Energy Collapse Should Come As No Surprise is posted on Conservative Daily News – Where Americans go for news, current events and commentary they can trust – Conservative News Website for U.S. News, Political Cartoons and more.