A lot of talk has been raised about Robin Sage and Army training. I can remember writing about it years ago at another outlet when concerns came up. I’m not saying those concerns could not be valid at all, but seeing as this training has been going on for 6 decades, I thought it a good idea to inform people who are in a panic about this Army training.

To inform, I’m posting this piece by Aden Tate from The Organic Prepper.

The US Army is about to run its final test for aspiring Green Berets this coming January 22, known as Robin Sage, an unconventional warfare exercise put on by the US Army Special Forces Qualification Course (SFQC). This field training exercise is a 19-day test across approximately 50,000 acres of privately owned land throughout rural North Carolina in which Special Forces must wage a guerilla war against an illegitimate government to free the politically unstable region known as Pineland.

The exercise runs four times every year, and the most recent exercise will last from January 22 to February 4. Should a soldier fail to pass Robin Sage, they fail to become a Green Beret.

Pineland’s legitimate government, which was friendly towards America, has been deposed via a coup. Guerilla forces have now risen up in an attempt to fight against this occupying force, and the Green Berets are infiltrating the country to both assist and train the guerilla forces.

Soldiers start at Camp McKall, where they study as much as they can on their current mission and plan out how they’re going to infiltrate, their linkup plan, and more. To understand the region they are fighting in, soldiers study the history of Pineland through a pamphlet titled Atlantica: A Concise History (which unfortunately, we can’t find a PDF of).

Once this is all accomplished, they’ll be sent “behind enemy lines” deep into the mountains of Pineland. Students are typically dropped in behind enemy lines via parachute (though sometimes by helicopter or truck), where they must engage in a long-distance trek over rough terrain to linkup with the resistance forces.

Once the linkup has taken place, soldiers must then gain the trust and confidence of the local guerilla chieftains by “proving themselves.” Until this has happened, the guerillas are specifically instructed to avoid and distrust all American soldiers in the area. Once this trust has been gained, soldiers then go about training and assisting the guerillas in fighting against the illegitimate government forces (typically role played by the 82nd Airborne).

Prospective Green Berets will teach these guerillas how to conduct patrols, raids, and ambushes, as well as how to use comms tech and medically provide for their fighters. Upon successfully completing their mission, soldiers must safely exfiltrate the environment by helicopter or truck. 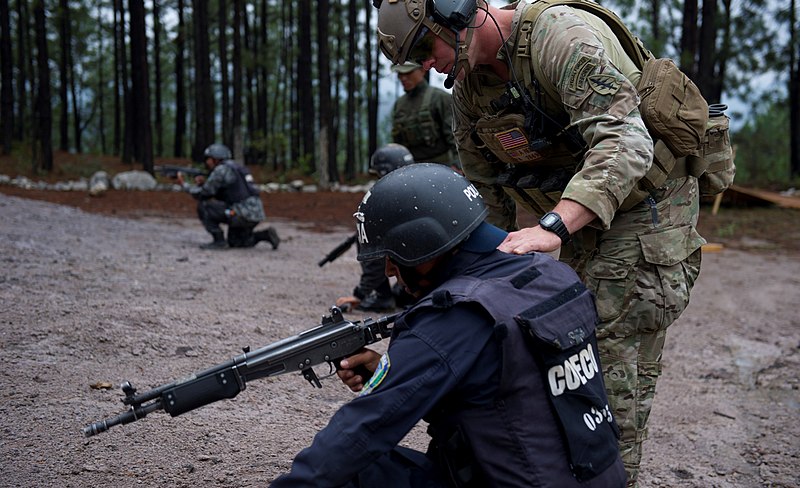 Civilians are used extensively throughout the exercise to both act as role players and to add a sense of realism to the whole operation.

The History of Robin Sage

Some say Robin Sage has been around for approximately 60 years. Others say it started in 1974.

Either way, Robin Sage has been cited as being extremely useful in training soldiers for how to operate a proxy war in regions such as Somalia and Afghanistan. 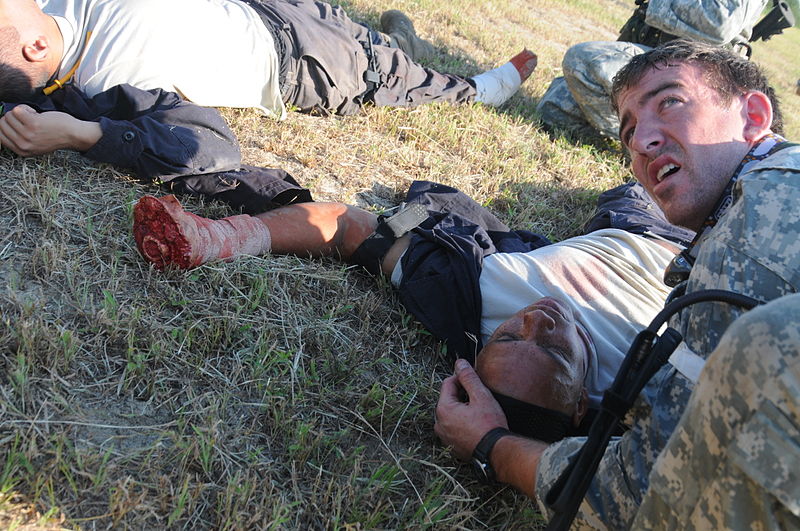 In 2002, one soldier was killed and another injured after they were shot by a sheriff’s deputy who had not been informed that there was an Army training program underway throughout a great chunk of North Carolina. The soldiers were in civilian clothes and driving a car when the officer pulled them over. Upon peering into the car, the officer saw a partially disassembled M4 rifle.

Believing he was in imminent danger, the deputy pepper sprayed the soldiers to subdue them. The soldiers resisted, thinking this was all a part of the exercise, and then the deputy drew his pistol and shot them.

Ever since then, police throughout the region are instructed when Robin Sage is underway, and all soldiers wear an armband designating them as Robin Sage students.

What’s My Analysis of Robin Sage?

There has been a lot of speculation as to why this exercise is taking place, with the predominant theory that this is an exercise to train US soldiers in how to conduct operations against the American people.

The rural mountains of North Carolina aren’t similar terrain to Afghanistan, and it seems as if the arid West would be a more life-like location to train soldiers to fight in the Middle East. That being said, training principles are a rather broad brush, being applicable to a wide variety of terrains, regardless of where you learned them. If one learns how to “win hearts and minds” in North Carolina, the lessons learned will work in a wide variety of places.

There’s a bit of back and forth in the news media on who the bad guys are throughout Robin Sage as well. Some sources say that it’s seasoned “freedom fighters” that the Army is training on fighting against (such as HERE, HERE, and HERE).

Immediately, this raises the question as to why the military would be training troops to fight against those who are fighting for freedom?

However, the Army itself says that it’s the guerilla fighters who are the good guys. Unless the sources which said soldiers are being trained to fight against freedom fighters were referencing the 82nd Airborne (the OpFor), their statements wouldn’t seem to make sense. The only other explanations I can think of would be that the coup members are those who call themselves the freedom fighters, or that Robin Sage had been restructured. I haven’t found anything attesting to this restructuring in my research though.

Personally, I’m of the belief that this exercise is training as usual. Our soldiers have been training for both sides of guerilla warfare for years, and the more one looks into this, the more I believe this is just standard training.

Are there scary things happening with our military? Absolutely. (See HERE, HERE, and HERE)

But at least right now, this seems like standard training to me.

The Organic Prepper will always do what we can to provide fair analyses of what is going on. We rarely trust the established narrative of just about anything. But that’s because we have a mountain of sources and information behind our position. We strive to do the same thing here.

Is it possible that something like this can turn into a mindset to use US troops against citizens? It’s possible, even likely under the current administration, but the fact is that this is nothing new. So, let’s train ourselves, let’s restore the common law grand juries and let’s restore the constitutional militia and be doing some training of our own in every county of every state of the union!