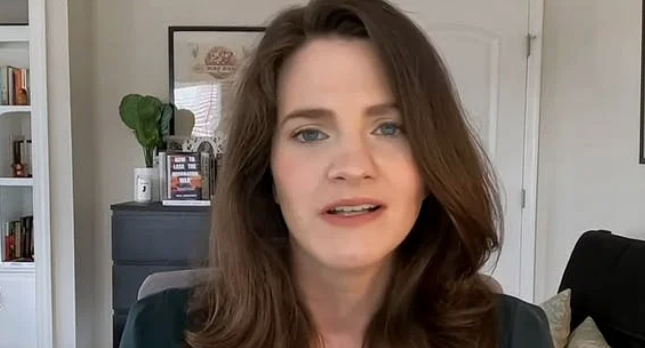 Yes, the complete nutjob, Nina Jankowicz, that Joe Biden appointed to be over his unconstitutional and treasonous Ministry of Truth to deal with what they call “disinformation” has resigned.

The head of the newly created Disinformation Governance Board resigned on Wednesday after reports that the board was suspended.

Nina Jankowicz was tapped to lead a Department of Homeland Security board last month, which was tasked with tackling disinformation from foreign countries aimed at the U.S., but resigned today after the Washington Post reported that the board was suspended.

Jankowicz’s appointment was met with ire from conservative lawmakers and media, who pointed to past tweets around the Hunter Biden laptop saga as Jankowicz spreading disinformation of her own. She was also criticized for a CNN segment in 2020 where she warned of “general concern about Trump supporters potentially showing up armed to the polls.” The board itself was also criticized by the right, with many referring to it as the “Ministry of Truth,” the all-encompassing propaganda ministry in George Orwell’s 1984.

“I joined the Department of Homeland Security to be the executive director of the Disinformation Governance Board with the intention of supporting the Department’s important work addressing disinformation that affects the homeland,” she said, in a statement provided to CNN. “With the Board’s work paused and its future uncertain … I have decided to leave DHS to return to my work in the public sphere.”

While she claims it was “deeply disappointing” that some pointed out that the board was actually an anti-American criminal agency, the reality is that we were right in calling it out. She should have been arrested for heading it up if the alleged “good guys” in DC had any integrity at all. However, they don’t and how do I know? They’ve yet to remove or even suggest the removal of Joe Biden and Kamala Harris from office.