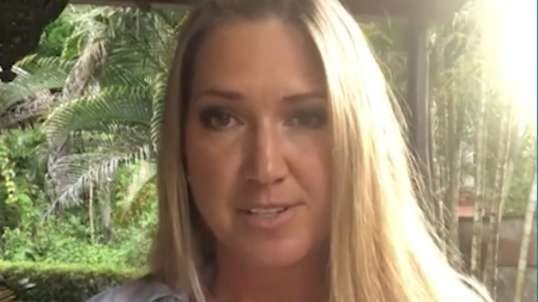 Dr. Carrie Madej was involved in a small plane crash alongside her boyfriend.  Both are in the hospital with multiple fractures, and her boyfriend has a broken back and fractured skull.

Dr. Madej’s website is hosting a zoom prayer this evening at 6:30 PM EST. There are 100 spaces open to anyone who would like to pray. They are also streaming it on Instagram.

For more information, you can email them at [email protected].

Dr. Madej had just texted me on Saturday to state that she would not be doing public speaking events for several months as the medical board is coming after her full force.

A pilot and passenger crashed at Roosevelt Memorial Airport in Warm Springs after reporting engine trouble. The two landed in the field north of the airport, according to the FAA.

It happened around 2:15 p.m. The FAA said they were flying a single-engine Piper PA-24.

According to Michael Watson, the chairman for the Meriwether County Airport Authority, the flight was on the way from St. Petersburg, Florida, near Tampa, to Newnan-Coweta County Airport when it experienced an engine issue as the plane started its descent. The flight was diverted south to Warm Springs, but crashed. Flight tracking website Flight Aware shows the path of the flight before the crash.

The FAA is working with the National Transportation Safety Board to determine a cause for the crash. Neither agency would provide specifics of the investigation.

There was no information about the condition of the two on board.

I have confirmed that Dr. Madej is in ICU and that she is expected to be released possibly on Tuesday.

Please keep her in your prayers.