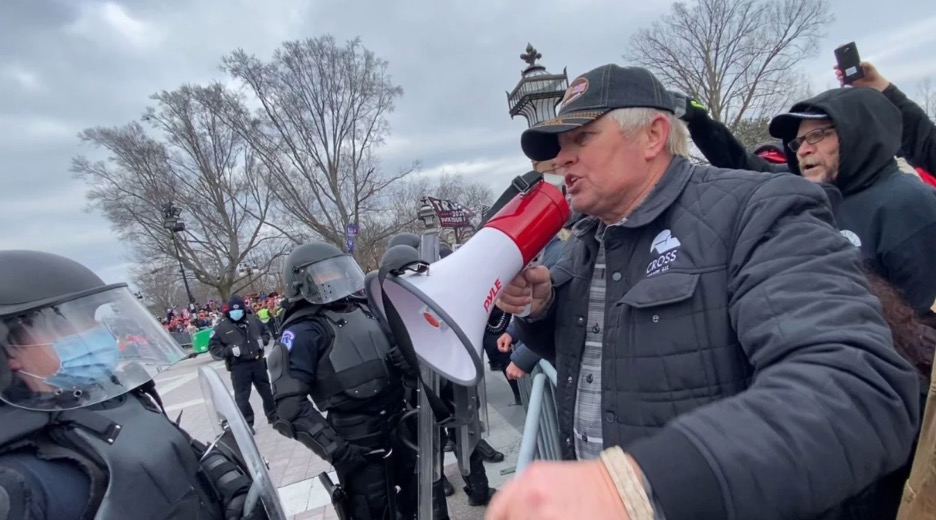 Congress shall make no law respecting an establishment of religion, or prohibiting the free exercise thereof; or abridging the freedom of speech, or of the press; or the right of the people peaceably to assemble, and to petition the Government for a redress of grievances. -Amendment I

What do American expect when they tolerate unconstitutional agencies targeting law abiding citizens? I’m talking about the FBI, ATF, TSA, Department of Homeland Security etc.  None of these agencies are constitutional, not a one (Amos 3:3); and yet, they are terrorizing the law-abiding people within this country.

Furthermore, the DHS already identified who the domestic terrorists are and, once again, it is not corruption within this system of government.  Instead, they have identified those who protest and expose them for who they are (Luke 12:2).

Friends, Americans have every right given unto them by their Maker to protest corruption within (Ephesians 5:11).

That is the history of this country that was demonstrated by our founding forefathers.  Apparently, those who are to serve “We the People” have forgotten this history lesson.

Therefore, there are Christian, patriotic Americans that are taking the time to remind them of that history lesson and they have every right to do so (Deuteronomy 4:6).

The Gateway Pundit reported: Stasi-FBI Arrests Ohio Christian Pastor for His Church Sermon on Stolen Election – And then Walking into US Capitol on Jan. 6 with Bullhorn.

The Biden regime arrested an Ohio Christian pastor this week for his public sermon in church in December 2020 where he refuted the 2020 election results. Pastor William Dunfee later walked into the US Capitol with a bullhorn on January 6th.

The regime raided his home this week — nearly two years after the stolen 2020 election.
God save us!
How dare he challenge the fraudulent election during church!

Tom Fitton responded to this outrageous event. “So Biden DOJ just arrested a Christian pastor for his sermon?”

In court filing, feds allege Dunfee said this to congregation after election ==> pic.twitter.com/Jmc2RFn1WP

The message being given to the American people today BY THESE terrorist agencies is that we are to shut our mouths and bow the knee to our masters at every given directive regardless of if it is lawful or not.  That just isn’t going to happen, friends.

For the FBI to attack the innocent in protecting the guilty is about as telling as it gets (Proverbs 17:15).

We have rights, not privileges, and we must fight to uphold those rights (1 Timothy 6:12), and so we will!

Article posted with permission from Sons of Liberty Media.  Article by Bradlee Dean.