And good riddance!  Perhaps, the demise of the least trusted name in news propaganda, CNN, seems just on the horizon, but don’t count them out just yet.  Their new boss, Chris Licht just announced that “unsettling” layoffs lay ahead in December for the Communist News Network.

In June of this year, new CNN boss Chris Licht claimed that “no layoffs” for the company were pending, specifically noting:

“As it relates to CNN, there are no layoffs per se…A layoff is a downsizing, where you are given a target, and that is not happening at CNN.”

This was after the embarrassing cancellation of the CNN+ streaming service following a massive shortfall in expected audience numbers, and right before the company dropped Brian Stelter from the roster along with his failed show.  It seems that Licht has changed his mind, or had his mind changed for him as he announced layoffs are on the way starting as soon as this December in a town hall meeting for employees.  The meeting followed a memo Licht released to employees at the end of October in which he outlined the seriousness of the situation:

“There is widespread concern over the global economic outlook, and we must factor that risk into our long-term planning…That, by definition, is unsettling. These changes will not be easy because they will affect people, budgets, and projects.” 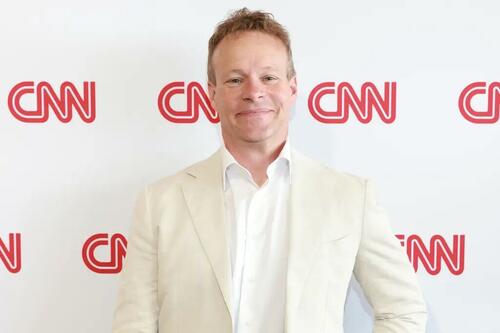 Licht also mentioned during the staff meeting that a new organizational structure would be launched for CNN’s news-gathering operation, as CNN management works on combining the digital and TV sections into a single unit.

The media conglomerate has faced a considerable downturn in recent years with numerous poorly rated shows and a high level of suspicion from US audiences.  The company’s aggressive shift towards editorial reporting and leftist propaganda rather than fact-based reporting created a sour reaction from viewers, and CNN bled watchers in large numbers.

CNN’s terrible performance has compelled action from David Zaslav and Discovery, with the new owners of Warner Media cleaning house and making sizable budget cuts.  Though Licht claims that the cuts are his decision, clearly Discovery is not interested in funding dead-weight companies like CNN any longer.