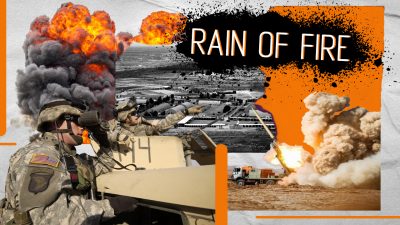 As it was expected, the ‘historic’ UAE-Israeli peace deal did not contribute to the stability in the Middle East. Instead, the situation has been slowly, but steadily moving towards a larger confrontation in the region.

Immediately after the announcement of the US-sponsored peace deal, Israeli Prime Minister Benjamin Netanyahu declared that his country is not going to fulfill one of its key provisions – the suspension of the annexation of West Bank territories. The prime minister emphasized that the annexation plan was just delayed, but not suspended.

“There is no change to my plan to extend sovereignty, our sovereignty in Judea and Samaria, in full coordination with the United States,” Netanyahu said adding that “Israel will have comprehensive peace agreements with other Arab countries without returning to the 1967 borders.”

This unfortunate, but expected statement goes fully in the framework of the Israeli regional policy and contradicts position of the US-sponsored deal reached with the UAE. In particular, Crown Prince Abu Dhabi Mohammed bin Zayed emphasized that “it was agreed to stop Israel’s annexation of the Palestinian lands.”

The Israeli actions strengthened the already existing controversy over the deal and on August 15-16, the situation escalated in the Gaza Strip. According to the Israeli Defense Forces (IDF), Palestinian protesters with explosives tried to approach the security fence and then Palestinian forces launched at least 2 rockets at southern Israel. In its own turn, IDF aircraft conducted a series of airstrikes on what Tel Aviv described as Hamas targets.

If the Israeli leadership keeps its course on the annexation of the West Bank areas, the Palestinian-Israeli conflict will expectedly escalate, and even possibly expand further. For example, in this scenario, an escalation could be expected in the area of the Israeli-occupied Syrian Golan Heights and on the Lebanese-Israeli contact line.

On August 14, Hezbollah leader Sayyed Hassan Nasrallah already declared that the movement “will not remain silent on the crime of the bombing the Port of Beirut if it is proven that Israel is behind it.” According to Nasrallah, Hezbollah would wait for results of an investigation into the Beirut port explosion and if it turns out to be an act of sabotage by Israel then it would “pay an equal price”.

The August 4 blast in the port of Beirut is still surrounded by mystery and uncertainties, and many sources, including the top US leadership, still consider the possibility that the tragedy was caused by some kind of ‘attack’. In this event, the main suspect is Israel, which has always been interested in the destabilization of neighboring Arab states to secure own dominance in the region.

Tensions are also growing between the United States and Iran. On August 14, the Department of Justice announced that US forces have seized some 1.116m barrels of Iranian fuel aboard 4 ships headed for Venezuela. The seizure came amid increasing attacks on US forces and facilities from pro-Iranian and anti-US armed groups in Iraq.

On the evening of August 16, a rocket targeted the Green Zone of Iraq’s capital Baghdad, which houses government buildings and foreign missions. The strike led to no casualties. Just a few hours earlier, the pro-Iranian armed group Ashab al-Kahf released a video showing an improvised explosive device attack on a US equipment convoy in the Anbar area.

The group claimed that the convoy was fully destroyed.

On August 15, two rockets targeted the biggest US military base in Iraq – Camp Taji. The base is located north of Baghdad. On the same day, a convoy carrying logistical supplies for the U.S.-led coalition was targeted on the highway between Dhi Qar and Basrah in southern Iraq. The attack was conducted by another pro-Iranian group, Usbat al-Tha’ireen. Pro-US sources denied any casualties as a result of the attack. These were just the most recent in about two dozen various attacks on US-affiliated targets in Iraq during the past few weeks.

The original source of this article is South Front