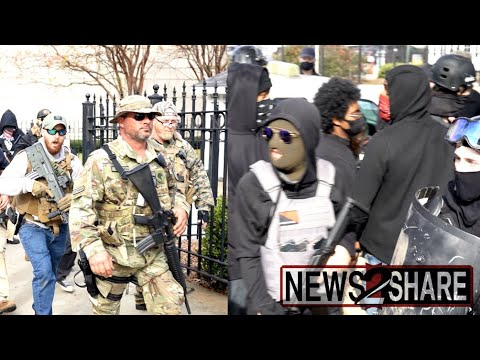 Throughout its history, the Georgia State Defense Force has played a variety of roles in the state’s proud history.

Whether as an armed force or in a support role, the primary mission of the Georgia State Defense Force has not changed in more than two hundred seventy years.

From its colonial roots to the present day, the Georgia State Defense Force continues to be “ready to serve” the needs of Georgia.

A coalition of III%’er militia activists and Trump supporters rallied Saturday in Atlanta, Georgia, where they called for the formation of a “citizen tribunal” to put politicians on trial for “treason.”

Atlanta Antifa counter-protested, also carrying semi-automatic rifles and using a shield wall for cover as police placed themselves between the two sides.

At the conclusion of the rally, it was discovered that the militia activists’ tires had been slashed.

No arrests were made.

This is chilling and is like looking into a crystal ball.

Are You Ready For This?

The Fight for the Soul of Seattle 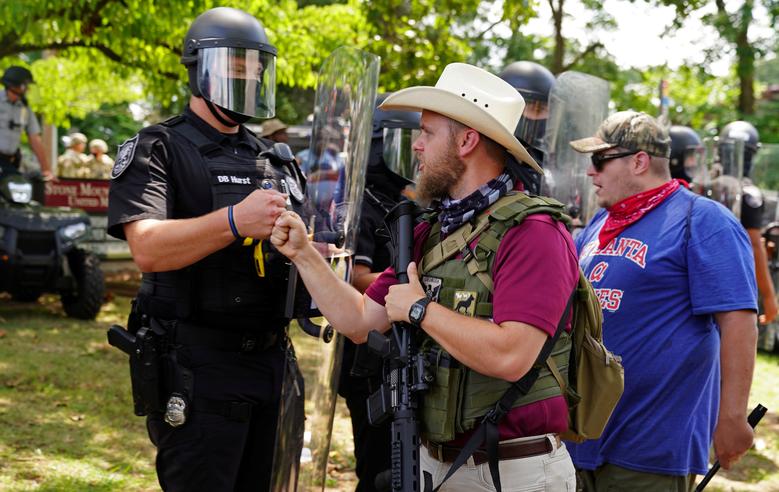