This is not just about the blatantly
stolen 2020 POTUS election. 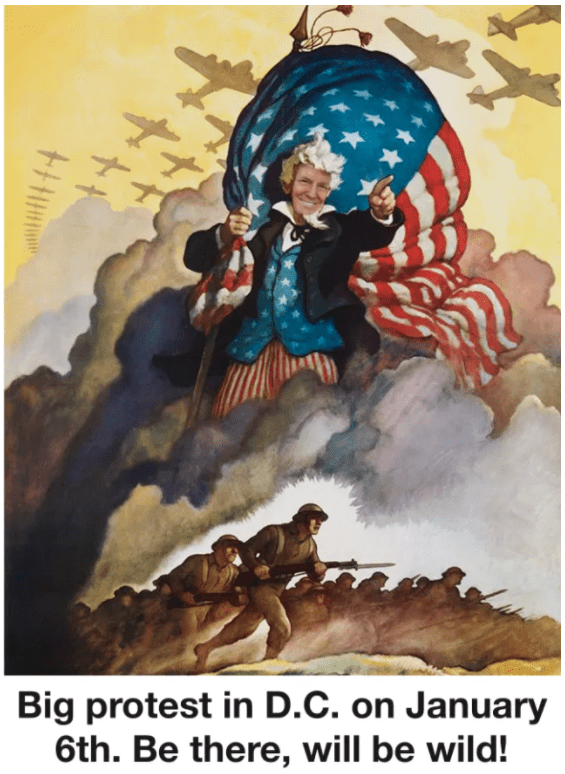 People, the January 6th MAGA March in D.C. is about
everything that’s dangerously wrong with a Globalist-
controlled America.

Exactly what’s wrong with the current “State of the Nation”?  And, how have the Democrats and RINO’s sealed the fate of the American Republic with a bogus Biden victory…unless the Patriot Movement shuts down the Democrat-driven, Deep State-directed, NWO globalist-sponsored juggernaut before Inauguration Day.

For a moment, just consider one evil abomination taking place in these United States non-stop, every day of every year.

Legalized infanticide in several Democrat-controlled state permits a child-bearing mother and her doctor to conspire to murder her newborn infant at birth.

Is there any practice more repulsive and immoral, heinous and depraved, atrocious and shameful, nefarious and vile than that?!?!

Now, this is just one of countless crimes against humanity that have been made legal by various organs of the U.S. Federal Government.  If the American people were aware of all of those abominations, they would chase every member of Congress out of The Capitol Building in a DC flash.

Without question, much of the culpability of this evil governance falls squarely on the shoulders of the U.S. Congress—a profoundly repugnant congregation of political whores who are mostly corrupt attorneys whose allegiance is not even to this Republic. See: The Missing 13th Amendment: *No Lawyers Allowed In Public Office*

The U.S. Congress was actually taken over completely with the passing of the Federal Reserve Act of 1913.  Once the New World Order globalist cabal held that legislative body captive by controlling the purse strings of the government, any US Senator or House member could be quite easily bribed or blackmailed, extorted or coerced into passing any law, no matter how odious.  And so they have!

Back to this Wednesday, the 6th, in D.C.

What’s about to transpire in the nation’s capital is nothing short of the dispensation of God’s judgment.  Old Testament prophets might call it “GOD’S WRATH”.

Truly, a pent-up citizen response to many decades of profound betrayal by Congress against the American people is about to be unleashed.  The Patriots who show up on the 6th, though entirely peaceful, mean business as never seen before in the history of this constitutional republic.  Such a massive protest has certainly not occurred in the nation’s capital.

To the point, once Congress fails to stop the steal, all hell will break loose.  The subsequent unfolding of events will be as unpredictable as it will be spontaneous.  Between the 6th and the 20th of January, anything goes unless justice is properly served concerning the flagrantly stolen election.

But be aware that the power elite, who have used every dirty trick in the book to divide the body politic in order to distract from their ironclad control of the US government, are really PUBLIC ENEMY #1. 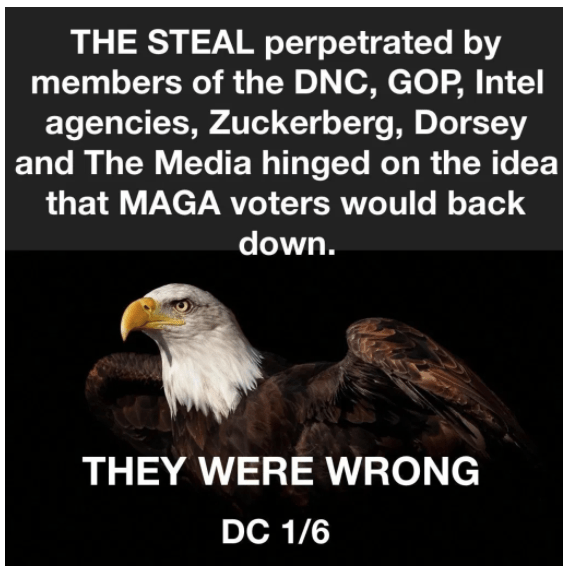 For example, the tyrannical technocrats who run Big Tech and Big Social Media are in the crosshairs like never before.  Their serial violation of the First Amendment has made them all bitter enemies of an overwhelming majority of Americans.  In fact, the utterly demonic Sultans of Silicon Valley will soon have no where to go but to Alcatraz where the island penitentiary will likely be re-opened for their own safety from the coming “torches and pitchforks”.

Many folks know in their bones that the total evisceration of Freedom of Speech alone is enough to dissolve the Congress.  They failed US in so many ways that there’s now no other option but to reconstitute the entire U.S. Congress, but only after writing a new set of fair rules and regulations (which can only be done by True Patriots and Righteous Representatives).

This may be the end of the traitorous Congress.

Because of the present corrupt laws and unjust rules regulating Congress, they have given themselves every out they need this, and every, election cycle.

How many times have We the People heard since November 3rd that the election would be finalized with the conclusion of Electoral College voting process?  Even though many of those votes were cast as a direct result of myriad instances of vote fraud, election rigging, ballot theft and cyber-crimes, the Congress is still expected to rubber-stamp the nakedly fraudulent outcome.

Sorry, Congress, it doesn’t work that way— NOT NOW, NOT EVER—going forward.

Either you ‘elected reps’ do your duty and stop this steal, or you immediately relinquish your roles to serve in public office.  It’s that simple.  Violate your oaths and you are all history.

Should you proceed to facilitate the inauguration of a stone-cold guilty election thief like Joe Biden, then you too are guilty of the same crime … … … and the ongoing cover-up which only gets worse by the day.

Congress, be advised right now:
Don’t Do The Crime If You Can’t Do The Time!

You have until January 20th to fix this thing; so either get the job done or face the wrath of the exceedingly angry nationwide Patriot Movement.

BOTTOM LINE: We the People have learned repeatedly that you, Congress, will only do the right thing when you fear the U.S. citizenry more than you fear your well-hidden globalist masters.  Well, guess what, it’s time to fear us because we live right down the street from you cowardly criminals. Either resign or step up to the plate and redeem yourselves with one last upright response to this in-your-face election theft.

No matter how you look at it, it’s gonna get ugly — VERY UGLY — between now and Inauguration Day.

And that’s only because Congress failed to do their job by way of willful neglect and deliberate betrayal. See: The Greatest Political Betrayal in American History

Through their patently criminal negligence they have pushed Patriots to take a hard stand that will prove to be the beginning of the hot phase of the Second Civil War.

Exactly what that looks like, God only knows.  But this catastrophe was brought on by the Congress  (and past Presidents and Supreme Courts, etc.) … therefore, only they can avert the imminent disaster by Inauguration Day.

Of course, should Biden concede under threat of felony prosecution, the Left has been set up to riot in every city.  The radical Left communists are mind-controlled programmed to burn down the country if Biden is not installed in the Oval Office.  Hence, there’s really no easy way out of this congressionally-caused predicament.  Either way, Civil War II will take place in one way or another.

Lastly, God-fearing Patriots, remember that newborn infants are being mercilessly killed as they come out of the womb—with your tax dollars and sponsored by your wicked government.  Therefore, always understand that:

Oh, and by the way, the treasonous Mainstream Media will be the very first to fall in this final battle of the final war between the forces of light and the forces of darkness.

Treasonous Mainstream Media So Complicit in Election Theft and Criminal Cover-up that…
…Every Corporate Media Co-Conspirator Must Be Shut Down and/or Taken Over Post-Haste!

SOTN Editor’s Note: It’s high time that folks everywhere comprehend the dire state of affairs. (See: WAKE THE F*CK UP! & Let’s. Go. Get ’em.)  Now that Patriots understand that stark reality, there’s likely only one ending after Congress blew up the laboratory for the American Experiment. “They All Need To Be Hung — LIVE — On The Internet ! ! !”