The Diabolical Ironclad Beetle is one of the most resilient beings on the planet. Its protective shell can withstand forces that would pulverize most other living things.

In 2015, when entomologists told Jesus Rivera that a beetle found primarily on the west coast of North America had this “superpower” that allowed it to survive being run over by a car, he didn’t believe them. So he staged a rudimentary experiment, laying this nondescript black beetle on a a pillow of dirt in a parking lot and had a friend run it over with a Toyota Camry, twice. The bug played dead afterwards, but as he was poking it, Rivera realized it was very much alive. The bug scientists were right, this beetle could easily survive being run over by cars. Jesus ended up spending his doctoral career studying the beetle’s superpower to find out what made it so strong. 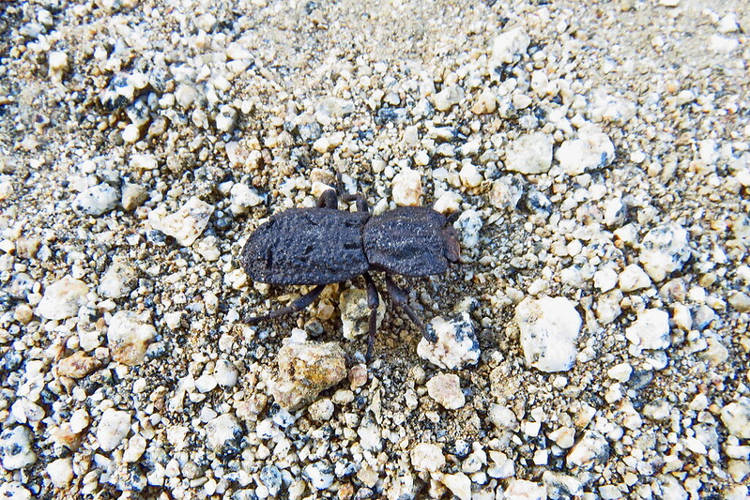