For centuries, people have been asking themselves what the source of the underground spring known as Fosse Dionne spring in France’s Burgundy region might be, but they never got to the bottom of it, because they literally couldn’t get to the bottom of it.

The Fosse Dionne is a huge upsurge of water around which the town of Tonnerre was built. For as long as anyone can remember it has been spewing massive amounts of water, with a flow of around 311 liters of water per second on a regular basis, which can increase to 3,000 liters per second in rainy weather conditions. The Romans used it for drinking water, the Celts considered it sacred, and the French used it as a public bathhouse during the 1700s, but no one has ever been able to locate its source. Many have tried, some have died trying, but the source of the Fosse Dionne remains a mystery. 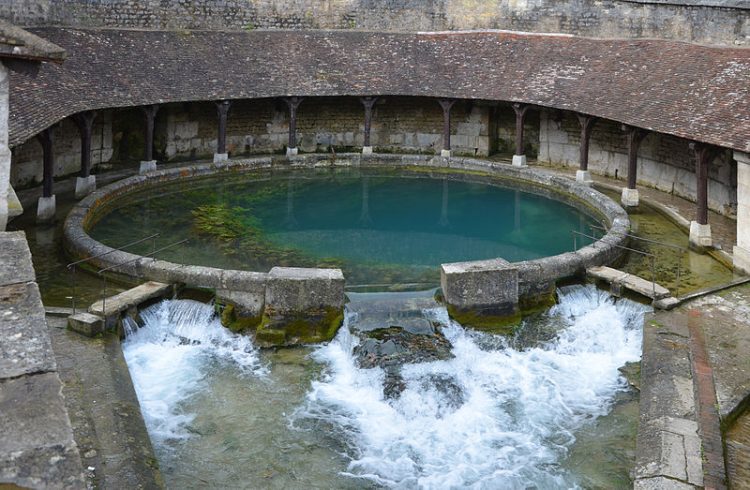 It was around the 18th century that the people gazing into the seemingly bottomless pool of Fosse Dionne started wondering where it could lead. Some claimed that it was a portal to another world, while others were convinced that its bottom was the home of a giant snake.

Decades past and the mystery of Fosse Dionne only became more fascinating. In 1974, two professional divers descended into the limestone rocks’ tight passages, but instead of finding the spring’s source, they found their end, unable to properly navigate the tapering chasm. Then, in 1996, the town of Tonnerre hired another diver to get to the bottom of things, but he died as well.

To this day, no one has been able to reach the source of Fosse Dionne. Last year, the mayor of Tonnerre hired professional diver Pierre-Éric Deseigne to finally solve the mystery. He descended more than 70 m underground, venturing more than 370 meters from the cavity’s entrance, but was unable to reach its source.

There is no denying that the water of the karst spring emerges from a network of subterranean limestone caves, but in this case no one has been able to locate its source, and with the stories of the three divers who died trying to do just this, it’s no surprise that divers aren’t exactly lining up to attempt a dive.