Pheasant Island is a tiny island on the border between Spain and France that alternates ownership status between the two countries every six months.

Located on the Bidasoa River, the natural border between Spain and France, Pheasant Island is a deserted patch of land with a rather fascinating history and political status. It might not look like much today, but hundreds of years ago it was where the Thirty Years’ War between Spain and France finally ended. The two countries sent a couple of their most important dignitaries to the island to negotiate, with their respective armies gathered on both sides of the Bidasoa, in case things went wrong. 11 years and 24 summits later, a deal was struck, and Pheasant Island became the world’s smallest condominium, under the joint sovereignty of the two nations. 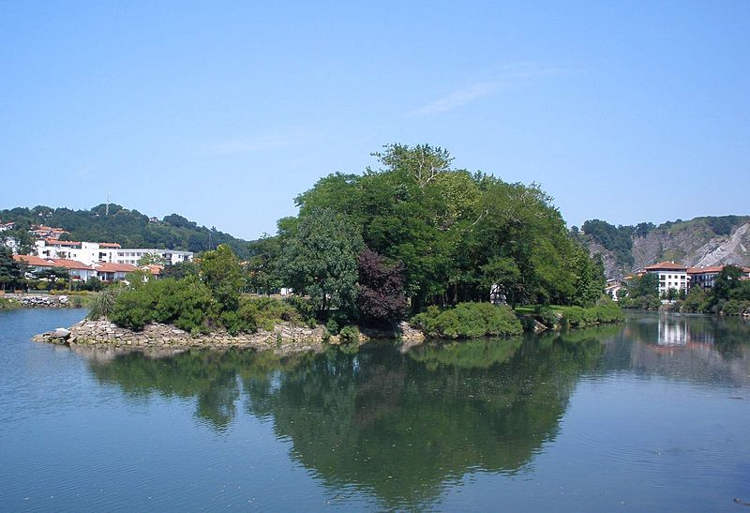