Often weighing in at more than 10 kilograms (22 lbs), the Flemish Giant is by far the largest rabbit breed in the world. They are also extremely docile creatures and make great pets.

Originally a utility breed raised in Flanders, Belgium for its fur and meat, the Flemish Giant eventually became a show breed, due to its high bone-to-meat ratio. Today, they are considered one of the most docile and tolerant rabbit breeds in the world and can make great pets, if raised correctly. According to breed standards, a well-developed Flemish Giant has a large head, long, erect ears, a long and powerful body, and a nicely rounded rump. Unsurprisingly, the world’s largest rabbit is a Flemish Giant rabbit that weighs 49 lb (22 kg) and measures 1.3 m (4 ft 3 in). 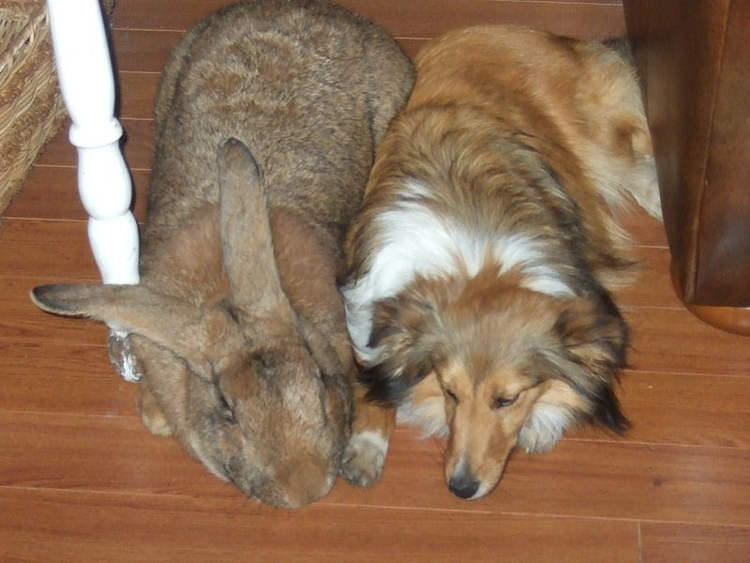