Saudi Who Killed Three and Wounded Eight Had Condemned US as “Nation of Evil” in Hate-Filled Manifesto Just Hours Before the Attack - Six Other Saudis Were Arrested, Including Three Who Filmed the Attack, but Initially the FBI “Did Not Know” if it Was a Terror Attack

Saudi who killed three and wounded eight had condemned US as “nation of evil” in hate-filled manifesto just hours before the attack. Six other Saudis were arrested, including three who filmed the attack. But initially the FBI “did not know” if it was a terror attack

By Julio Severo
The military Saudi who launched an armed attack in a classroom at a naval air station in Florida on December 6, 2019, killing three and injuring eight before being shot dead by officers, condemned the United States as a “nation of evil” in an online manifesto. 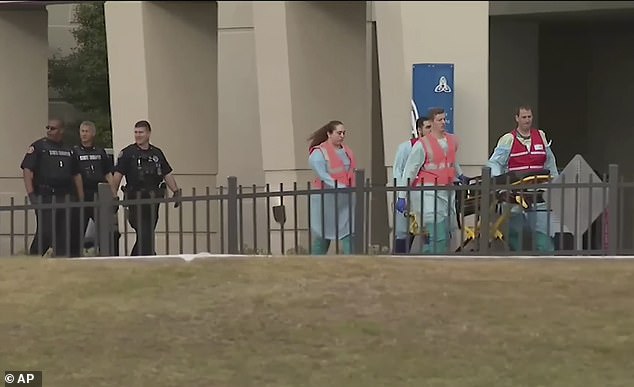 Mohammed Saeed Alshamrani, who was a Saudi Air Force aviator in a flight training program for foreign military personnel at Naval Air Station Pensacola, posted a short manifesto to Twitter where he claimed to be “against evil.” He explained that this evil was America.

“America as a whole has turned into a nation of evil,” he said.

Source: http://lastdayswatchman.blogspot.com/2019/12/saudi-who-killed-three-and-wounded.html
BeforeItsNews Announcements
Step 1: Get the Telegram App & Get Stories Direct to Your Phone or Computer Without Censorship! Get the Telegram App in the App Store or at
https://telegram.org/