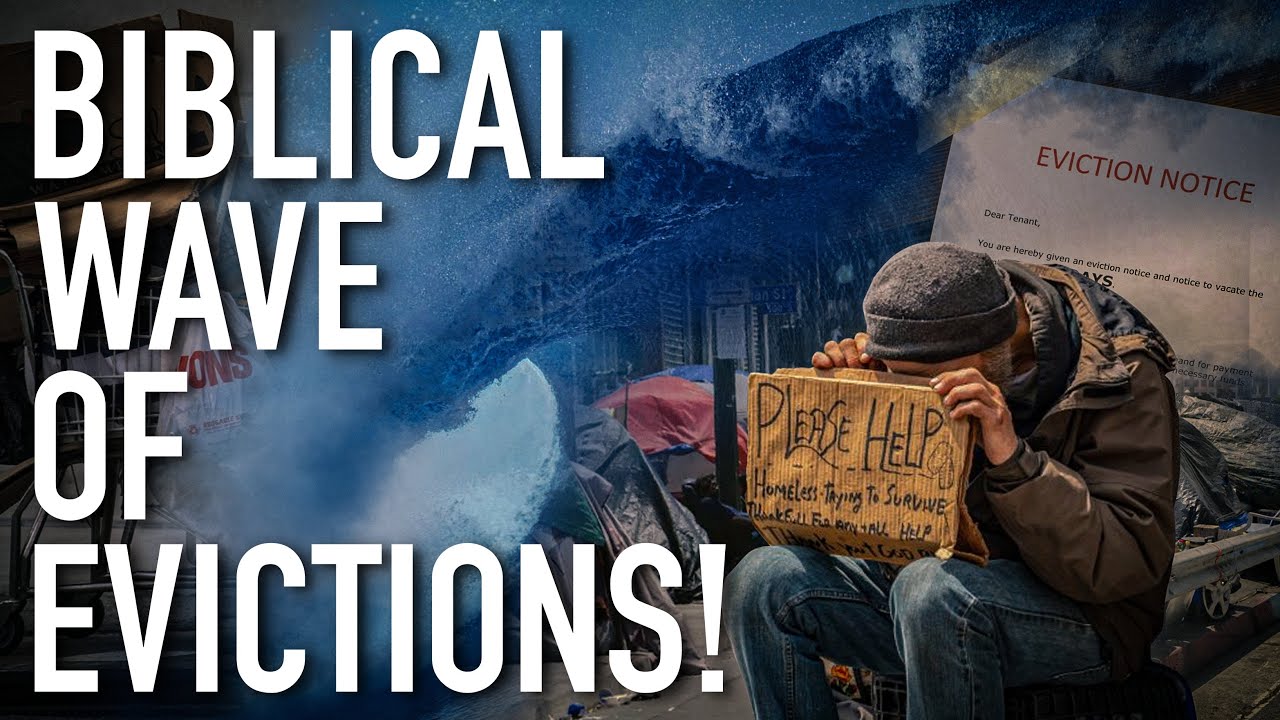 The House Of Cards Is Falling, There Is No Stopping What Is Coming!

All those stay at home orders that were supposed to spare individual lives have taken an ironic turn as the pandemic-induced economic collapse will now cause countless Americans to lose the very same homes they have been stuck in for months.

With no signs of a recovery on its way, second waves of the pandemic rocking the country, and federal aid that is soon to expire, millions of people face dramatically and rapidly deteriorating financial circumstances.

To give you an idea of just how precarious the situation is, consider this.

According to data sourced by online rental platform Apartment List, nearly a third of US households were unable to pay their July housing bills in full, a modest increase from statistics recorded in June.

That means upwards of 28 million people will soon be in serious danger of eviction and homelessness if they can’t find new income streams or if the government does not extend emergency aid measures.

Of those that participated in Apartment List’s survey, only 13 percent could pay part of their rent or mortgage for the month, while 19 percent failed to make any housing payment at all.

Renters were most affected, with 36 percent unable to pay, while the statistics for homeowners sat at around 30 percent.

Studies have shown that renters are typically younger and therefore more likely to work in sectors that have been heavily affected by the pandemic, like restaurants, bars, and retail.

And, like we have seen in so many other instances, the pandemic is only worsening pre-existing problems.

The Aspen Institute, an international nonprofit think tank, found that even before the current unemployment crisis, 40 percent of renters in the US were cost-burdened.

Now, the number of Americans that are struggling to afford basics like monthly housing bills has been pushed to an all time high.

In this video, we are going to break down the latest data on the housing crisis that is poised to sweep the US as federal aid expires and millions of Americans fall on some very hard times. We’ll tell you who will be most affected, where the government has failed to act, and how this latest woe will exacerbate other side effects of the pandemic as well.

As with many other elements of the pandemic, the most at-risk members for eviction are minority groups.

Experts have said that black and Latino households are at greater risk of losing their homes, and of course low-income individuals will be hit the hardest as they often have little to no savings to rely on in catastrophic times like these. Unfortunately, many of these late, partial, or missed payments will not be just a one-time issue.

Apartment List warned that delayed payments for one month more often than not will be followed by missed payments the next month, especially as economic conditions continue to deteriorate across the country.

In support of this claim, research shows that 83 percent of households who paid their May housing costs on time and in full did the same in June.

On the other hand, only 30 percent of households who were late on their May payments successfully handled their June bills.

Without much significant recovery in the way of jobs or the economy at large, tens of millions of Americans have been dependent on unemployment benefits to get by. In a brutal perfect storm, unemployment benefits expire at the end of this month along with other emergency measures like eviction moratoriums and forgiveness on late payments.

As countless individuals and households lose their only form of income, what happens next will be a wave of evictions on a scale unlike anything the United States has seen before.

Of course, that crisis played out over the course of several years. Now, that figure could reach 28 million people between now and September, in the span of just over a month.

This comes at a particularly brutal time, as record heats have been recorded all across the country.

A high pressure heat dome is set to blast more than 80 percent of the US with temperatures exceeding 90 degrees Fahrenheit for the next couple of weeks. States from California to Alabama put alerts in place as they saw temperatures spike to 10 to 15 degrees above average.

Moreover, a spike in homelessness could also worsen future waves of the pandemic. If millions of Americans do not have access to basic shelter and other necessities, spread becomes far more likely and cases will skyrocket once again. ——

Most of artwork that are included with these videos have been created by Epic Economist and they are used as a representation of the subject matter.

The representative artwork included with these videos shall not be construed as the actual events that are taking place. Anything that is said on the video is either opinion, criticism, information or commentary. Supporting Article: The Treatment for All Viral Infections They Don’t Want You to Know About, Including AIDS/HIV & COVID -19, Why?