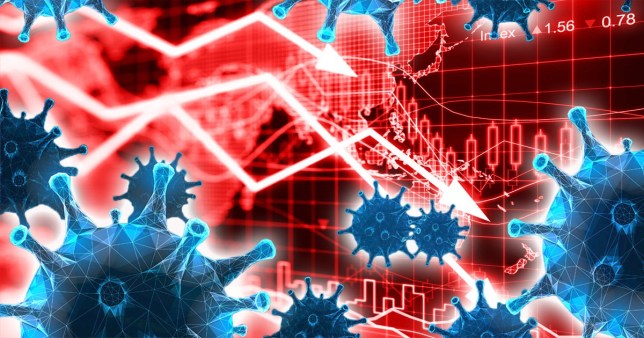 We are undoubtedly living (in) one of the most serious economic and social and crises in modern history. In some regards, we are living history and we are unable to comprehend the logic of the corona virus pandemic.

What is at stake is the pretext and the justification for closing down national economies worldwide based on a public health concern.

We have to understand the causalities. Closing down an economy, nationally and globally does NOT resolve the pandemic. In fact, it creates a situation of INSTITUTIONAL INSTABILITY.

It also results in massive unemployment, confinement of people in their homes, without employment, without food . . . That is what we’re living.

There is NO justification for closing down national economies based on a public health concern, which can be resolved, and SHOULD be resolved!

There is a very complex decision-making process, which has been PLANNED WELL IN ADVANCE. From ‘central authority’, governments are instructed to close down their economies and then, in turn, the governments instruct people to implement social engineering, not to meet, not to have family reunions . . .

And, essentially, what we do not understand, and which is fundamental, is that economic activity is the basis for the reproduction of real life. By that I mean, institutions, purchasing power of families, a whole series of activities, which have developed in the course of history – economic activity constitutes the foundation of all societies.

And what these measures have resulted in is a massive crisis, in which particularly small and medium sized enterprises are being precipitated into bankruptcy, millions of people have become unemployed, and in many countries this has resulted in mass poverty, famine, among certain groups of the population.

We have ample evidence to this effect and we have to understand that this process of closing down national economies is deliberate. IT’S A PLAN.

And, it’s co-ordinated with the financial crisis which took place in the month of February (2020), which led to massive collapse in banking institutions, stock markets and so on. Economists, conventional economists, have a tendency to say that there’s no relationship between the corona pandemic crisis and the financial crash in February. That is utterly mistaken. The fear campaign, the disinformation campaign, have facilitated the MANIPULATION OF STOCK MARKETS. And we’re (I’m) talking about the use of very sophisticated derivatives, speculative instruments and so on.

What is now happening is that governments have been indebted up to their ears. They’re paying out compensation to companies which have been affected; in some cases it’s generous bailouts, in other cases it’s part of a social safety net coming to the rescue of workers and small-scale enterprises.

And the next stage is the MOST SERIOUS DEBT CRISIS IN WORLD HISTORY. In other words, the levels of employment have crashed and companies are bankrupt. We will have a fiscal crisis of the state. In other words, a dramatic decline in (income) tax revenues due to the collapse in employment, and the  companies (which have not gone bankrupt) are going to deduct corporate losses, of course (on their tax statements). How will the governments around the world continue to govern, finance social programs and so on?

It will ultimately be through a gigantic global debt operation implemented both in the so-called ‘developed’ countries – e.g. Italy, France, United States, Canada – and in the developing countries where it will be more the international financial institutions, the World Bank, the IMF, the regional development banks.

Now, the problem of Western governments is that that debt is NOT REPAYABLE. The Italian government has issued bonds with the support of Goldman Sachs and so on; that was done a couple of months back. And what has happened? Italy’s debt is categorized (by Standard and Poor). . . these Italian bonds, are classified ‘BB’, which essentially means junk bond status. In other words, that means that an entire state apparatus is now in the hands of the creditors. And these creditors are the financial institutions, the banks and so on.

And the next stage is ultimately the confiscation of the State! THE STATE WILL BE PRIVATIZED. All the programs will be under the helm of the creditors. We can say, “Goodbye” to the welfare state in Western Europe. Why? Because the creditors will immediately, following what they did in Greece a few years back . . . they will immediately impose austerity measures, and the privatization of social programs, the privatization of anything that can be privatized – cities, land, public buildings.

And, in other words, we are living a very important evolution because the State, as we know it, will no longer exist. It will be run by private banking interests, who will . . . and they’re already doing that . . . APPOINT their governments, or their politicians, their corrupt politicians, and essentially they will take over the whole political landscape.

That is happening in a number of countries. And in some countries they have even instructed the governments NOT to debate (in parliament) the enormous debts which have been accumulated in the last few months as a result of the pandemic, which now are the object of financing by these powerful financial institutions. In Canada there was an agreement between Prime Minister Trudeau on the one hand and the leader of the opposition – NO DEBATE in parliament on $150 billion of debt, which then has to be covered through public debt operations and loans from financial institutions.

And essentially the scenario that we are living. . . which is unfolding is that, on the one hand, the real economy in the course of the last few months starting in March, well, in fact, starting in February with the stock market crash is in a state of crisis, production activity has been affected, trade has been affected. Millions and millions of people are going to be unemployed, without earnings, and it’s not only poverty – it’s poverty and despair. It’s the marginalization of large sectors of the world population from the labour market. There are figures on that, published by the ILO (International Labour Organization) that in fact, at this stage, it is premature to even start estimating these impacts.

We can look at it country by country. We can see, for instance, that in developing countries the informal sector, let’s say in India or in certain countries in Latin America, (such as) Peru, a large sector of the labour force is involved in what is called the ‘informal sector’; self-employed, small-scale industries and so on. Well, this has been COMPLETELY WIPED OUT and the people affected are left very often, homeless. The only choice they have is to do it to go back to their home villages and in the process they are the victims of famine and a situation of TOTAL MARGINALIZATION.

The global health crisis pertaining to covid has been MULTIPLIED. People have been confined, they have fallen sick, they have lost their jobs, and at the same time the whole health apparatus has been in crisis, unable to function.

What we have to understand is that this process HAS TO BE CONFRONTED! There has to be an organized opposition. This is a neo-liberal project! It’s neo-liberalism to the extreme.

Now, bear in mind that today, what we have, (is that) in some regards, the stock market crash used speculative instruments, insider trading, but also the fear campaign to implement what is THE MOST SIGNIFICANT TRANSFER OF WEALTH IN WORLD HISTORY! In other words, everybody loses money in the stock market crash and the money goes into the hands of, you know, a limited number of billionaires. And there have been estimates as to the enrichment of this class in the course of the last three months. I won’t get into details. So that, this, in a sense, this crisis of February, the stock market crisis, sets the stage for the lockdown.

And on (the topic of) the lockdown, we can call it by another name. The lockdown is the CLOSURE OF THE GLOBAL ECONOMY! It is an act which instructs national governments to close down their economy, and they obey! That’s what we call, ‘global governance’. But it’s an imperial project. They obey and they close down everything.

And then they they try to convince their citizens that this is all for a good cause, we are closing down the economy so that we can save lives due to covid-19. That is a very strong statement and at the same time the statistics on covid-19 are the source of manipulation.

I won’t get into that particular dimension but I can say in all certitude that the impact of this crisis is so dramatic, the economic crisis, that it DOESN’T COMPARE to the impact of covid-19, which, according even to people like Anthony Fauci, is comparable to the seasonal influenza. They’ve written that in their peer-reviewed articles.

What they say online, on CNN is a different matter. But they do not consider covid-19 as an ultimate danger of all dangers. It’s not. There are many other health pandemics affecting the world. That does not mean that we shouldn’t take it seriously but we should understand, it’s common sense, it’s not by closing down the global economy that you’re going to resolve this pandemic.

So somebody’s lying, somewhere. And in fact, the lies are ‘becoming the truth’, they’re becoming part of the ‘consensus’ and THAT IS EXTREMELY DANGEROUS.

Because when the lie becomes ‘the truth’, there’s no turning backwards.

And we notice how independent scientists, independent analysts, are being CENSORED,  that we have many doctors and nurses and scientists, virologists as well as economists who are speaking out. And you just have to look at the figures, the millions and millions of people who are unemployed as a result of this.

So, what we really need is a historical understanding of what’s going on, because closing down the economy through orders from ‘somewhere up there’ . . .

And we can’t ask the Rockefellers, “Please lend us the money” to pay for our expenses, we have to do that on our own.

And that’s why all these NGOs, which are funded by corporate foundations Cannot  . . . I’m not saying . . . some of the things they do are fine but they cannot wage a campaign against those who are sponsoring them, that’s an impossibility.

So we have to implement a grassroots movement, nationally and internationally, to CONFRONT THIS DIABOLICAL PROJECT and to restore our national economies, our national institutions. And, to DENY THE LEGITIMACY OF THE DEBT PROJECT. And to investigate the elements of corruption which have led to this diabolical adventure, which is affecting humanity in its entirety.

This is a war against humanity, implemented through complex economic instruments.