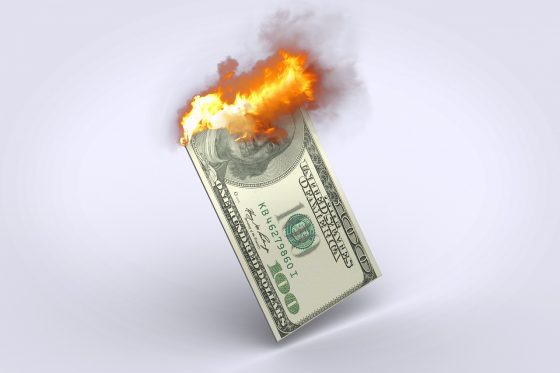 It sure didn’t take long for the Joe Biden era to start resembling the Jimmy Carter era.  Prices are going up so fast that even the mainstream media can’t stop talking about it.  This has already become a major national crisis, and it should be exceedingly obvious to everyone that it is only going to get worse.  The Biden administration wants to borrow and spend trillions more dollars on top of all the absurd spending that has already happened, and the Federal Reserve is going to continue to pump gigantic piles of fresh cash into the financial system.  Collectively, our leaders are literally committing economic malpractice, and if most Americans truly understood what was going on they would be out in the streets protesting against it.

Already, a lot of people out there are becoming extremely alarmed that their food bills are so high.  One of the things that is driving this is the price of corn.  Most Americans don’t eat a lot of canned corn or corn on the cob, but corn has become a key ingredient in literally thousands of other products in our grocery stores.  If you doubt this, just wander through a grocery store some time and look for products with these ingredients…

When you know what to look for, pretty soon you start realizing that corn is in the majority of our processed foods.  They put it in bread, they put it in soda, they put it in baby formula, and food manufacturers are constantly coming up with new ways to stick it into even more products.

Needless to say, this is absolutely horrible for our health, but that is a topic for another article.

America’s biggest cash crop has rarely been more expensive. Corn prices have risen roughly 50% in 2021 and a bushel costs more than twice what it did a year ago.

Corn has been one of the sharpest risers in the broad rally in raw materials that is prompting companies to boost prices for goods and fueling concern among investors that inflation could hobble the post-pandemic economic recovery.

Here in the United States, most Americans will be able to absorb the price increases that are coming, but in other parts of the globe a price shift of this magnitude could mean that millions of families will no longer have enough money to buy the food they need.

Of course it isn’t just the price of corn that is going crazy.  As that same Wall Street Journal article noted, we are seeing wild inflation in many areas of the U.S. economy right now…

Lumber prices have shot to more than four times what is typical, pushing up home prices and obliterating renovation budgets. Copper, a cog of industry found throughout the home and in electronics, hit record prices Friday. Crude oil hasn’t cost so much since 2018 and soybeans are trading at their loftiest level since 2012.

Day after day, inflation is making headlines, and this is going to cause a lot of fear.  As a result, hordes of people will be rushing out to their local retail stores “to stock up”, and this will do a couple of things.

First of all, it will make inflation even worse.  When demand rises relative to supply, that pushes prices in an upward direction, and that is just basic economics.

Secondly, it will intensify our ongoing shortages.  As I detailed the other day, the shortages that we are experiencing now are worse than anything that we went through in 2020, and there will be more shortages in the months ahead.

And as if we weren’t already facing enough problems, one of the most important fuel pipelines in the U.S. was just shut down by a very sophisticated ransomware attack…

One of the largest US fuel pipelines remained largely paralyzed Monday after a ransomware cyberattack forced the temporary shutdown of all operations late last week — an incident that laid bare vulnerabilities in the country’s aging energy infrastructure.

The victim of the attack, Colonial Pipeline is a company that transports more than 100 million gallons of gasoline and other fuel daily from Houston to the New York Harbor.

It is very interesting to note that some in the mainstream media are trying to link this attack to Russia.  Whether that is true or not, we all know where all of this is eventually heading.

These are such troubled times, but most Americans still don’t realize what we are facing.

Sending out big government checks made everyone feel good for a little while, but it came at a great cost.  Creating trillions of dollars out of thin air is absolutely destroying the value of our currency, and once the U.S. dollar is dead there will be no going back.

To me, we just hit a milestone that is extremely telling.  If you can believe it, the total value of all cryptocurrencies is now greater than the value of all U.S. currency currently in circulation…

Cryptocurrency has hit a significant milestone: It’s now worth more than all US dollars currently in circulation.

This is utter madness!

But this is what can happen when the Federal Reserve electronically pumps trillions upon trillions of new dollars into the financial system.

An inflationary collapse is in the process of unfolding right in front of our eyes, and I am certainly not the only one loudly warning about this.  Earlier today, I came across a piece that was authored by Dr. Don Boys…

I am yelling fire because fire is raging. Mixing metaphors, the storm is not coming; it’s already here. America’s financial house of cards will fall, taking other nations with her. Thoughtful Conservatives must inform people of imminent danger because families will be disrupted, businesses will fail, couples will be divorced, and children will suffer immeasurably.

The economy has faltered, is failing, and will fall.

I see no way out of the coming collapse. Sometimes politicians make such a mess of things that there is no way to correct or solve the mess. It’s almost like being in a small boat on a raging sea, unsure how far you are from the coast you left and the distance to where you hope to dock. You keep going hoping to stay afloat; however, our “boat” is overwhelmed with accelerating debt.

For years we have been marching toward this sort of a disaster, but now that march has evolved into a full-on sprint.

Everything that the “economic alarmists” have been warning about is starting to happen, but this is just the beginning.

Much worse is still to come, and the fall of the U.S. economy is going to absolutely shock the entire globe.

The post Yikes! Corn Prices Are Up Roughly 50% In 2021 As Americans Brace For Years Of Horrific Food Inflation first appeared on The Economic Collapse.