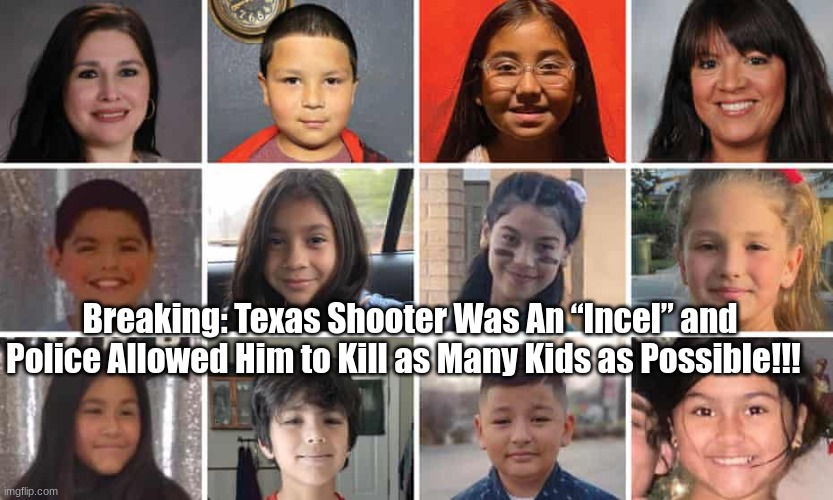 The Uvalde Texas school shooter Salvador Ramos was an INCEL aka someone who is “involuntarily celibate” who was already known to police and who had been making violent threats against women online. Police were already aware of Ramos after being called over disputes with his family and the Uvalde police had an active AI program designed to detect this kind of online activity.

Despite knowing what they did and having the tools they have the Uvalde Texas Police made the decision to stand down while also ordering other agents of the state to do the same and stand down while the active shooter was still inside where kids were calling 911 from their deceased teachers phone.

In this video Dan Dicks of Press For Truth examines the LIHOP/MIHOP scenarios as being most likely as more and more evidence continues to come in that this was not necessarily an epic failure by the Texas police but instead it looks like things went pretty much exactly according to plan.