(UN News)* — The recovery of the global jobs market is going into reverse, the UN labour agency, ILO, said on Monday [23 May 2022], blaming COVID-19 and “other multiple crises” that have increased inequalities within and between countries.

© ILO/Asrian Mirza | A woman works in an electronics factory in Cikarang, Indonesia.
In its latest update on the world of work, International Labour Organization Director-General Guy Ryder said that although there had been “tentative signs of recovery in the final months of last year, with global employment returning to higher levels in industrialised nations”, rising food and fuel prices and financial turbulence have destabilised the job market.

The impact of these problems “will be devastating and could translate into social and political dislocation”, Mr. Ryder insisted.

Global supply chain disruption has also been made worse by the war in Ukraine, the ILO chief continued, noting that the full impact of the Russian invasion is unlikely to come into focus for many months yet – although the conflict is already affecting labour markets in Ukraine and beyond.

“To a great extent this nascent labour market recovery has stalled, or gone into reverse,” Mr. Ryder told journalists in Geneva.

According to ILO, there are 112 million fewer full-time jobs today than there were before the pandemic.

Less industrialised economies suffered setbacks in the first quarter of the year with available fulltime jobs down between 3.6 and 5.7 per cent, compared to pre-crisis levels.

“These diverging trends are likely to worsen in the second quarter of 2022,” ILO said, noting that some developing countries were being held back by tough fiscal rules and high debt repayment requirements that the UN Secretary-General has insisted need reforming for an equitable global recovery.

Other key findings from the UN labour agency underscored that many workers are still suffering the impact of the coronavirus pandemic, more than two years after it started. 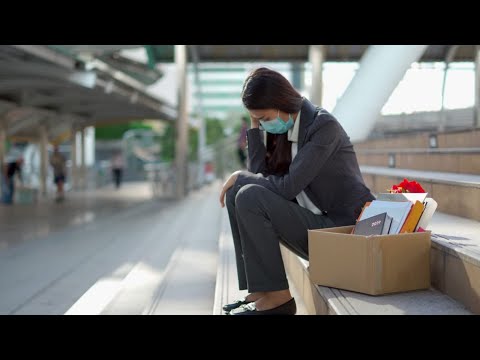 ILO’s Monitor on the World of Work also found that for the majority, incomes have not yet recovered, and in 2021, three in five workers lived in countries where their pay remained below what they earned in the last quarter of 2019.

Women have also been the hardest-hit by the pandemic – especially in low and middle-income countries – the UN agency added, pointing to a 0.7 per cent increase in the number of hours worked by men compared to women, in the first quarter of 2022, measured against hours worked before the global health emergency.

Poor households and small businesses in the informal economy are also “badly hurting” because of the fallout of COVID-19 and the increase in food and commodity prices, that have been caused by disruptions in production and trade exacerbated by the Ukraine crisis, the ILO Monitor explained.