Hours before Iran launched a massive ballistic missile strike on coalition airbases in Iraq, Russian President Vladimir Putin warned Trump that retaliating against Iranian aggression would anger a regional Anunnaki coven and cause the villainous extraterrestrials to expand their happy hunting grounds to the continental United States, according to Federal Service Bureau agent Dimitri Osmosovich.

Despite conflicting data on the Iranian assault, many worldly nations, including Russia and 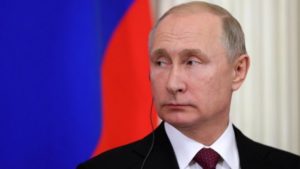 the U.S., had knowledge of Iran’s intent several hours before it launched against al Asad airbase and Camp Taji. The Ministry of Defense, Osmosovich said, had received two-hour advance notice, and a telephone call between Putin and Trump revealed that he, too, was aware of Tehran’s intent. During that tumulus call, President Trump said that if Iran fired even a single round toward American assets, he would set Iran ablaze with more cruise missiles than Iran had bearded men. He told Putin American airstrikes would annihilate Iran’s military bases and nuclear refineries while “boots on the ground” would do a “really, really great and perfect job” destroying the Ayatollah’s Republican Guard.

Putin replied with a dire warning, saying that any attack on Iranian sovereignty would 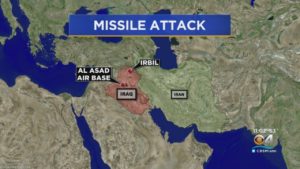 enrage Anunnaki that dwell in the region. The monstrous creatures, Putin said, venerate Iran as sacred ground and have sworn to slay intruders that dare trespass on or attack what they consider their eminent domain. Attacking Iran might draw America into the Russia-Anunnaki war, Putin added. When Trump scoffed at the suggestion, Putin recounted a story of a failed assault on an Anunnaki hive near the city of Mashhad, which borders Iran and Turkmenistan, that left 200 Spetznas dead or mortally wounded. After the attack, the number of Anunnaki in Syria tripled, and the aliens began skirmishing with Special Services soldiers near several border cities in Russia.

Until recently, Trump had not believed Anunnaki were real and had often referred to them

as “Putin’s bogeymen.” In June, however, Putin showed Trump classified photographs that graphically depicted atrocities the Anunnaki had committed against Russian soldiers and Syrian civilians. The images were so violently shocking that Trump shifted his opinion and said he might commit U.S. troops to the Anunnaki War, but not until he wins reelection in 2020.

“On Friday, President Putin let Trump know that if bombs drop on Iran, he won’t have to wait to 2020 to meet the Anunnaki face-to-face. The vile creatures will expedite what plans they have for the United States and descend on his nation like a plague of locusts. Putin told Trump if the Anunnaki attack the U.S. he would not be able to help because his anti-Anunnaki troops and technology are needed in Russia, Syria, Yemen, and Afghanistan. It looks like Trump, though, took Putin’s advice and stopped short of angering the wicked monsters,” Osmosovich said.

Stephen Miller had initially crafted an entirely different speech than what Trump read to the American public on Wednesday morning. The original, harsh script was to be read Tuesday night after America had started its attack on Iran.

Second, following confirmation that Iran had indeed fired on coalition assets, a White House spokesperson said Trump would address the nation that evening, but an hour later announced Trump had changed his mind and would instead speak the following morning.

Third, commanding officers of two Arleigh-Burke Class Destroyers had received orders from United States Naval Forces Central Command (NAVCENT) to ready Tomahawk cruise missiles for an imminent strike, but forty-five minutes later received a countermanding order to stand down. It is possible other U.S. warships and military aircraft in the region got similar orders. 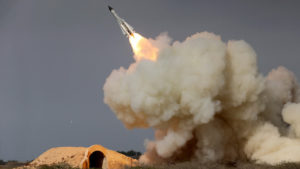 Esper, and Vice President Pence arrived at the White House minutes after the first Iranian missile struck al Asad airbase. While their presence in a crisis is not atypical, their reactions and demeanor toward the president were not commonplace.  Washington sources reported that an intense argument concluded with Pompeo stomping from the Oval Office in a huff, suggesting not all agreed with Trump’s decision to cancel a retaliatory strike.

This information, taken in tandem with Putin’s phone call, eludes to the possibility that Trump on Tuesday stopped America from waging war with an enemy more powerful than any army on Earth.