Is the Pilbara Sino Iron Mine Doomed? Mark McGowan Backing Away From Promise to Help

The West Australian reports that WA Premier Mark McGowan is backing away from his promise to insert a new clause into the 2008 State Agreement between with Clive Palmer’s Mineralogy. The backflip could cost WA 3,000 jobs.
The mining tenements in question are currently being operated by CITIC Pacific and their Sino Iron coal project. CITIC has repeatedly asked Palmer to allow them to expand their tailings dam and waste storage facilities, but Palmer refuses, reportedly as retaliation for his long-standing feud with the Chinese conglomerate. 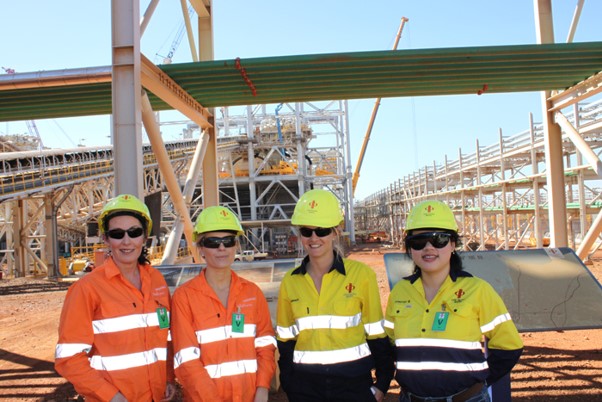 Sino Iron workers on the mine site. What will happen to their jobs?
At a deadlock, it seemed the project would have to shut down. But in April 2019, prompted by the imminent threat to over 3,000 Australian jobs, Premier McGowan intervened and vowed to rewrite the agreement. Backed by his government, McGowan jumped head-first into a much-publicized dispute with Clive Palmer.
In May 2019, things went so far that McGowan labelled Palmer a ‘greedy hypocrite’ who ‘milks’ Chinese investors. Now, in mid-February, The Premier announced he would not be pursuing a change to the State Agreement and called on the Federal Government to handle the situation in his stead.
What happened between then and now? McGowan seemed prepared to go to an all-out-war with Palmer to save Sino Iron. True, changing the agreement now is a bold, unorthodox move. It could mean a lengthy court battle with Palmer for our government. But McGowen knew that at the start and has received the full support of his government and the people of WA who fear the fate of many Pilbara jobs.
Two recent events paint a troubling picture and might help to explain these recent events. First, Palmer hinted he might run in the 2021 local elections in WA. A bizarre article in The West Australian, not repeated in any other outlet, claimed “Mark McGowan and WA Labor now in Clive Palmer’s sights” and “There’s every chance he (Palmer) will (run candidates in WA)”. McGowan, the article said, should be very afraid of such a possibility – Bill Shorten has recently learned what happens to those who find themselves on the other side of Palmer’s expensive political campaigns.
Then, in late December, The West Australian reported a cryptic story – Palmer secretly met Federal Finance Minister Mathias Cormann in a Perth café. At the time, no comment was made on either party’s behalf as to why the meeting took place.
This writer would be quite saddened to hear that McGowen fears for his seat so much that he abandoned 3,000 miners near Karratha. The people of WA are prepared to support McGowen in this tough decision and in the political challenges to come. Despite the prospects for a bitter fight with Palmer, our politicians should know that we elected them exactly for that – their ability to make hard decisions.
In the meantime, this is yet another hit for the coal project, which served as a punching bag for Palmer’s alt-right and nationalist rhetoric close to the last Federal elections. Many in the country still believe the ludicrous claims made by Palmer at the time, that the mine’s small airstrip and shallow harbor could serve for a Chinese invasion. 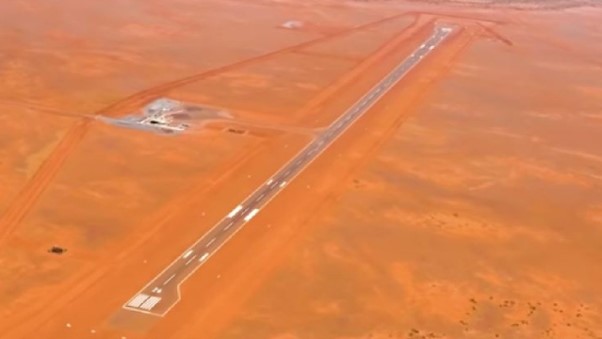 The desert airstrip in Sino Iron Palmer claimed will enable a ‘Chinese invasion’
McGowan once said that if Palmer continued to threaten the jobs at Sino Iron, he would have no choice but to reopen the State Agreement. So why has he now called on the parties to “mediate” instead?
McGowan knows just as well as we do that that mediation will lead nowhere. Both Palmer and CITIC have refused to settle in the past and both are embittered by years of fighting in courts. If the Premier is indeed deserting Australian miners, the significance is clear; Palmer’s money and political connections can discourage even the most well-intentioned politicians. Who, then, will protect the Australians working in the Pilbara?
In Queensland, Palmer has shut down two of his businesses, leaving thousands out of a job. In the Gold Coast, his Coolum Resort shut its gates several years ago, leaving 600 tourism industry workers unemployed. It never reopened. In Townsville, the Queensland Nickel refinery collapsed and went into liquidation in 2015, with 800 miners losing their livelihoods. Many have not been compensated to this day.
A champion for WA miners is needed. Someone not afraid of Clive Palmer. If Mark McGowan is not that man, someone else must step in to relieve us of Palmer’s grip.