Since the Church has just celebrated the canonization of St John Henry Newman, I thought I would share some pictures I took of the famous university church of Oxford, church of St Mary’s, while I was there in August. Newman was appointed vicar of this church in 1828, and became very popular as a preacher; it was also here that John Keeble, on July 14, 1833, preached the famous sermon titled “National Apostasy”, an event which Newman himself considered to be the formal beginning of the Oxford Movement. There was a church on this site before the Norman Conquest, which became Oxford’s very first building, used for lectures, for the meeting of senior members known as congregation, and for the awarding of degrees; however, only one part of the building as we see it today dates from the 13th century, its very beautiful spire, constructed in 1270, with pinnacles added ca. 1320. 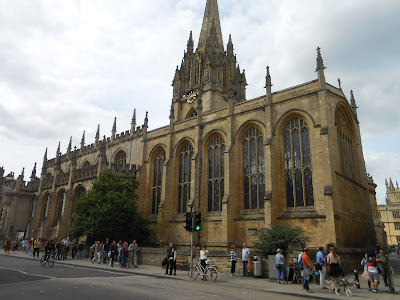 The side of the church on High Street has a Baroque porch added in 1637 by Nicholas Stone, the master-mason of King Charles I; the twisted columns to either side of the door were clearly designed in reference to the ancient columns of similar design at St Peter’s in Rome. Four years earlier, Gian Lorenzo Bernini had just finished the magnificant bronze canopy over the main altar of St Peter’s, which copies the same ancient model. During the trial of William Laud, archbishop of Canterbury, in 1641, which would lead to his execution under the Puritans, this portico with its statue of the Virgin Mary was adduced as evidence of his “Popish” leanings; bullet holes made by Cromwell’s soldiers can still be seen in the statue. 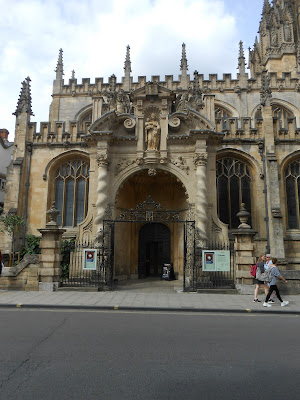 The nave of the church, seen here from the loft at the back of the building, was completely rebuilt in 1510. There was a rood screen that separated the chancel from the nave, which was taken out at the Reformation; the current one, which is much smaller, was installed in 1827. The organ mounted on it is modern, from 1986. 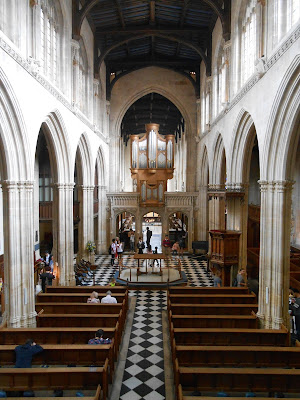 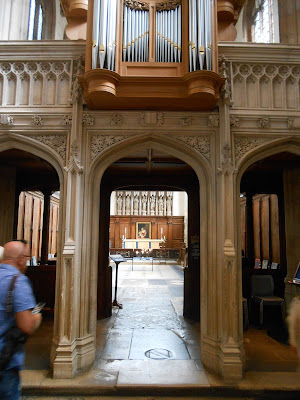 The chancel was completely remodelled in 1453, and is obviously now much less decorated than it would have been originally. The stalls, however, are originals of the late 15th century; the altarpiece of the Virgin and Child is by the Venetian painter Francesco Bassano the Younger. 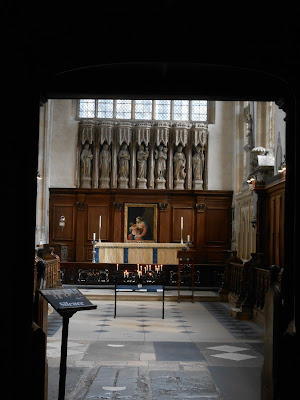 The neo-Gothic baptismal font was added to the church in the later 1820s, along with several other features such as the pulpit in the nave, and most of the stained glass windows. 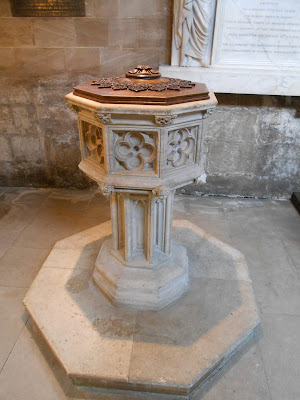 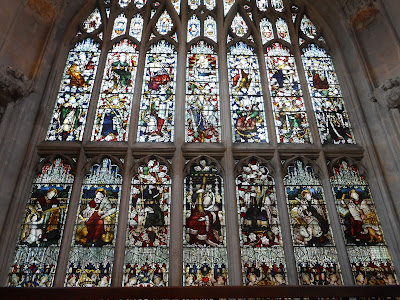 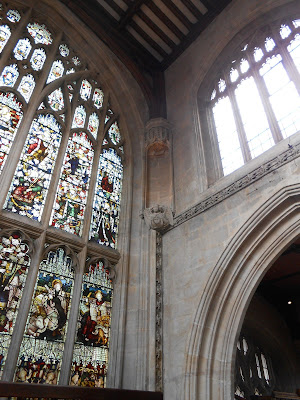 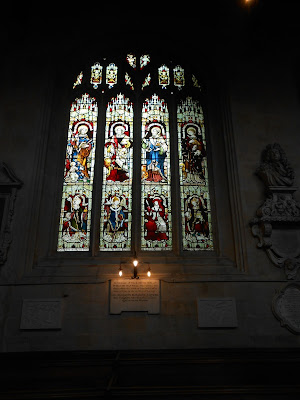 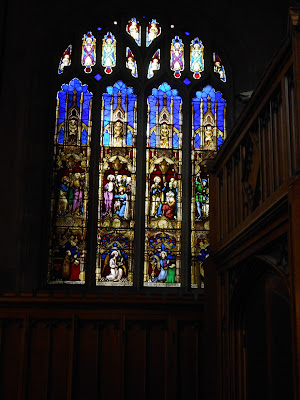 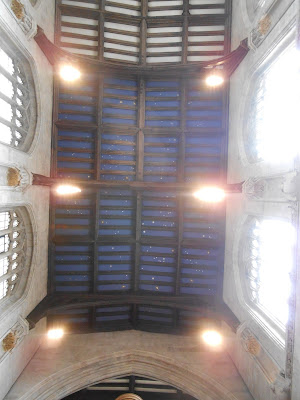 An inscription added to the church in 1966 in commemoration of the Blessed Duns Scotus, an Oxford alumnus, for the seventh centenary of his birth. “John Duns the Scot, of the Order of Friars Minor, who in his lectures at Oxford represented the words of the Psalm ‘The Lord is my light’ (Ps. 26, 1, the motto of the university), with the placing of this stone by his brothers after 700 years is commemorated, in the year 1966.” 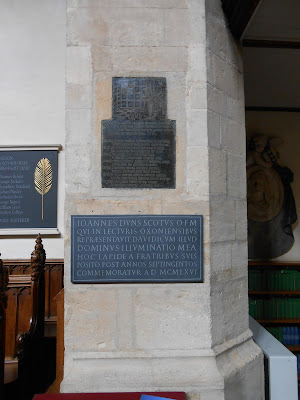 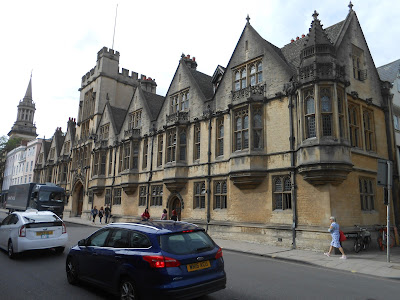