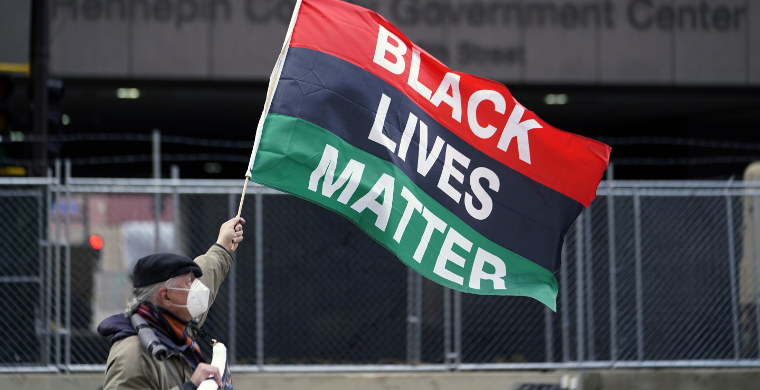 Mahoney said that the “facile relativism” and “toxic and coercive moralism” that characterize social-justice ideology conceals “expressions of the same underlying philosophy” — the religion of humanity. This latest attempt at “a comprehensive transformation of the world” has its genesis in the philosophy of the anti-clerical positivist Auguste Comte, who in 1851 crowned himself the emperor of humanity in the Notre Dame cathedral.

This new religion, according to Mahoney, is characterized by a toxic brew of “doctrinaire egalitarianism” and “aggressive secularism” that is “committed to making religion obsolete.” It rejects Christian and classical-philosophical teachings on “moral and personal self-limitation.” Instead, it favors a “liberationist and emancipatory cultural project” that, in the words of French political theorist Pierre Manent, embodies “liberty without law.”

The religion of humanity promotes the toleration of everything but “hate,” or anyone who has the slightest disagreement with its latest doctrines and dogmas. Mahoney contended that it denies the “permanent things” — theological and cardinal virtues, for example — and embraces the “vacuous idea that unrelenting change is a mark of vitality.” It revels in the “tyranny of the present moment,” seen in the proliferation of the various “isms” that have “deformed contemporary vocabulary.”

Mahoney argued that this new religion “undermines moderation and sober political thinking” in favor of a “dreamy, utopian cosmopolitanism” that rejects the “nation as the vehicle for sustaining our civic and moral heritage.” It is a Manichean ideology that pits racial groups against one another, at odds with the very idea of “e pluribus unum.” Though not yet equivalent with Soviet tyranny, Mahoney said that this “emerging soft-totalitarianism . . . risks hardening into a coercive despotic regime.”

Mahoney counseled Christians who have not been “inebriated by ideology” to turn to the teachings of Cardinal Gerhard Ludwig Müller and Pope Emeritus Benedict XVI, the latter of whom developed a penetrating critique of humanism in his study of Satan’s temptations of Christ.

In Mahoney’s view, Jesus “offered a call to repentance, not a project to promote political liberation.” “Repentance, not utopia,” according to the philosopher Max Scheler, “is the greatest revolutionary force in the world.”

In his presentation, Joshua Mitchell argued that the United States faces its most difficult challenge since the Civil War, namely, “a great American awakening without God and forgiveness.” Gleaning lessons from his book American Awakening, he suggested that America is made up of two opposing tribes, “each an amalgamation of many races, resolved unto death to live in different regimes.”

Ultimately, Mitchell said, identity politics is a distortion of Christianity because it transfers categories such as innocence, sin, and guilt to the realm of politics. Updating the classic sermon by Jonathan Edwards, Michell contended that the impure are “irredeemables in the hands of an angry mob,” in which the new elect achieve moral purity by scapegoating the unclean — whites, climate-change deniers, and so on — who have polluted the world. In this religion, “there is no Gospel good news,” because the impure are burdened with a debt that they can never discharge.

In Mitchell’s understanding, identity politics attempts to establish “utopian purity in which the wheat and tares are separated before the harvest” rather than at Christ’s return. As identity-politics acolytes see it, Christ, the “lamb without spot or blemish,” cannot atone for the sins of the oppressors; his meaningless humiliation upon the cross is simply an “embarrassment.”

Building on the analysis of Mahoney and Mitchell, Rod Dreher described identity politics as a “secular Left-wing religion” that aims to fill “the God-shaped hole in the body politic.” Its catechism rejects objective truth and sees society as fundamentally divided between oppressor and oppressed. It understands guilt as being based solely on social status and suggests that non-oppressors can work to purify themselves by becoming allies of the woke in what Dreher called “social justice ecumenism.”

Dreher explained that America is “stumbling toward a soft form of totalitarianism,” a Huxleyan nightmare where Americans gladly give away their political freedoms for the possibility of no longer experiencing pain and unhappiness. As Hannah Arendt foretold in her magnum opus The Origins of Totalitarianism, our growing loneliness and social atomization form fertile ground for tyranny to take root, Dreher noted.

Where can American Christians turn for hope?

Dreher counseled following Solzhenitsyn’s advice and committing oneself to “live not by lies,” accepting that “suffering for the truth” is “rooted in the hard faith of the martyrs and confessors.” Mahoney added that Solzhenitsyn’s life is proof that monstrous efforts and lies can sometimes end in resurrection. Mitchell mentioned the hope he draws from encounters with everyday Americans who haven’t been poisoned by the teachings of the new church.

As identity politics continues to gain momentum, Mahoney, Mitchell, and Dreher offer vital insights on the perils that it poses.

Mike Sabo is the editor of RealClear’s American Civics portal

At the recent Idols, Identity Politics, and Lies of Our Age conference sponsored by Patrick Henry College, the Intercollegiate Studies Institute, and The American Conservative, professors Daniel J. Mahoney and Joshua Mitchell and author/blogger Rod Dreher explored how identity politics is displacing Christianity.

Summarizing the themes of his recent book The Idol of Our Age, Mahoney argued that social-justice ideology represents an “ersatz secular religion” that casts aside traditional Christian concepts of forgiveness, repentance, and conversion. This ideology is blind to the idea that good and evil run through every human heart and contains “all the impetus of religious fanaticism” with “none of the dignity or grandeur of revealed religion.”