From the decree of the Sacred Congregation for Rites Inclytus Patriarcha Joseph, dated Sept. 10, 1847, extending the feast of the Patronage of St Joseph to the general calendar. The translation is my own.

The glorious Patriarch Joseph, whom the Almighty Father enriched with singular graces, and abundantly filled with heavenly gifts, so that he might serve as the reputed Father of His only-begotten Son, and the true Spouse of the Queen of Angels and mistress of the world, fulfilled the duties and offices of this high calling so perfectly that he merited to receive the praise and rewards of a good and faithful servant.

For, ever mindful of the preeminent dignity and holiness of the noble offices entrusted to him by the Divine Wisdom, he never ceased to obey the counsels and will of God  in all matters with inexpressible joy; and by pleasing God, was made beloved, until, being crowned with glory and honor in heaven, he received a new office, namely, that by his many merits, and the support of his prayers, he might come to the aid of man’s most wretched condition, and by his most powerful intercession, obtain for the world what the efforts of man cannot. For this reason, he is venerated as a merciful advocate and a powerful patron, and the feast of his patronage is kept in a great many places with a proper Mass and Office on the third Sunday occurring after the joys of Easter.

However, one thing was still left to be desired, namely, that the office of the Patronage of St Joseph should be extended to the whole Church. This did the Very Eminent and Rev. Cardinal Costantino Patrizi earnestly beseech from the Holy Father Pius IX, with most humble supplication offerred in his own name and that of the Cardinals of Holy Roman Church, and of a very great number of the faithful from home and abroad. The Holy Father, receiving these supplications, so conformable to his own devotion to St Joseph, with Apostolic kindness … gave his formal consent to the petition, and ordered that henceforth, the Mass of the Patronage of St Joseph should be celebrated by the clergy of Rome and of the whole church on the Third Sunday after Easter. 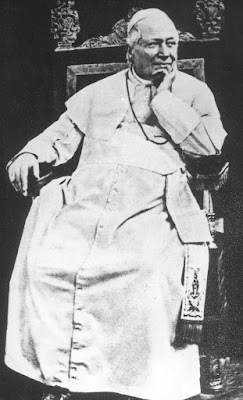 When the custom of fixing feasts to particular Sundays was abolished as part of the Breviary reform of Pope St Pius X, the feast of the Patronage of St Joseph was anticipated to the previous Wednesday, the day of the week traditionally dedicated to Patron Saints. It was removed from the general Calendar in 1955 and replaced by the feast of St Joseph the Worker; the new feast itself was then downgraded from the highest of three grades (first class) in the 1962 Missal to the lowest of four (optional memorial) in 1970.