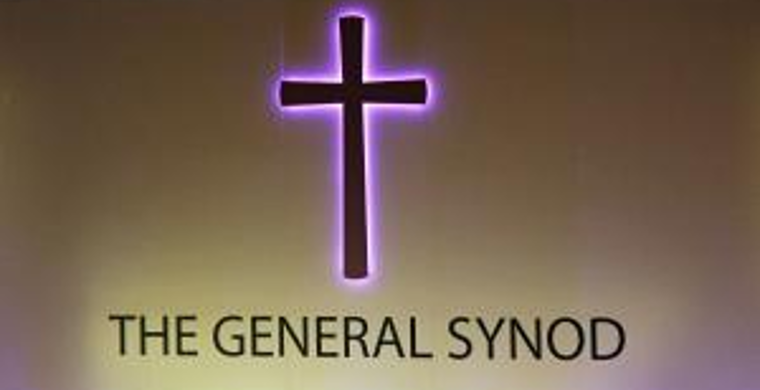 Before going onto the Synod livestream for the sessions. I happened to have been going through 1 Corinthians in the course of a Bible reading plan in the morning. The Apostle Paul’s rebuke to the Corinthian church in chapter 11 strikes me powerfully:

‘In the following directives I have no praise for you, for your meetings do more harm than good. In the first place, I hear that when you come together as a church, there are divisions among you, and to some extent I believe it. No doubt there have to be differences among you to show which of you have God’s approval’ (vv17-19 — NIV).

Fortunately, the General Synod does not meet as frequently as the church at Corinth did. But actually seeing the angry discourse and the flagrant disregard for apostolic authority on display in a supposedly Christian body, rather than hearing verbal reports, which was how Paul heard about the divisions at Corinth, made me wonder whether it would be better for the Christian cause in the UK if the General Synod ceased to meet.

I would hesitate dogmatically to claim that Paul’s words to the church in 1st Century Corinth apply directly to the General Synod in AD 2021, but there would appear to be certain similarities between the spiritual and moral state of the two gatherings.

Secondly, it struck me how much the leadership of the Church of England has become dominated by grey careerists. Such are the people the institution seems to want to promote. The bishops I heard giving presentations, speaking in debates or answering questions had the air of a public-sector manager or a politically-correct commissar or often both. These worlds are surely a long way from the Book of Common Prayer, according to whose Ordinal the Archbishop asks the presbyter being consecrated Bishop:

‘Are you persuaded that the holy Scriptures contain sufficiently all doctrine required of necessity for salvation through faith in Jesus Christ? Are you determined out of the same Scriptures to instruct the people committed to your charge, and to teach or maintain nothing as required of necessity to eternal salvation, but that which you shall be persuaded may be concluded and proved by the same?’

The Archbishop then asks: ‘Will you then faithfully exercise yourself in the same Scriptures and call upon God by prayer, for the true understanding of the same; so that ye may be able by them to teach and exhort with wholesome doctrine, and to withstand and convince the gainsayers?’

The Church of England seems to be devoid of senior pastors of deep theological learning and practised biblical holiness, capable of exercising real spiritual and moral authority.

Thirdly, it struck me how deeply mired in the culture of synodical politics the conservative evangelical members are. I was part of that constituency when I was a vicar in Sheffield Diocese. The conservative evangelical speakers in the debates I observed came across as loyal company men. In order to safeguard their own space within the institution, they seemed to be playing the diversity card in the probably correct view that it plays well with the establishment.

Again, I hesitate to claim that the Corinthian situation is an exact replica. But I would have expected people who genuinely believe that the Holy Scriptures are the supreme authority for Christian belief and practice to stick out more conspicuously in a body where the rule of woke seems to be prevailing rather than the enduring Word of God.

There were two notable exceptions among theological conservatives, Ian Paul and Prudence Dailey. Dr Paul contended courageously for the traditional Anglican stance on marriage and sexuality and Miss Dailey gave an outstanding speech in support of frontline parish clergy.

But overall I found covering the four-day sessions exhausting because that is bound to be the effect of having to engage with a so-called Christian body that is so deeply divided.

Julian Mann is a former Church of England vicar, now an evangelical journalist based in Morecambe, Lancashire.

It was a strange experience covering the July General Synod for Christian Today, having been a village vicar for 19 years.

I left the Church of England in 2019 because I felt politically-correct activists on its governing body were going to succeed in turning the denomination into a neo-Marxist pressure group. Reporting on Synod as a jobbing hack has prompted three reflections.

First, it was just as well the debates were online because there are some Synod members who clearly cannot stand being in the same room together. The bitter divisions within the Church of England were very much on display. Synod members are not just divided over marriage, gender and sexuality. There are also deep divisions over the future of the parish system.