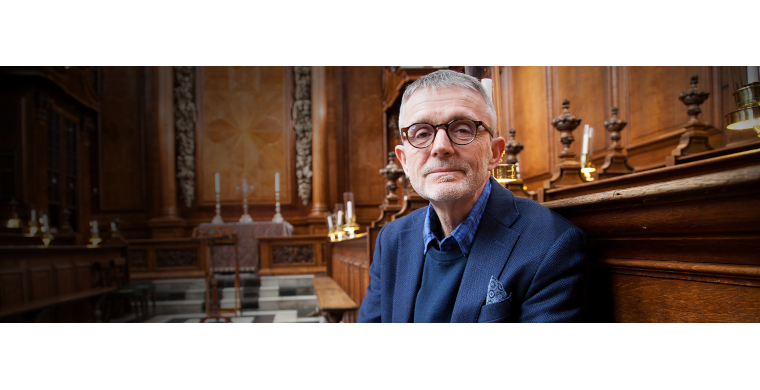 Martyn has now announced that he is leaving the Church of England. And who can blame him? Not only has he been let down by the CofE’s abysmal ‘safeguarding process’ — which appears to have been weaponised against him — but we now hear allegations that rub salt even further into his wounds.

No reimbursement for his legal costs was allowed to Martyn in defending himself against any of the cases laid against him — none of which were proved. Presumably he must now meet his legal debts, which must be huge, out of his substantial pay-out, possibly wiping it out completely. And of course, nothing can make up for the years of health-sapping ‘process’ he has suffered.

So, it is very interesting, isn’t it, to wonder who is paying for the Bishop of Oxford’s legal costs in all this? We may fairly assume that the bishop and/or his diocese have incurred costs of various sorts in the Percy vs Christ Church situation, legal and otherwise. Just the other day, the Bishop of Oxford instructed lawyers to take action against the Archbishop Cranmer blog (see: https://archbishopcranmer.com/bishop-of-oxford-instructs-lawyers-to-censor-archbishop-cranmer/) after a piece critical of him over the Percy affair appeared in its pages.

It has come to my attention that the bishop’s legal costs are allegedly being met by the Church Commissioners. Whether this is for his legal actions against the Archbishop Cranmer blog and/or for his other costs in the Percy-Christ Church affair, who knows?

Is this allegation true? If it is, how is that to be justified, given that the Commissioners’ principal task is to resource the ministry of the parochial clergy? Anyone know the answer? If this allegation is untrue, all we need is to see details of who has covered and is covering the bishop’s costs. After all, if the Commissioners are forking out, it’s the longsuffering pew-fillers and their donations that will have ultimately funded this farrago. Isn’t it?

Readers are reminded that according to the Commissioners’ report for 2020:

“The Church Commissioners’ strategic focus is to support the Church of England’s ministry, particularly in areas of need and opportunity….[through]:

“Supporting Church’s ministry through effective use of Commissioner funding, by help[ing] to ensure the Commissioners’ funding is intentionally used for mission and growth;
“Supporting Church’s ministry through practical guidance and effective processes, by Support[ing] different parts of the Church to enhance their use of resources to advance mission and growth…”
(see https://www.churchofengland.org/sites/default/files/2021-06/Church%20Commissioners%20Annual%20Report%202020.pdf)

Do either of those laudable aims cover payment of the legal costs of a bishop and/or his diocese in his disagreements (to put it mildly) with one of his own clergy seeking support under the Church’s safeguarding process, or in trying to censor free speech on the web?

While we’re at it, let’s look at Martyn’s experiences at the hands of the Church’s so-called ‘safeguarding process’. To call the machinations of this system a pig’s ear would be a dis-service to all members of the species sus domesticus.

Was he supported by the Bishop of Oxford during his times of trial? As we say up north in England, was ‘e eckers like’ (translation: ‘no’). Both the police and two judges found there was no case to answer around allegations against him, but apparently the Bishop of Oxford told Martyn that he “‘did not read the police and Judge Asplin’s judgment as others did,’ suggesting that the complainant’s case had not been heard.” Would any reader like to hazard a guess at what that means? If there were any evidence backing up the bishop’s concerns, all he had to do was to produce it. No?

This, of course, was on top of another of the bishop’s public interventions. In Martyn’s own words:

“I really had a pretty serious breakdown with this. And that was largely triggered by the Bishop of Oxford writing a very public letter, when people were trying to defend me, saying that it was inappropriate for people to be defending me in public when I was being attacked in public…I was despairing, because I felt that actually you would want your bishop to be a person of courage and integrity, somebody who might actually stand up against, pardon the expression, the forces of darkness and oppression, and he just colluded with them.”
(see: https://www.thetimes.co.uk/article/martyn-percys-oxford-nightmare-i-had-a-breakdown-zd0drn293 ).

Apart from anything else, Christ Church is governed by its own statutes, and the diocese and bishop of Oxford have little power or influence. So why did the Bishop of Oxford become involved publicly in this situation, let alone have his costs covered, allegedly, by the Commissioners? As Martyn says in one of the interviews I refer to below, “This makes the proactive interferences in safeguarding matters by the CofE, [its] National Safeguarding Team and the bishop harder to fathom.”

Given all the examples in recent years of safeguarding failures by the Church of England (see numerous examples on viewfromthecrowsnest.net and elsewhere on Virtue Online), Martyn Percy’s experiences simply add to the ever-increasing heap of ordure piling up in front of Lambeth Palace. And that is to say nothing of the mental, emotional, and physical stresses laid on those poor unfortunates who go to the National Safeguarding Team, or their diocesan safeguarding team, or their bishop, expecting to find help.

The parlous state of safeguarding in the CofE has caused me to reflect deeply on the plight of victims and complainants, as well as the respondents who have been accused. My own encounter with the culture of the NST and the diocese and bishop of Oxford has given me first-hand-insight into what respondents and complainants can experience. In the face of such partisanship, failure to neutrally manage conflicts of interest, double standards and incompetence in the CoE’s safeguarding, I finally took a decision: to leave the Church. Though I have been ordained for more than 30 years, and continue with my faith in God, the Church of England has destroyed any trust I might have had in it. It is an unsafe place to work.

Was there ever a more damning indictment of the body that is supposed to demonstrate the work of God and love of Christ? Readers may wish to ponder on an excerpt from a letter to applicants for the current vacancy for the post of director of the National Safeguarding Team:

“Safeguarding is at the heart of the life of the Church of England, reflecting the values of the Christian gospel…”

After several years of accusation and character-questioning from The Enlightened Ones of Christ Church, and of being let down by the Church of England in his hour of need, Martyn Percy also leaves his post as dean of Christ Church, having been found guilty of nothing. He was even the subject of a 19-page “Safeguarding Risk Assessment” which suggested that he somehow posed a sexual threat to children and adults – yet which failed to detail any substantiating evidence. One of the last indignities heaped upon him, proposed in mid-2021, was to have been a medical ‘assessment’ of his sanity before a panel. This was allegedly part of a plan to have him removed from his post on grounds of mental infirmity. Readers will be forgiven for wondering where the ‘insanity tribunal’ ought to have been looking. Where was the leadership of the Church in all this?

I urge readers to look at the following websites where two interviews with Martyn have appeared in the last few days:

https://www.thetimes.co.uk/article/martyn-percys-oxford-nightmare-i-had-a-breakdown-zd0drn293 This is unfortunately behind a paywall, but I would recommend seeking out a Times subscriber who may allow you a peek.

https://www.prospectmagazine.co.uk/society-and-culture/martyn-percy-why-im-leaving-the-church-of-england Viewers of this website can access the article as one of a small number of views allowed without subscribing. It covers the same ground as the Times piece.

“I’m not sure I’d change the past four years because of the good things that we’ve discovered that I don’t think we’d have found otherwise. You discover some really brave people. You discover depths of care and support that you would not have known otherwise. You find fortitude and resilience and courage and humanity. But you also discover that the places you thought you could get care from, places like the church — well, actually, you can’t.”

Perhaps we should all bear those last words in mind as a warning to future distressed clergy and parishioners. It seems that anyone venturing through the doors of the CofE safeguarding system should be warned, Abandon Hope All Ye Who Enter Here, which was, according to Dante, written over the door to hell.

The primary purpose of its safeguarding enterprise remains reputational and financial. If the CoE wants to remain as a religious and civic institution that can serve the nation–and that is an “if”–then it needs to start behaving like a morally responsible public body.”

Dr. Judi Sture is a biological anthropologist, biosecurity consultant and research ethics specialist. She is the author of the blog ‘View From The Crows Nest’ at https://viewfromthecrowsnest.net/ and of the book ‘Living In The Lighthouse: How To Survive Daily Life As A Christian’ (available from Amazon).

Martyn Percy and the Bishop of Oxford — “immoral, scandalous or disgraceful conduct” on whose part?

By Judi Sture
Special to Virtueonline
www.viretueonline.org
May 13, 2022

Among the ranks of those men castigated wrongfully in the public eye — even though exonerated by various authorities – there can surely be few whose experiences exceed those of Martyn Percy. Readers who have followed the disgraceful history of his treatment by colleagues within Christ Church, Oxford (a college with a cathedral, of which Martyn was dean) can only shudder at what he has been through. And that’s before we even get onto the treatment he received from his bishop and diocesan processes.

Here we are in the 21st century folks, still finding evidence of major institutions — the Church of England and Christ Church, Oxford in this instance – behaving in ways that would, respectively, shame an isolationist new age cult and an online essay mill churning out paid-for assignments for lazy undergraduates.