A Dean Koontz book from 1981 predicted coronavirus in bizarre coincidence

Chinese officials say the jump comes down to the methodology used to diagnosed new cases; Benjamin Hall reports from London.

Author Dean Koontz eerily predicted the coronavirus outbreak in his 1981 thriller “The Eyes of Darkness.”

The fictional novel tells the story of a Chinese military lab that creates a new virus to potentially use as a biological weapon during wartime. The lab is ironically located in Wuhan, China and the made-up virus is called Wuhan-400.

In the novel, the virus is called the “perfect weapon” because it only affects humans. It also cannot survive outside the human body for more than a minute and does not require an expensive decontamination process once it spreads through a population and those who contract it.

The coincidence between the book’s virus and the actual coronavirus outbreak is uncanny. 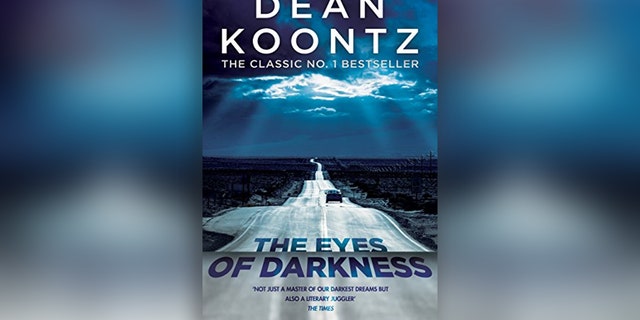 Dean Koontz published the book in 1981.

Currently, the coronavirus which originated in Wuhan, China is causing panic throughout the world. On Thursday, officials from the Centers for Disease Control and Prevention (CDC) confirmed that an American evacuee from Wuhan who is currently in Texas was diagnosed with the virus, making it the 15th case in the United States.

CDC officials told Fox News that there will “likely be additional cases in the coming days and weeks, including among other people recently returned from Wuhan.” Though the first 195 evacuees were released on Tuesday, “more than 600 people who returned on chartered flights from Wuhan remain under federal quarantine and are being closely monitored to contain the spread of the virus,” officials added. 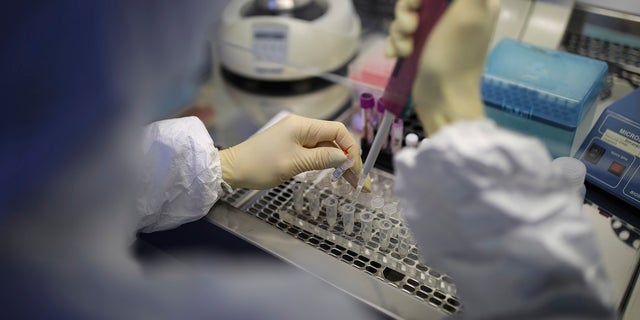 A medical staffer works with test systems for the diagnosis of coronavirus, at the Krasnodar Center for Hygiene and Epidemiology microbiology lab in Krasnodar, Russia.

Overall, more than 50,000 people have been sickened globally from the coronavirus while 1,370 have died.

(POSTERS VIEWPOINT: (((((UUUUUMMMMM))))) PROBLEM IS: IT’S LEFT UNCHECKED ON THE AFRICAN CONTINENT WHERE MANY CHINESE HAVE NOW RELOCATED. COULD THIS BE A BIO WEAPON THEY THOUGHT WOULD WIPE OUT THE BLACK RACE THERE AND BEYOND?)

Loading...
"Not by might, nor by power, but by my spirit, saith the Lord of hosts." Zechariah 4:6
Read it..
BEFORE IT'S NEWS
SIGN UP FOR OUR NEWSLETTER
Today's Top Stories
Baking Soda and Sea Salt the Best All Natural Remedy for Combating Radiation Exposure and Cancer (Video)
The Dollar Will Collapse Within Weeks! What Will Replace It? - Must See Video!
Sarah Westall: Whistleblower Brutally Beaten, Coronavirus Explained From Chinese Healer, Hired Mercenaries
X22Report: Prepare for the Storm, it’s Time to Bring Down the Corrupt System, Ready! - Great Video!
Earliest Interbreeding Event Between Ancient Human Populations Discovered
Earth Formed Much Faster Than Previously Thought
Planet with 18 Hour Year on the Edge of Destruction, Shortest Orbital Period Ever Observed for a Hot Jupiter
Where Is The Greatest Risk To Our Mineral Resource Supplies?
How Newborn Stars Prepare for the Birth of Planets
New Study Results Consistent with Dog Domestication During Ice Age
Loading...
Featured
Coronavirus Cases Doubling Overnight In Many Countries! Must See Chris Martenson Video!
Hundreds of Americans Flown Back from the Diamond Princess Shared the Same Plane Whether Infected or Not Infected +Video
Q: Hollywood Is Burning! Is Barron Trump Q? Barry's Belated Impeachment? Best Is Yet 2 Come! - Great Video
Italy Locks Down 50,000 People Across 10 Towns as Coronavirus Outbreak Leapfrogs Across Europe +Video
Breaking: CDC Caught Lying? Costa Mesa Files Court Document to Block Federal Relocation of 35-50 Infected Coronavirus Patients to Ill-Prepared Facility Near Millions of Californians +Video
Best & Taylor Evening News (2/21/2020) — Planet Of The Living Dead — Bloomberg's Dark Mystery — Head's Up for Feb. 26th!​​​​​​​ — And Much More!
I’m With Mike
Trooper-Whisperer in Beast Mode - How to Deal With Road Pirates
Anonymous: Most People Don't Even Realize What's Happening
Sarah Westall: Whistleblower Brutally Beaten, Coronavirus Explained From Chinese Healer, Hired Mercenaries