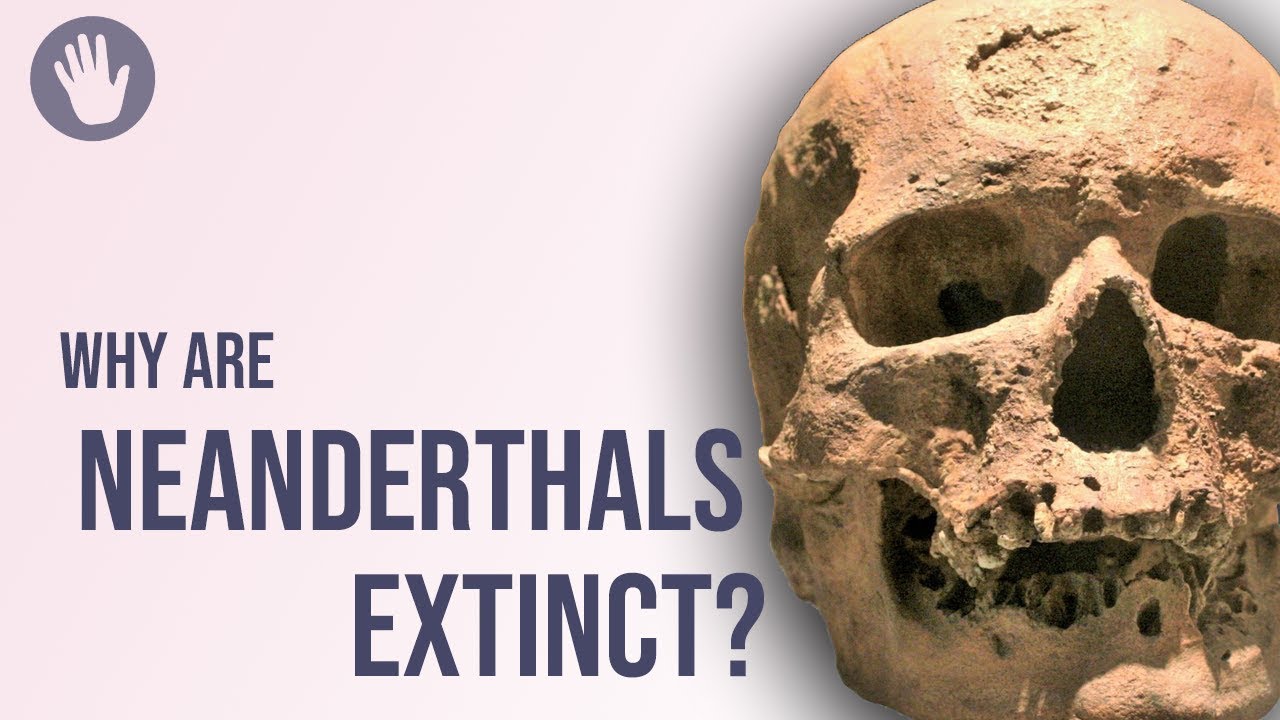 There have been many recent articles about the new evidence from a tree in New Zealand that confirms the Earth’s magnetic field weakened and rotated 42,000 years ago. Many of these articles explain how this pushed Neanderthal Man to extinction. What they neglect to mention is the catastrophic axial pole shift that wiped them out. Yes, a weak magnetic field is very harmful. But it is nothing compared to the tsunamis, earthquakes, and volcanic eruptions that wreak havoc on the new surface orientation of the continents when a crustal displacement inevitably follows a magnetic pole shift. And the fact that a periodic, recurring cycle of rotational pole shift catastrophes repeatedly causes mass extinctions is the one fact most scientists avoid at all cost.

For example, consider the opening paragraph of this recent article: “The Eurasian Homo neanderthalensis suffered their fate when a major downtick in solar activity occurred around 42,000 years ago. Scientists believe, during that period the Earth’s magnetic field weakened to a point in which the magnetic pole flipped. As a result, the reversal and decline in solar activity triggered extremely cold and unforgiving weather conditions across the surface of the planet. The severe cold weather ultimately led to an extinction-level event for the Neanderthal.” Physical evidence (as covered in POLE SHIFT: Evidence Will Not Be Silenced) shows that a magnetic field weakening and reversal removes the magnetic lock on Earth’s crust and mantle and allows the torque of huge mass redistributions, like the Antarctic ice cap, to move towards the equator. But this article suggests the illogical premise that Earth’s magnetic field weakening and reversal results in a reversal and decline in solar activity.

Most people won’t catch the twisted “logic” they’re pushing by reading such articles without deliberate scrutiny. Many of you may not have noticed the trickery even when I highlighted the critical parts above in italics and boldface type. But I assure you, changes on Earth do not cause changes in the sun. The sun is billions of times larger, more massive, and more energetic than the Earth. The reverse is true – cyclical changes in the sun do cause changes on Earth.

But the article misleads readers into thinking that if Earth’s magnetic field weakens to the point in which the magnetic poles flip – the result is a reversal and decline in solar activity. I assure you, this false conclusion is not accidental. Governments fund scientists’ research and conclusions and governments don’t want everyone aware of the details of the next pole shift catastrophe.

So despite overwhelming evidence that the last pole shift catastrophe ended the Pleistocene Age roughly 12,000 years ago, freezing Siberia and thawing North America when the rotational

North Pole moved from the west side of Hudson Bay to its present location – for the longest time we have been told that the last pole shift (and only a magnetic pole shift at that) was 780,000 years ago. Now we are being told that this “Adams Event” 42,000 years ago (previously known, and still known, as the Laschamp Excursion Event) was a serious magnetic “excursion” that caused some extinctions. A magnetic excursion is just a temporary relocation of the magnetic poles before they – for some unknown reason – move back to where they were before.

Nothing important to see here.

The reality is not that the magnetic poles shift back to where they were before (in relation to the core of the planet.) Imagine the Earth and it’s immediate region of space as a series of concentric layers. 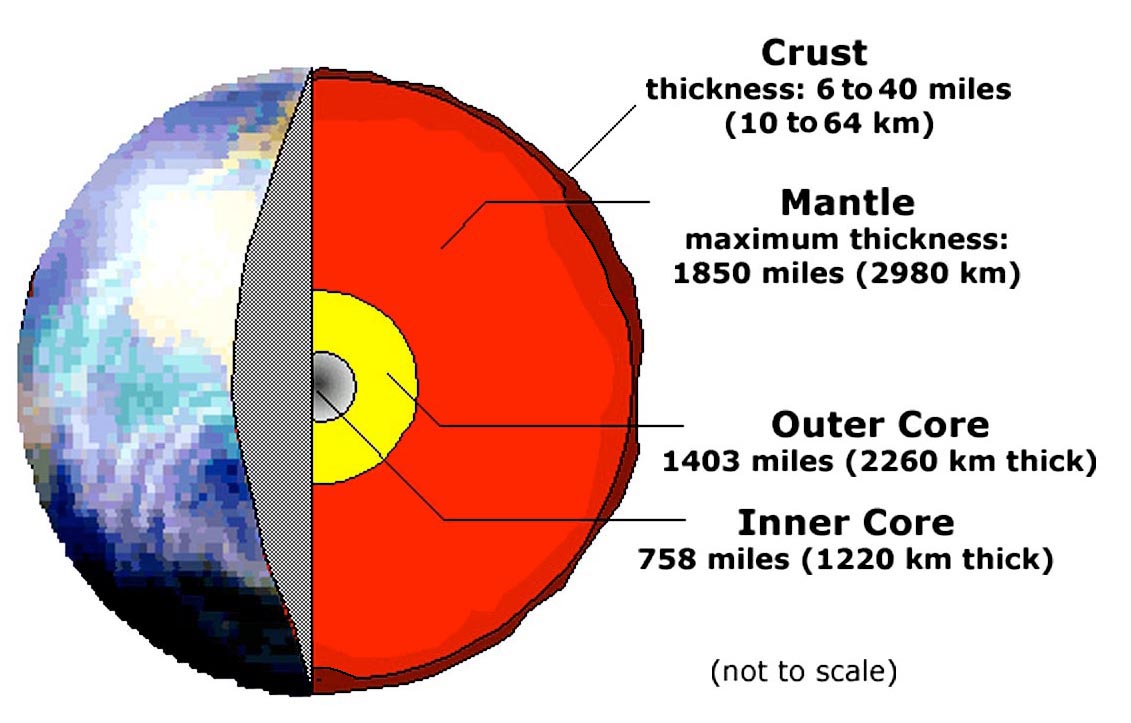 Imagine the core in the middle, the mantle around that, the thin little crust we live on at the planet’s surface, and the magnetic field, with it’s two poles, extending into space.

Those layers are normally held in position by the high viscosity which a strong magnetic field creates in the iron rich bowels of the Earth. But when the magnetic field diminishes – to somewhere from 0-6% of its normal strength, as scientists now say happened 42,000 years ago just prior to the polar reversal – that magnetic lock of magma viscosity disappears, and the crust is free to change position over the core. Which it will do if there has been an increase in mass not located at the equator, where the heavist portions of the crust will achieve a stable balance.

And wouldn’t you know it, mass imbalances tend to accumulate far from the equator, in the form of ice and snow that doesn’t melt, in places like Antarctica, where the ice cap – estimated at 19 quadrillion tons – is not perfectly centered on the pole/rotational axis. It’s mass is centered 300 miles east of our current South Pole due to weather patterns – and this imbalance, like a bunched up carpet in a washing machine – causes a rotational problem. It’s torque pushes on the crust to move this mass towards the equator (up the path of 96 degrees East Longitude.) With a strong magnetic field, high viscosity between the Earth’s layers is more than strong enough to prevent the crust from slipping over the interior. But as the Earth’s magnetic field approaches zero strength, viscosity disappears, and the crust slides a layer of smooth ice lubricated by water over another sheet of ice. Then we have a catstrophic crustal displacement – a pole shift we notice (as most of us die.)

Rinse and repeat. The old ice caps melt at the new equator, and ice starts accumulating at the new poles. Which, conveniently, have now caught up and realigned with the magnetic poles – as it is the Earth’s magnetic field that causes planetary spin and gives the Earth an axis with poles in the first place. To observers on the Earth’s surface studying the paleomagnetic record stored in magnetic rocks – it looks like the magnetic poles moved back to where they were after a brief excursion. In reality, it was the crust that moved between the bulk of the planet and the magnetic field lines generated deep below the surface of the planet.

Right now, we are already in a magnetic excursion. The Earth’s magnetic field is weakening, and the North Magnetic Pole is already racing from Canada to Siberia.

Within a few decades at most, Earth will experience another crustal displacement – a pole shift catastrophe that realigns the surface orientation of the planet and the rotational poles with the magnetic poles. Expect the next North Pole where the magnetic field is gaining relative strength – in the middle of Siberia, which will make most of Russia and China uninhabitable. Keep that in mind as these nations eventually risk WWIII to gain control over lands that will not be in the new Arctic. All major governments know this pole shift is coming and have been planning and spending and preparing for many decades. What will you do to prepare?