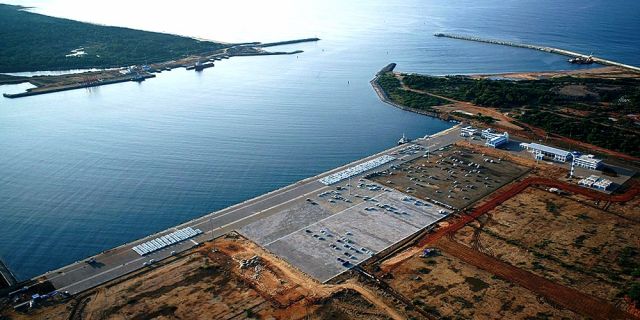 If you look at the pattern of the outbreak of COVID19 or Coronavirus all over the world, one thing interesting that emerges is: all countries that had a close relationship with the Chinese Communist Party (CCP) were the worst affected. It was like signing a death warrant!

The Chinese Communist Party (CCP) provides IRAN with weapons, including nuclear weapons. In return, Iran a democratic country is a close comrade in arms of the CCP. It is a marriage of convenience. Iran’s strategic relationship with China has meant increased exposure to COVID19 and thus higher infection and fatality rates.

With hundreds of Chinese workers in Iran, the impact of the pandemic reached all the way to the top of Iran’s leadership, with at least 23 members of Parliament infected.

ITALY saw direct foreign investment by China as a source for a much-needed infrastructure update. Italy was the first country to defy the EU warning and embraced China’s proposed ‘Belt and Road’ investment in ports and infrastructure in Genoa and other places. Italy is home to the largest Chinese population in Europe, with around 330000 people, according to Eurostat data. After the Chinese New Year, when textile workers returned from Wuhan, the Mayor of Florence Dario Nardella asked residents to embrace Chinese people to show solidarity and support in their fight against the contagious disease. This gave a head start to the Italian epidemic infecting 229669 as of 23 May and killing 32854

SOUTH KOREA After Moon Jae-yin took office, the South Korean government moved closer to the CCP. In the past few years, about 20,000 South Koreans have been to China to receive organ transplants from unknown sources, thus supporting the illegal organ trade.

As the pandemic spreads, many regions unwittingly disclose the CCP factors behind it.

Giving in to the 5G factor

The common trend among the countries of BRITAIN, FRANCE, and GERMANY is that they have been very close to the CCP in recent years. They ignored the warnings from related groups about how the CCP wants to use Huawei 5G to penetrate the world. The most severely affected areas in these countries including LONDON in England, OISE in France, and NRW in Germany are the most pro-communist in their countries.

As reported by the Financial Times recently, Prime Minister Boris Johnson is apparently preparing to phase out the use of Huawei equipment from the UK’s 5G networks. Citing national security concerns, members of the UK’s Conservative party have pushed for Huawei technology to be removed from the UK’s 5G infrastructure and the rest of its telecom network by 2023.

Since Hong Kong and Taiwan know the intention of the Chinese Communist Party (CCP), and though they are located close to China, the pandemic in their areas is not serious. It is clear the spread of the virus does not depend on the distance to China but to the relationship with the CCP

How the U.S the Superpower turned out to be the CCP’s puppet

New York is the main base for the propaganda of the (CCP) Chinese Communist Party. Wall Street also uses investors’ funds to invest in companies controlled by the CCP for the benefit of themselves through regulatory loopholes.

Chinese firms go scot-free, are not audited by the New York Stock Exchange. The United Nations turns a blind eye to China’s human rights abuses. The mainstream media in the West has for years printed Xinhua propaganda as fact. New York, NBA, and Hollywood have become the Chinese puppets of avoiding the taboo topics of the (CCP) Chinese Communist Party

For decades, the Chinese Communist Party’s atrocities, such as genocide, concentration camps, forced organ harvesting was never an impediment to FDI. American medical companies willingly moved their factories to China, with no consideration for national health and security consequences. The short-sighted decision of relocating vital supply chains in a Communist country half a world away is now staring them in their face, as Americans discovered their medications run out during this pandemic.

Hidden behind every Chinese official’s offer is a Trojan horse laden with treacherous potential and deceitful intent, as several countries on the trade route have discovered with shock.

Ecuador is one of several Latin American countries that came into China’s Debt Trap. Like other loans China has made in the region, those to Ecuador ensure that shipments of natural resources — oil, in Ecuador’s case — are supplied to stoke China’s fast-growing economy.

Last year, with more than $1 billion in debt to China, Sri Lanka under duress handed over a port to companies owned by the Chinese government. Now Djibouti, home to the US military’s main base in Africa, looks about to surrender another key port to a Beijing-linked company, and the US is not happy about it.

A Washington-based non-profit research organization, Center for Global Development, has analyzed debt to China and finds countries participating in the current Belt and Road investment plan vulnerable to above-average debt.

According to the study, among the 23 countries of debt distress are Sri Lanka, Kyrgyzstan, Djibouti, the Maldives, Laos, Mongolia, Pakistan, Montenegro, Angola, and Tajikistan.

Malaysia and Maldives have negotiated for a restructuring of the debt and asked for the employment of local labor. Ironically, the examples of Maldives, and Malaysia coupled with the anti-Chinese sentiment in Central Asia, fueled in part by the brutal crackdown on Turkic Muslims in Xinjiang, could slow down China’s story to captivate and dominate.