2. UN anti-extremist body outraged over CARTOONS but NOT over multiple murders of random people by Muslims. This ALONE should justify abandoning the UN as a rotten corpse of what it once was.

Miguel Angel Moratinos, who heads the United Nations Alliance of Civilizations, spoke amid growing anger in the Islamic world over France’s response to the brutal public beheading of a teacher who had shown his pupils the images as part of a class on free speech.

Every journalist should stand with @nypost and @SohrabAhmari but most won’t. I will because this is wrong. https://t.co/tXcRiFtLo1

AOC appears in Vanity Fair in outfits worth $14,000 to curse out Trump | Fox News https://t.co/6UlLQs9uCp


6. India supports Macron’s position on preservation of freedom of speech, in opposition to Turkey’s attacks on the French leader.

7. So long as its going to a good cause

Artist who makes sculptures out of LEGO is awarded £144,985 from Arts Council’s Covid recovery fund https://t.co/8srOEvDwyo

8. A worthy analysis of how and why Social Media attacks president Trump on behalf of their Chinese masters.

9. The attacker in France: 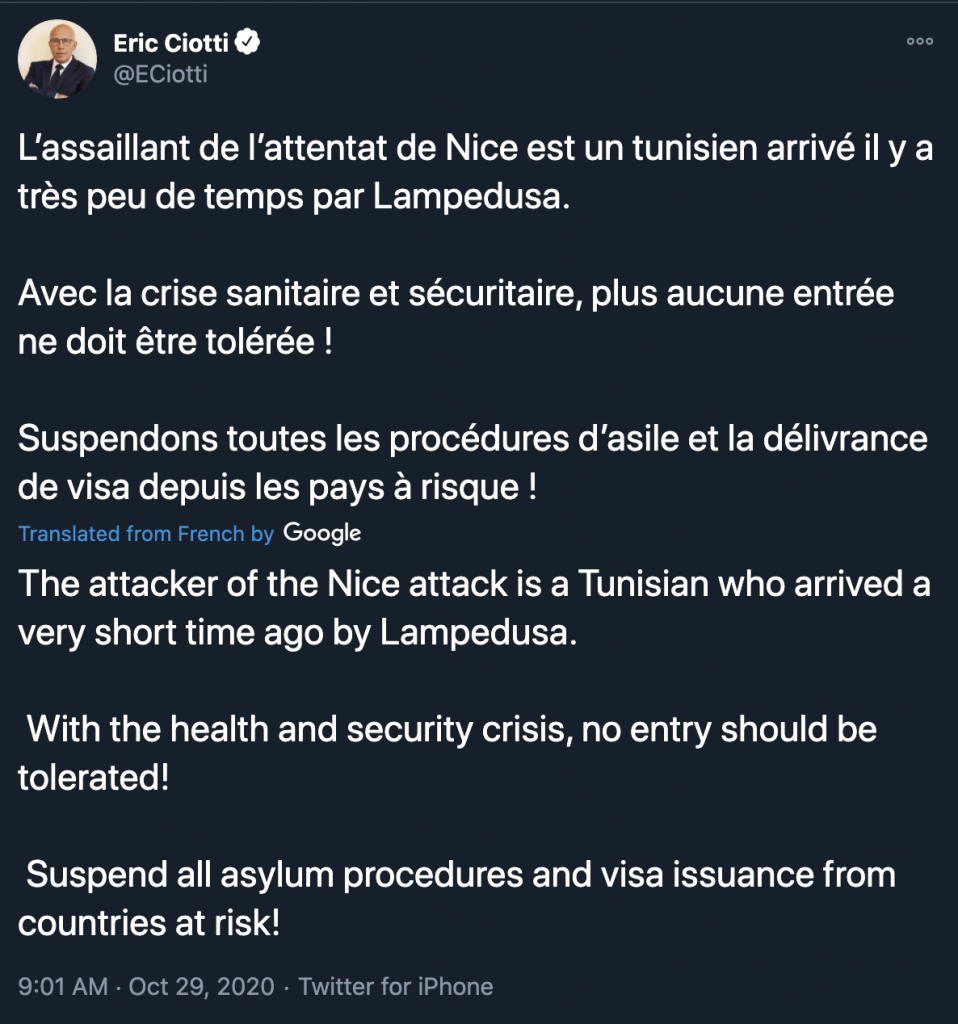 French President Emmanuel Macron has declared the country ‘under attack’ and said soldiers would be posted at churches to ‘protect’ them. The country is reeling from a string of incidents feared to be terror-related, beginning with a knife attack in Nice that left three people dead and several others injured. Mr Macron halted a parliament debate on coronavirus lockdown to visit the scene of the tragedy in the southern city. He told reporters in Nice: ‘If we are attacked, it is because of our values, our values of freedom and our desire not to yield to terror.

The list is long on this one. But let me at least acknowledge C., Blazing Cat Fur, Oz-Rita, M., MarcusZ1967, Wrath of Khan, Marianne W., Tania Groth, MissPiggy, Hellequin GB., Gates of Vienna, Richard, ET., Johnny U., and SO many more who are wide awake and doing what they can.