1. String of cases of young people with heart problems after 2nd dose of mRNA injection

(A sort of meaningless mild discomfort that gets you a multi-day hospital stay. Kids should still get this experimental mRNA device no matter what it actually does to people.)

2. Various Dutch politicians have their say about protests by muslims against Jews in the Netherlands

An Ontario man in his 40s has died after receiving a first dose of the AstraZeneca vaccine, public health officials confirmed Tuesday.

Dr. Barbara Yaffe, Ontario’s associate chief medical officer of health, said that while the death is still being investigated, the man did have the blood-clotting disorder known as Vaccine-Induced Immune Thrombotic Thrombocytopenia (VITT).

The man was given an AstraZeneca shot towards the end of April and died a few weeks later, Yaffe said.

“While the investigation is ongoing and a final cause of death has yet to be officially determined, it has been confirmed that the individual did have VITT at the time of his death,” Yaffe said Tuesday. “The risks associated with this vaccine are, but they are real.”

Chief Medical Officer Dr. David Williams halted the use of AstraZeneca as a first dose on May 11, noting a higher rate of blood clots than expected.

5. Tommy Robinson on galloping antisemitism in the UK

Thank you M., Yucki, Brian of London, TB., Sassy, Johnny U., PC., Pauline, and with apologies to anyone I lost track of, or any material that I mean to post, but have not yet been able to. There is a LOT of quality material coming in to the site and some of it requires time, focus and concentration to organize before it can be posted. These things shall be gotten to ASAP! 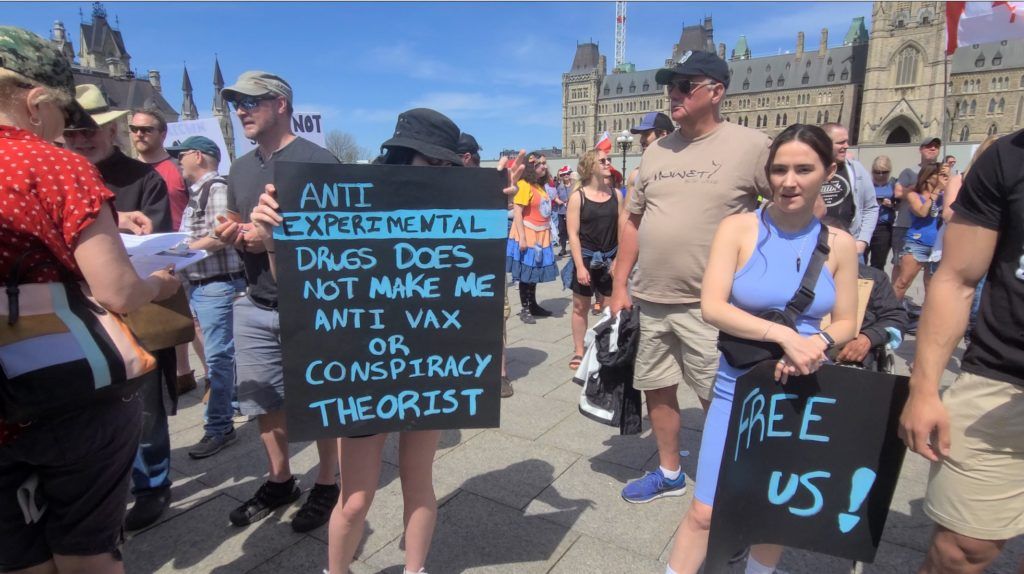