I am sticking this on top for a day because I believe it is crucially important: PREDICTION: The Corona shot is being used to groom the next round of death camp killers

ALL the doctors and at this point ALL the nurses who are giving the shot know it is destroying people. A week or so ago it was revealed that the doctors were getting perks of up to six figures MONTHLY to keep going along with it all and not speak up. Prior to this, a few months ago, I came across a CVS employee who said they were being given huge bonuses of thousands a week to shut up about the shots and just keep giving them. Then about a month ago a corrupted nurse did a TikTok laughing about how she was getting paid so much to wreck people and saying “You have all been warned, so I am just going to keep giving this shot until people stop coming in for it”. Meanwhile, the good doctors and nurses quit. That is the grooming.

What if this is a filtering process that is allowing the “elite” to sort out the doctors they need in the camps, who will falsify paperwork on why people died and never utter a peep? The doctors that will do the dirty work that pays so well? They are already murdering people on vents to get the numbers they need – they are already falsifying cause of death to suppelemnt those numbers – The elite cannot go with a full on genocide unless they have people who have proven they are corrupt enough to help them pull it off, RIGHT? They already have that now with the corona scam and who went along with it.

A lot of people are saying “Where would they get the doctors they need to do this? Easy answer: YOUR DOCTOR, who pushed the vax. That bastard is not stupid about it. It is not a secret anymore and money buys corruption. Just legitimize it and pay well. An enormous pile of American doctors already screw people over on purpose to develop an income stream. What’s a poison shot that may or may not kill to such types? They have been analyzed via “Microsoft updates” and their G-phone, the “elite” know exactly who they can call on to get the job done.

I know I am right. I know I nailed it. The corrupted vax is the grooming tool and people would be fools to think America’s medical system would never go along with this, it has become a cesspool of the least ethical high intellect the world has ever seen. 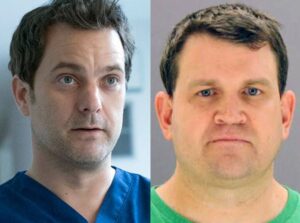 Some doctors will do anything for money, including killing their patients. They are terrified of losing theri lucrative jobs and will keep quiet and kill to order.