We suffer the recent transport problems where no one it seems can leave the country by air, the railways are to expensive and on strike anyway and the price of petrol is prohibiting much car travel, but there is an answer… 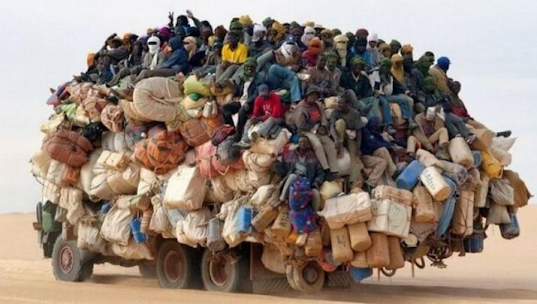 So staying at home takes on a whole new meaning, not that different from the imposed lockdown conditions.
Several government statements were issued this week in the hope one or another will bolster Bojo’s decline; they won’t, and they are no more than statements. One about the ‘houses for everyone’ will soon dispel any illusion that this is anything other than an ill-thought-out idea or simply a piece of propaganda being issued on the premise ‘we are doing something.’
The original ’right to buy’ scheme under Margaret Thatcher was at the time seen as a great way to get people on the housing ladder. This was achieved by discounting the council properties the buyers lived in and impoverishing the councils who had little in return to replace those same lost council properties built with taxpayers’ money. Replace them they didn’t, resulting today in waiting lists for social housing that only the NHS can compete with.
Only desperation would make anyone want to buy the smallest housing builds in Europe and they are getting smaller: average houses in the Twenties were roughly twice the size, plus a real garden. 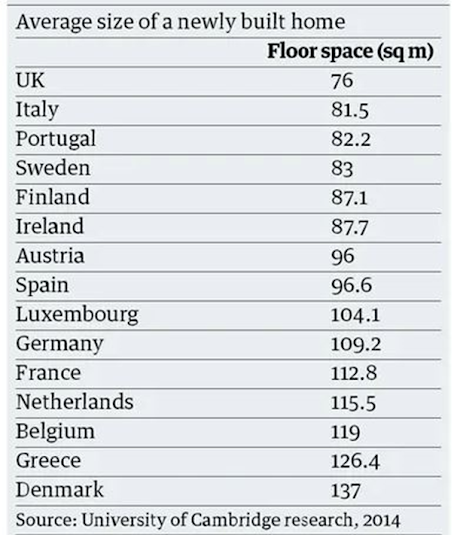 The only people to gain, and why not, were those offered their council properties at the bargain discount prices who then sold on later at market rates and made a killing. Once again the taxpayer and the council lost out.

This time, being a scheme under Boris’s reign the facts are far from clear – ‘mud’ is too kind a word – and maybe that is the point: it is just a statement boosting (he hopes) his kerbside appeal in times of strife.
Before looking at it, one has to ask why are we building so many rabbit hutches in the first place. ‘Not enough and too slow’ is the cry that goes up, yet the indigenous demographic is static, so any demand is being caused by the fact we have 7 million extra people in the land since 2010; and who created that problem?
One’s first reaction is to ask how do people on benefits qualify for a mortgage? If they have enough for a deposit they don’t qualify for benefits; or are we missing something?
Secondly, this applies not just to council properties but housing associations and, if the wording is correct, privately owned properties in the letting market. The latter can’t be true as the government is discounting these properties, and how is the private sector going to take a discounted hit on the selling price? This has to be nonsense.
However, critics have pointed out that Universal Credit is only available to families with less than £16,000 in investments and savings, meaning they would have very limited access to mortgages, or in the real world, none at all.
Most lenders ask a minimum of 10 per cent deposit. Levelling Up Secretary Michael Gove indicated the government was looking at creating a savings vehicle that would not count toward the benefits limit, but it is unclear how that would work or how banks would be made to accept the handouts in their calculations.
The housing association position is more serious. With so little social housing being built by councils, housing associations have been taking up some of the slack; to hit them with this scheme would be a disincentive to build any more new units – what would be the point?
In fact the more one looks into it the more it becomes fantasy…
https://www.dailymail.co.uk/news/article-10898599/Tenants-benefits-offered-new-package-help-buy-homes.html
Above all it would require those who have worked hard and saved for their own homes to be subsidising a scheme for those on benefits to reap the rewards of a cheap home they cash in on later.
“Downing Street said there will be a ‘mortgage review’ looking at how low-deposit mortgages could be extended.“
There are already many ways mortgages are propped up by assistance to those on benefits, all explained here in this handy editorial:
https://slothmove.com/moving-house-on-benefits/
I never thought I would see the day when a government would promote sub-prime mortgages after what happened not that long ago; for that, dressed up in a different way, is what this is.
The banks have already said they are not going with this as it stands.
This parody is spot on…
https://newsthump.com/2022/06/10/banks-confirm-they-will-happily-give-a-mortgage-for-a-250000-house-to-uc-claimants-on-350-a-month/
So what are we to make of it? Is it a serious effort to get people on the housing ladder, or just hot air? Judging by other government statements this last week the latter seems more probable. At this rate, future governments will make mortgages redundant and all new homes will be given to those who cannot afford them and thereby save all the paperwork involved in current schemes.
Bearing in mind warnings that our hallowed housing sector is due for a fall, all this will become tomorrows fish and chip wrapping, and we will move on to Bojo’s next wheeze.