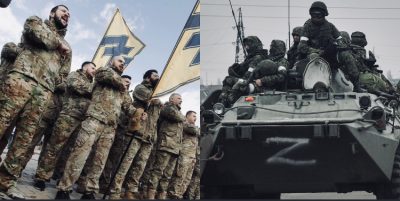 The pro-war corporate press is justifying the billions of American taxpayer dollars sent to Ukraine by publishing outright propaganda and claiming that the Ukrainians are in the midst of a major military offensive to push the Russians out of the country. In reality, Ukraine’s NATO-backed forces have taken a mere 1.6% slice of Russian-occupied territory, and live maps show corporate media claims couldn’t be further from the truth, as the Russian military and pro-Russian forces are firmly entrenched in the long-contested eastern regions of Ukraine.

Ukraine’s offensive appeared to kick off over the weekend, as fighting heated up, much to the glee of Western media.

According to Western media outlets though, Ukraine has made massive and historic gains and has the Russians on the run. CNN claimed in a Monday report that the Russian military is in the midst of a “collapse” in northeastern Ukraine, where the bulk of recent hostilities has taken place.

That report was echoed by a chorus of other mockingbird media outlets, who have all championed American intervention in Ukraine, be it financial or physical.

In a quote widely lauded by the corporate press, Ukrainian President Volodymyr Zelenskyy, who was an actor before he entered politics, taunted Russia and President Vladimir Putin amidst the supposed Ukrainian offensive.

The Russian military is “demonstrating the best it can do – showing its back,” Zelenskyy said on Monday. “They made a good choice to run.”

Video: Events on the Battlefields Suggest That “Russia is Winning This War” 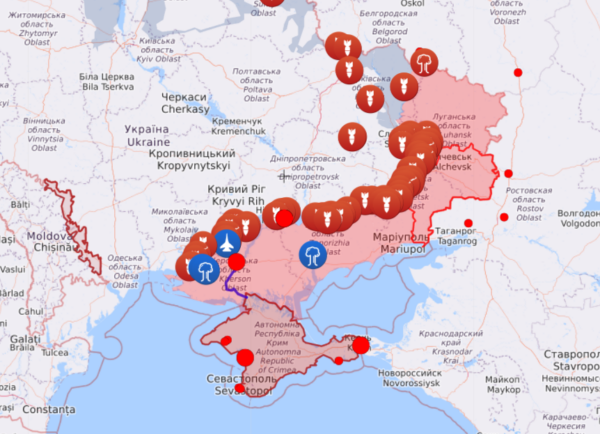 The open propaganda has raised alarms, and many online have speculated that American and Western media outlets are portraying Russian forces as weak and Ukraine on the cusp of victory in hopes of goading the public into signing off on further intervention. That has prompted widespread concerns that, if the international liberal order has its way, the situation could spiral out of control and ensnare the entire civilized world in conflict.

Despite the tough talk from Zelenskyy, the eastern regions of his nation remain under siege by Russian forces, as well as by the ranks of pro-Russian separatists made up of Ukrainian citizens.

As Western corporate media has neglected to report, legions of Ukrainian citizens are opposing their own government and military and siding with the Russians.

Since 2014, following the Soros-sponsored color revolution that overthrew Ukraine’s elected government, the nation’s Donbas region has sought to separate itself from Ukraine, and join Russia. At one point, a near-unanimous vote was cast by the region’s residents, with well over 95% of them voting to secede from Ukraine and join the Russian Federation.

Donbas has split into two “Republics” with their own governments and military forces, Donetsk and Luhansk.

According to current figures, America alone has sent more than $40 billion worth of unaccountable taxpayer monies to Ukraine to support its fight against Russia. Increasingly, politicians and media figures have begun calling for further intervention, up to and including air support and boots on the ground.

Several media reports have emerged touting American leftists who have gone to Ukraine to fight for what they’ve been told by the media and the Biden Administration is a just cause. Additionally, there is growing speculation, fueled by eye-witness reports, that actual NATO and American soldiers are on the ground, fighting the Russians in Ukraine.

According to a shocking report issued by The Stew Peters Show back in June, the Biden-backed Ukrainian Nazi Azov Battalion massacred American volunteers, burning them alive as Ukrainian forces retreated from the Russian advance on Mariupol.

No foreign volunteers were to be left alive and at risk of being captured, Ukrainian authorities ordered.

Featured image is from National File

Become a Member of Global Research