Twelve months ago, stock markets in the UK and around the world were facing turmoil as Covid took hold. The initial price reversal was breathtaking. But unlike other serious sell-offs in recent memory – particularly the 2009 financial crisis – markets bottomed-out quite quickly.

Within weeks of the pull-back last February and March, some stocks and sectors were recovering. Others were even flourishing. Across the market there were emerging lockdown winners (and losers), all set against the backdrop of exceptional economic chaos.

It all set the scene for a year in which investors could (and some did) do very well in the stock market — and that’s exactly what we heard in the results of our 2020 subscriber survey, which we sent out recently.

A successful year for many investors

Every year we sound-out Stockopedia users to hear how they’ve fared in the market and whether they’re feeling bullish or bearish about the future. Despite the fear and volatility that dominated the early months of 2020, ultimately shares did well, and so have many of our subscribers… 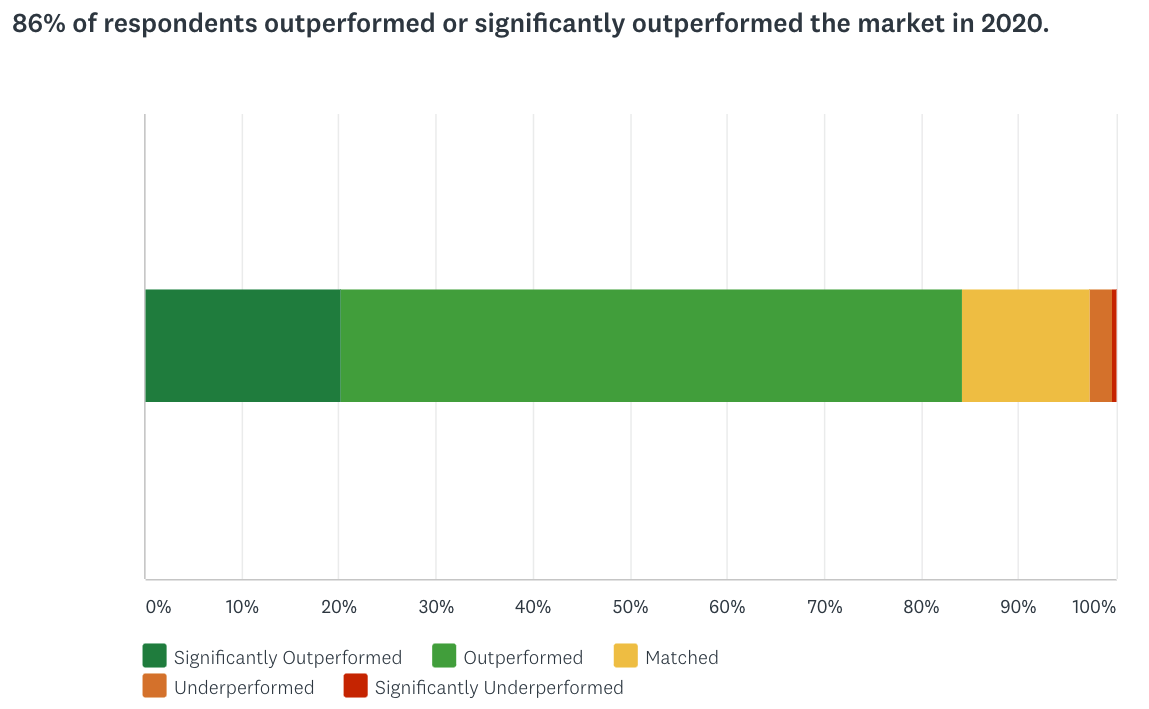 Those results are quite a leap on the already strong performances reported a year earlier, in 2019. Back then, seventy percent of respondents said they’d outperformed or significantly outperformed the market since joining Stockopedia, with 22 percent matching the market and eight percent underperforming it. 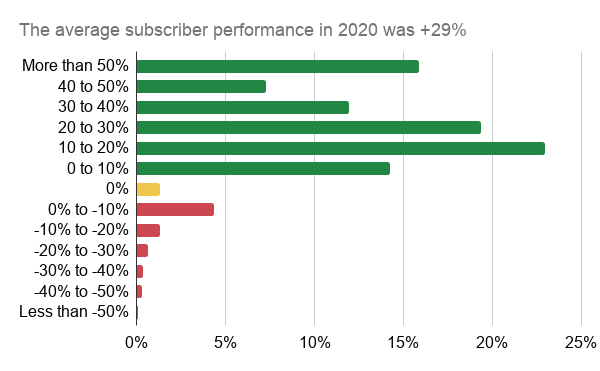 As for widely held winners, our findings from the 2020 survey show a huge number of names. We asked respondents to tell us which stocks had given them the best returns, and the table below highlights the most widely held winners and how they performed:

Here are some of the highlights:

How do Stockopedia users see themselves?

Our subscriber base has grown strongly over the past year and the majority continue to classify themselves as either Active Stock Pickers, Systematic Investors or Income/Quality Investors. The proportion marking themselves as Active Stock Pickers has increased to just over 30 percent from 25 percent last year. That perhaps reflects a sense that investors have felt the need to be more hands-on with their portfolio selections this past year – and, of course, that dividends from income stocks were decimated in 2020. 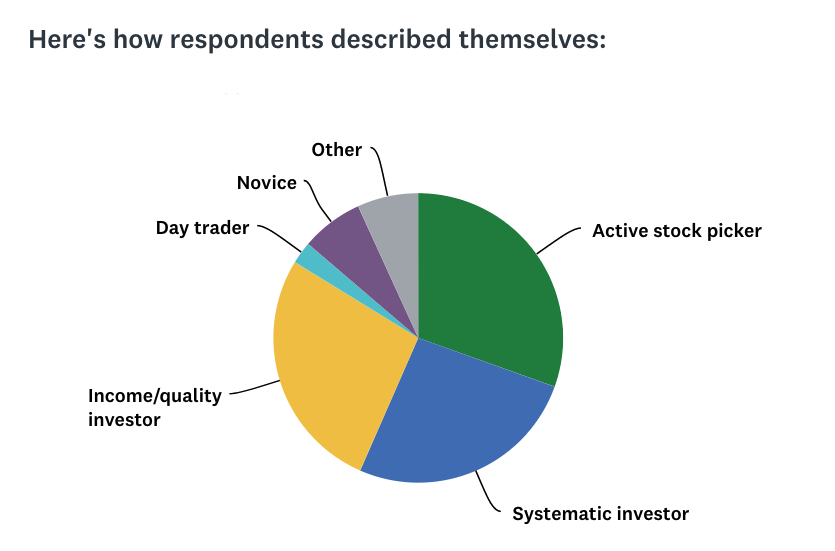 In terms of experience, Stockopedia users have a fairly broad range of years spent investing, with nearly 40 percent of respondents saying they’ve got more than 20 years of experience behind them. A promising move from last year is that the proportion of users claiming to have been investing for less than a year has shifted from around 2 percent in 2019 to more like 5 percent in 2020. 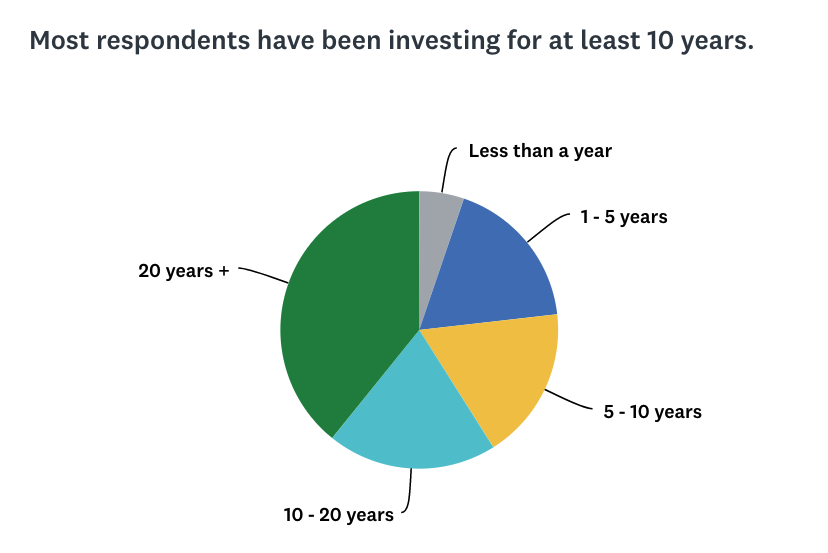 And for many users, our StockReports, StockRanks and Editorial continue to be some of the most popular features of Stockopedia – certainly in helping to improve portfolio results. 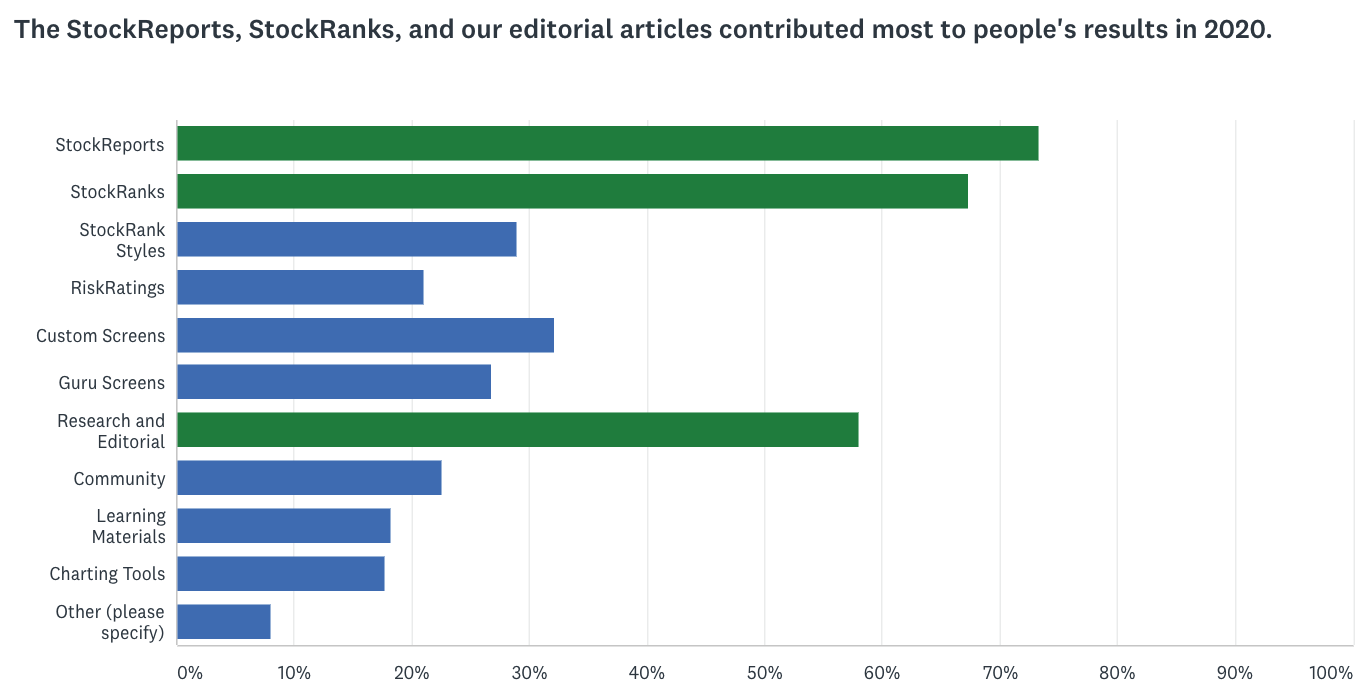 Finally, another promising response from respondents to the 2020 survey is that the majority feel more confident about their understanding of the stock market since they started using Stockopedia. This is a slightly self-serving question, but we would still expect market conditions to influence how users reply to it. So it’s interesting that the proportion feeling confident in their investing has increased from 75 percent in 2018 to 82 percent in 2019 and now 85 percent in 2020. Confidence is at a high, presumably because the market may continue to recover as the Covid crisis wanes. 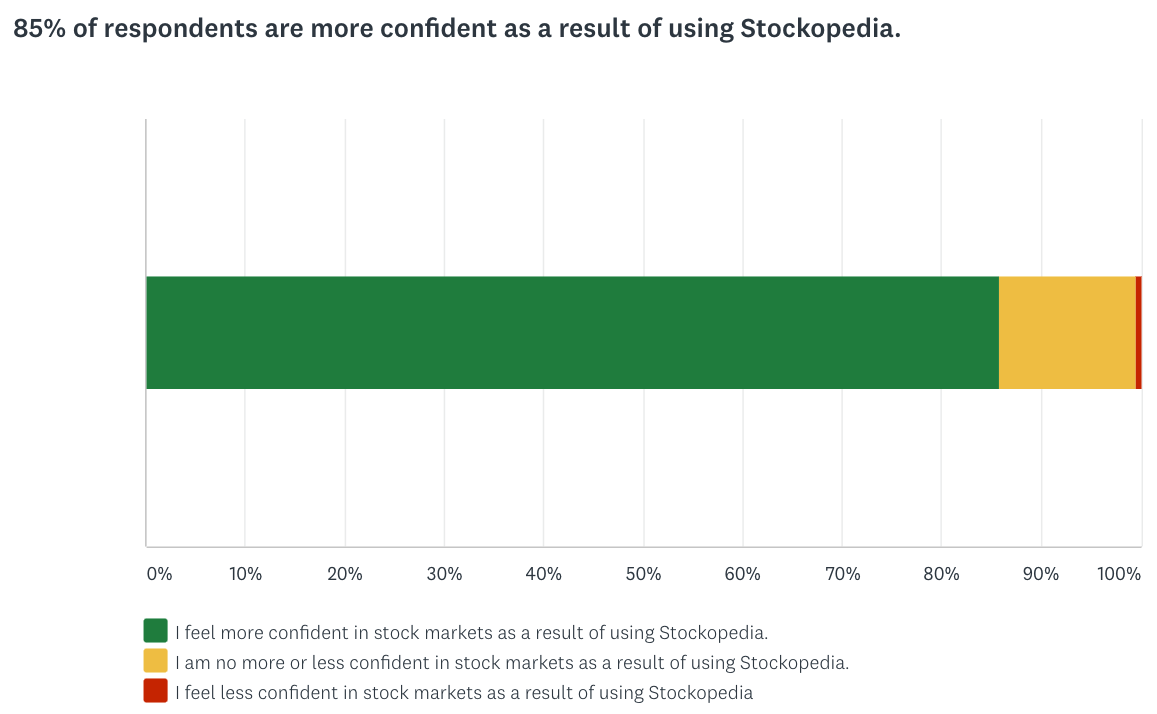 As always, thanks to everyone who took part in the survey. The responses are hugely valuable to us and offer a very interesting view of what Stockopedia users are thinking and how they are performing.

As ever – Safe investing