Fake News CNN says that ‘Rapture anxiety,’ as it is often called, is recognized by some faith experts and mental health professionals as a type of religious trauma. Oh, really?

The latest attack on the Bible doctrine of the Pretribulation Rapture of the Church comes from, of all places CNN if you can believe that. In an article with a headline declaring “RAPTURE ANXIETY!!!”, fake news and non-news CNN mocks and belittles anyone and everyone who holds to this precious Church Age Bible truth. The doctrine of the Pretribulation Rapture did not ‘originate in the 1800’s’ as its detractors assert, but in the pages of inspired scripture authored by the Holy Ghost. Why would CNN write an article like this? Simple, they are trying to steal your joy, your peace, but most of all, they’re trying to get you to let go of the crown the Lord will give you for looking for His appearing in the rapture.

“Henceforth there is laid up for me a crown of righteousness, which the Lord, the righteous judge, shall give me at that day: and not to me only, but unto all them also that love his appearing.” 2 Timothy 4:8 (KJB)

At this stage in ministry, I have heard every argument that can be made against the Bible doctrine of the Pretribulation Rapture of the Church. No saved person could miss it unless you had the wrong book, the wrong motivation, or you listened to the wrong people who wrongly divide the scriptures. I feel quite confident the Lord would give me the victory in any debate with rapture naysayers regardless of their “superior education” and “knowledge of the Greek and Hebrew”. But there is something more to all this than simple anti-Christian screed vomited out by fake news CNN, I think it goes a whole lot deeper than that. You will notice their article contains zero perspective from the Bible believer side, not one shed of counter-balance to their invective. You know what that makes me think? It makes me think that the Rapture of the Church is right around the corner, and the Devil wants you to live in defeat, to get you to stop looking for the Lord’s appearing at the Day of Christ, so you drop that crown of righteousness Paul says God will give you for looking for it. Don’t you do it. TO THE FIGHT!!! 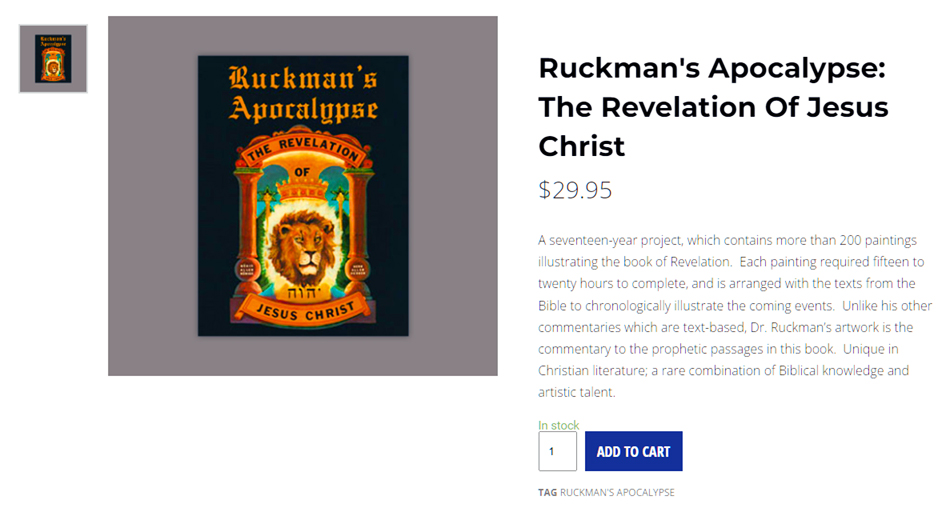 THIS BOOK WILL MASSIVELY AMP UP YOUR FAITH IN GOD’S PRESERVED WORD BECAUSE IT’S FILLED WITH NOTHING BUT SCRIPTURE AND GORGEOUS ILLUSTRATIONS OF BIBLE PROPHECY FULFULLING!!

For some Christians, ‘rapture anxiety’ can take a lifetime to heal

FROM CNN: Darren Slade, the president and CEO of the Global Center for Religious Research, has been studying religious trauma across several faiths and denominations for years.

“This is a real thing. It’s a chronic problem,” he says of rapture anxiety. “This is a new area of study, but in general, our research has revealed that religious trauma leads to an increase of anxiety, depression, paranoia and even some OCD-like behaviors: ‘I need to say this prayer of salvation so many times,’ ‘I need to confess my sins so often.’”

“Now imagine,” he continues, “You are taught that at any minute, you could be left here on Earth. What does that do to the teenager who just had premarital sex, or even simply took the Lord’s name in vain?”

If You’re Left Behind After The Pretribulation Rapture Of The Church, You May Never Get Another Chance To Get Saved

Experiences like Ajoy’s – a latent fear of an impending, inevitable end – are very common among communities of religious trauma survivors. On social media, former church members recall being tricked by church leaders into watching violent rapture-themed films or crying themselves to sleep thinking about people and pets that would be left behind when the end finally came.

Chelsea Wilson of Marietta, Georgia tells CNN that while growing up in an evangelical community, talk of the rapture was so intrinsic that children would play pranks to scare each other into believing everyone around them had been raptured.

“As if,” Wilson says, “it were a scary campfire story.”

The concept of the rapture, known theologically as dispensational premillennialism, is not prevalent in Catholic or mainline Protestant denominations like Episcopalianism or Presbyterianism, and is most commonly adhered to in evangelical and fundamental churches. This line of theology draws heavily upon a letter from the Apostle Paul to the Thessalonians, included in the Bible, that says believers in Jesus would be snatched or seized into the air.

Interpretations of this verse vary widely among Christian leaders, many of whom see it as a common example of poetic metaphor among Paul’s writings. However, this striking imagery forms the basis of a lot of modern ideas about the rapture – so much so, Slade says it’s not uncommon for people with religious trauma to report having a fear of heights as they imagine their final ascent.

Survivors also cite the influence of fiction works, like the “Left Behind” book series and the 2000 movie adaptation, which they say were presented in their church circles as accurate glimpses into a post-rapture future. These works have reached such a level of infamy in these faith communities that some survivors say the descriptions of suffering and terror in the series greatly influenced their rapture-related fears. (There is a reason Ajoy’s initial thought of the guillotine seems oddly specific – it features in a graphic execution scene in the 1972 rapture film, “A Thief in the Night.”)

As a Baptist preacher and religious scholar, he was surrounded by peers who would attend “end of days” or “end of times” conferences. These meetings, many of which are still held today, focus heavily on events in the Christian Book of Revelation, and attempt to connect scriptural elements with current events in the world. It’s why fringe groups are left in the lurch when predictions about the end of days don’t manifest.

However, Slade’s biblical studies eventually led him to an uncomfortable truth: The rapture, as it is taught in some Baptist, evangelical and fundamentalist communities, is scantly mentioned in the Bible. In fact, modern rapture theology only dates back to the 1800s. This and other realizations led Slade to leave the Christian faith and focus his energy on the academic side of religion. It was a devastating transition. READ MORE

CLICK TO ORDER YOUR BOX OF KING JAMES BIBLE GOSPEL TRACTS TO SO YOU CAN BE A WITNESS FOR JESUS CHRIST WHEREVER YOU GO!!

The post You Know We’re Close When Fake News CNN Publishes Article Designed To Belittle And Destroy Your Faith In The Pretribulation Rapture Of The Church appeared first on Now The End Begins.