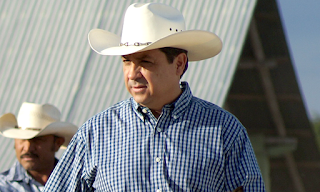 Businessman Dionicio Poli affirms that he personally gave the file of his case to Cabeza de Vaca without seeing anything happening.

A casino businessman who was stripped of his business by the Gulf Cartel tells EMEEQUIS about the alleged protection that the governor of Tamaulipas gave criminals. “He is a pure kleptomaniac, a natural criminal,” says Dionicio Poli, now a refugee abroad.

The governor of Tamaulipas, Francisco Javier García Cabeza de Vaca, investigated for a triad of federal crimes, made an alliance with members of the Gulf Cartel to illegally seize a casino installed in Reynosa, Tamaulipas.

This is how the Tamaulipan businessman Dionicio Poli, former owner of the La Isla del Tesoro casino, who now lives in a secret location in the United States, tells EMEEQUIS for fear of criminals and the PAN president, who is currently facing a process of lawlessness, after being accused of organized crime, money laundering and tax fraud.

“They destroyed my life, they ruined me … and Governor Cabeza de Vaca did nothing because he could not accuse his partners, the same ones who took away my casino,” says Dionicio Poli by telephone.

His story dates back to April 2009, when Dionicio Poli opened his second casino, 150 meters from the border bridge between Reynosa, Tamaulipas, and Hidalgo, Texas; while Cabeza de Vaca, who had been mayor of Reynosa (2005-07), sought to be governor of his state.

It was a difficult year to make investments in that border city: the United States government had an investigation open against Cabeza de Vaca for allegedly having “turned over” the city to the Gulf Cartel, in gratitude for the financing of his electoral campaign to become Mayor. And the Cartel had terrified businessmen of all sizes and economic lines.

The Gulf Cartel was – and still is in certain regions – the true power in Reynosa, Tamaulipas, which was beginning to experience an escalation of violence due to the fracture between that group and its armed guard, Los Zetas. And, to finance this internal war, money was needed.

Nine months after the casino opened, in January 2010, Dionicio Poli received a call that would change his life: an employee of his told him that outside La Isla del Tesoro there were armed people who demanded to speak with the majority partner, that is, with him. 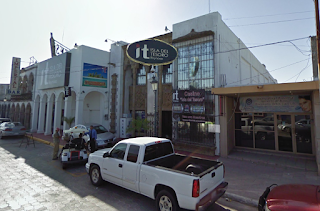 The businessman was stripped of the casino from him and received no help from the authorities.

THE MONOPOLY OF THE GULF CARTEL

“It was a very unpleasant scene… The police station was 60 meters away and nobody did anything. These gentlemen told me that, from that moment on, the casino would be theirs, at the orders of Mr. Osiel Cárdenas Guillén, because he was the only one who could have those businesses. And so, like anything else, they stripped me of the business. “

Dionicio Poli resisted as much as can be done in a city dominated by organized crime: he tried to file a complaint with the then Tamaulipas Attorney General’s Office, the Attorney General’s Office, the Secretary of National Defense and even the Secretary of the Navy. In all instances, they suggested that he not go after such a violent and entrenched criminal group in the municipal and state government.

Despite the veiled threats, Dionicio Poli insisted on taking the casino back from him… until the danger became imminent. He and his family had to leave Mexico almost immediately, certain that staying in his country would mean dying at the hands of the cartel.

But the Tamaulipas businessman was not willing to lower his arms and devised a strategy to recover his business from the United States, believing that his acquaintance, Francisco Javier García Cabeza de Vaca, former mayor of Reynosa, would help him.

“Obviously, I was wrong. I thought he was a decent man … but he turned out to be the worst governor in the history of Tamaulipas, and that’s saying a lot in that state! “

COW HEAD DOES NOT LOOK OR LISTEN

Fleeing Mexico, Dionicio Poli not only left his country and his family in Tamaulipas. He also left an investment of 60 million pesos in the hands of the Gulf Cartel, which changed badges, personnel and even the name of the casino to manage it through frontmen to launder money. Under criminal command, that establishment was renamed “21 Black.”

“It’s impressive how criminals can simply strip you of your properties and with the help of their contacts in the government they change paperwork, invoices, receipts, everything,” says the Tamaulipan businessman. “But I have all the documents to affirm that it was a casino I owned under the civil society Valpolisan Juegos S.A. de C.V.”

From abroad, Dionicio Poli saw Cabeza de Vaca’s political career advance: he became a senator and, later, the first governor of National Action in Tamaulipas. With the arrival of an acquaintance of his in the governorship, it seemed that there was hope to recover the casino.

In 2017, the Tamaulipeco governor had a meeting with Texas entrepreneurs at the Embassy Hotel in McAllen, United States. The idea of the PAN member was to bring private investment to Mexico, while that of Dionicio Poli was to personally deliver a letter to Cabeza de Vaca asking for help, after several of his collaborators had not been able to help him.

“I am from the same municipality as the secretary general of the government of Tamaulipas, César Augusto Verástegui, ‘El Truco’. We are both from Xicoténcatl, Tamaulipas. And when I asked him for help he told me not to bother him, that he could not help me. I thought that if he couldn’t, the governor would, who knew my case, because many common friends told him about me.”

The businessman went to the meeting and when they gave him the floor, he told, again, what had happened to him. It was an unencouraging, but realistic, story for investors. His intervention concluded when he gave the incipient governor a file of documents detailing the dispossession, as well as the possible links of organized crime within his state administration.

“Of course, you can imagine Francisco’s face… his mother and aunts were also there. And anyone who knows him can guess his reaction: haughty, proud, very angry. My subject never advanced.”

Today, Dionicio Poli has three certainties in life: the first, that his investment is destroyed. That same year, 2017, the government of Cabeza de Vaca closed the 21 Black and another casino, El Rey, accusing that behind its operations was organized crime.

“It was a way to pretend that he was not colluded with those people. They had already taken everything they could out of my business. They didn’t need it anymore… I found out that they took out my machines and destroyed them completely.”

Second, that the current governor of Tamaulipas did not want to help him, neither as a former mayor, nor as a local deputy, nor as a senator nor as a president, because those who stripped him are his partners in Cabeza de Vaca’s illicit business with organized crime.

“All this happened under the outrageous complicity of judicial and federal authorities with full knowledge of the former PRI governors and also of the current governor Francisco García Cabeza de Vaca. With clear protection for a criminal group.

“Those criminals are the governor’s partners. And nobody says it because they are afraid of him, because he imprisons you or orders you to be killed. But I’m not afraid. I say it with my name and my honor: he is a criminal,” says the businessman.

Third, that his life was ruined by this complicity between criminal power and the political power headed by Cabeza de Vaca.

“It took me away from my roots, it disintegrated me from my family. I can no longer approach my brothers who live in Tamaulipas, nor can I return to Mexico, because I don’t want them to be linked to me so that criminals don’t retaliate against them. I had two heart attacks, four bypasses as a result of impotence, courage, resentment.

“He is a pure kleptomaniac, a natural criminal. This is crap, he knew everything… but he abandoned me in front of them.”

His real hope, he says, is divine justice. In the earthly, that of the institutions, Dionicio Poli believes very little. Even the ousting process against the PAN governor would not return calm or peace. The damage, he says, has been too much.

(If I saw him right now, I would tell him that) I never hurt you and you disgraced my life and that of my family. That’s why every time you see me you won’t be able to see thousands of Tamaulipecos in the face who trusted you to be fair,” concludes Dionicio Poli. “Today prison awaits you, I hope in God that there will be justice.”