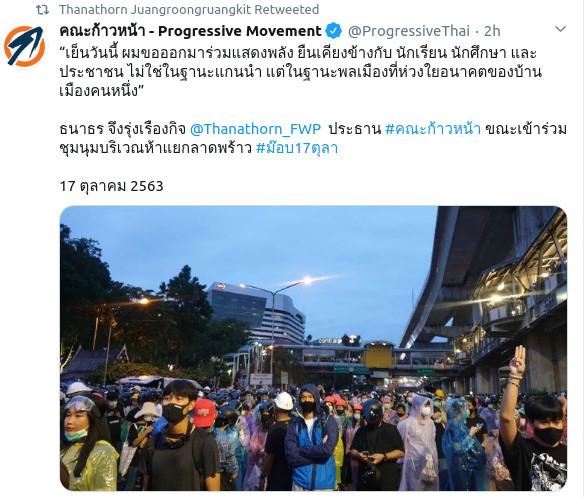 While he has repeatedly claimed to play no role in protests he insists are “organic” – he had vowed in December of 2019 to use his political machine to bring mobs into the streets after losing general elections by several million votes. 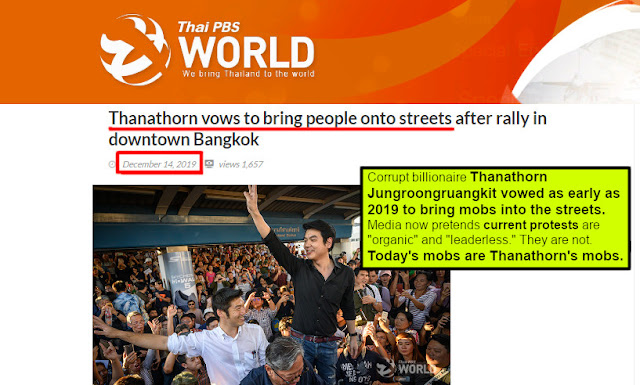 Thai PBS’ 2019 article, “Thanathorn vows to bring people onto streets after rally in downtown Bangkok,” would note as early as December 2019 that:

Addressing the demonstrators, Thanathorn said the rally was just a harbinger of more political activities against the Prayut government.  He threatened to “bring people to the streets…”

Together with his own political machine, media owned by his billionaire family, and US government-funded fronts leading protests both online and in the streets – it is clear that despite claims he is not involved – he is leading the protests from behind just as he promised last year.

Of  course – if the current government were to step down as protesters are demanding – it would be Thanathorn and his allies in billionaire fugitive Thaksin Shinawatra’s Pheu Thai Party who would obviously come to power.

Most troubling is that many of the protesters include young students – some not even old enough to vote – who are encouraged to attend rallies in which protest leaders carry out violence and provoke responses from police – hoping to leverage images of young people caught in the middle to further agitate and divide Thai society.

Before 2019 general elections – Thanathorn Juangroongruangkit travelled not across Thailand – but to the United States where he lobbied for political and material support in his bid to take power in Thailand. 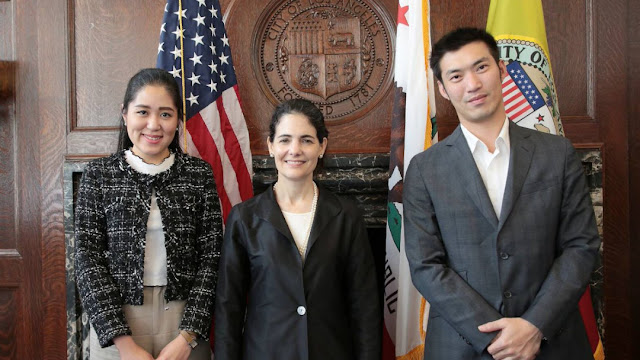 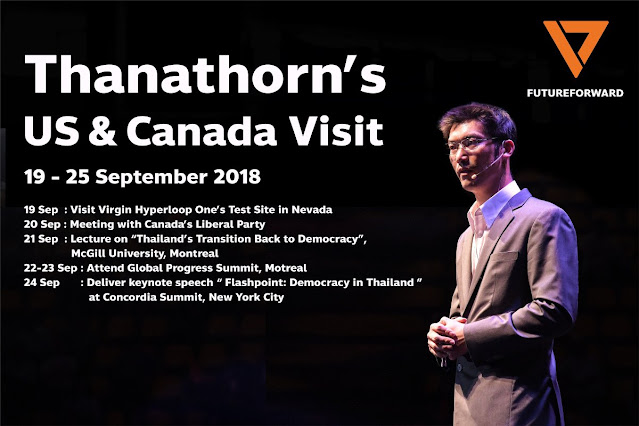 Thanathorn has suggested “alternatives” to China which range from the unrealistic to the absolute absurd including his proposal to cancel the Thai-Chinese high speed rail network already under construction and replace it with the yet-to-exist “hyperloop” from the United States. China’s high-speed rail technology moves billions of passengers a year while the “hyperloop” will not move a single passenger until at least 2030. 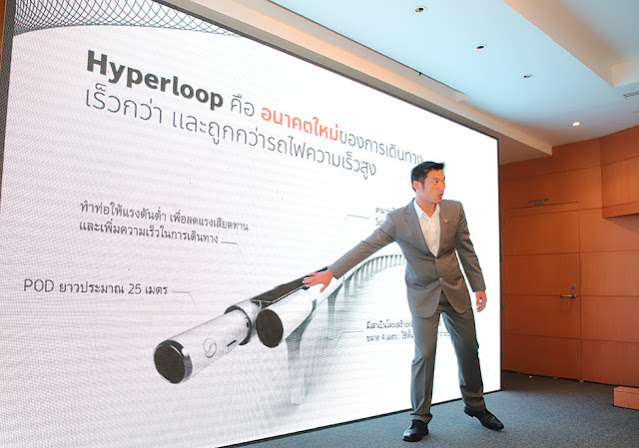 An option such as Richard Branson’s Virgin Hyperloop One — which is working on building networks of pods traveling at airplane-like speeds — is better for Thailand as it would help the nation to be a technological leader, according to Future Forward Party head Thanathorn Juangroongruangkit.

The Future Forward Party (FFP) has vowed to cut the military budget and reduce the number of generals in the army, according to its secretary-general Piyabutr Saengkanokkul.

Apparently oblivious to the multiple wars the US alone is waging around the globe, the Bangkok Post would quote Thanathorn’s secretary-general, claiming:

“In today’s world, no one engages in wars any more.”

Of course – the US alone is waging multiple wars across several continents with hybrid warfare and proxy-wars waged across several more and the few nations safe from this global campaign of aggression are nations with powerful armed forces.

Amid Thanathorn’s more recent legal troubles – Western embassies including the US and UK mobilized support and even escorted Thanathorn on his way to police to hear charges against him for his multiple crimes.

Thanathorn Offers Thailand a Blind Alley – Not a “Future Forward”

The US fully realizes that cutting ties with China would ruin Thailand economically – but a look at other nations where Washington has aided opposition groups – from Libya and Syria to Ukraine and Serbia – reveals that moving Thailand forward is not Washington’s goal. The real goal is  installing a corrupt and incompetent client regime, destroying a targeted nation altogether, or some combination of the two – denying the nation’s ability to serve as a constructive partner for America’s geopolitical rivals – especially China and Russia.

Billionaire Thanathorn Juangroongruangkit and his political allies led by billionaire fugitive Thaksin Shinawatra represent Washington’s choice of potential leaders of a US-backed client regime – one that would see Thailand divided and destroyed to spite and hinder China even if what remains benefits America directly in little or no way.

It is a blind alley other nations like Libya, Syria, Yemen, Ukraine, Serbia, Georgia, and many others have been led into by US-funded opposition groups – blind alleys none have re-emerged from. Thailand will not be the exception.