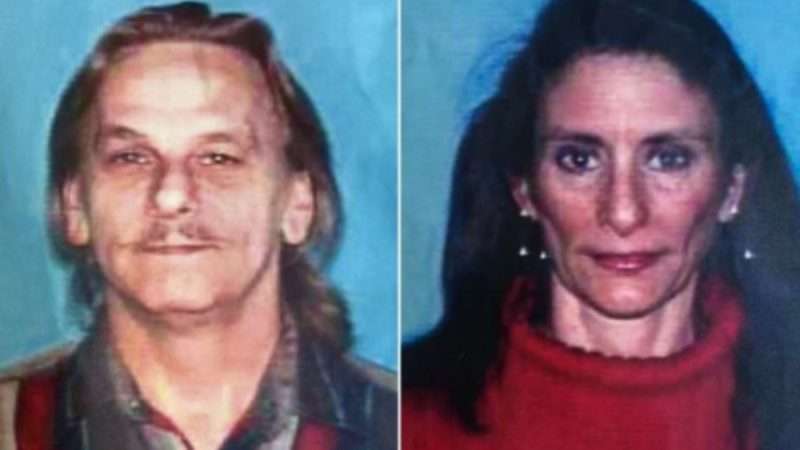 A second Houston narcotics officer has been charged with murder in connection with the January 2019 no-knock drug raid that killed Dennis Tuttle and Rhogena Nicholas in their home on Harding Street. Harris County District Attorney Kim Ogg yesterday announced that a grand jury had indicted Officer Felipe Gallegos for murdering Tuttle, who according to police fired at the cops after they broke into his home and killed his dog while serving a search warrant based on a heroin deal that never happened. Gallegos faces a maximum penalty of life in prison if convicted.

The new indictments also include eight current or former narcotics officers who are accused of “engaging in organized criminal activity” by falsifying government records as part of “a long-term scheme to steal overtime from the city.” Five were charged with first-degree felonies that carry a maximum penalty of life in prison, while three were charged with second-degree felonies punishable by prison terms of two to 20 years.

So far 12 current or former narcotics officers have been charged as a result of the investigation triggered by the Harding Street raid. “The consequences of corruption are that two innocent people and their dog were shot to death in their home by police; four officers were shot, one paralyzed,” Ogg said. “Now all of them will face jurors who will determine their fate.”

Houston Police Chief Art Acevedo, who described the cops who killed Tuttle and Nicholas as “heroes” but wants credit for not covering up Goines’ lies, implicitly criticized the decision to charge Gallegos with murder. “It was our investigation that uncovered the malfeasance of the two former HPD officers [Goines and Bryant] who were subsequently charged with criminal offenses related to their actions in obtaining the warrant,” he said in a statement he posted on Twitter yesterday. “Today, I learned that another officer who was involved in the Harding Street officer-involved shooting has been indicted for murder. I have said many times that the other officers involved in the incident, including the officer indicted today [Gallegos], had no involvement in obtaining the warrant and responded appropriately to the deadly threat posed to them during its service.”

The grand jury obviously disagreed. Contrary to what Acevedo implies, the issues raised by this disastrous operation go beyond the fictitious transaction that supposedly justified it. According to a lawyer representing Nicholas’ family, she and Tuttle were taking a nap when plainclothes cops stormed into their house around 5 p.m. and immediately used a shotgun to kill their dog. According to Acevedo, Tuttle responded to this violent invasion by grabbing a revolver and shooting at the intruders, who responded with overwhelming force.

Two years later, the HPD still has not publicly said how many shots were fired or which rounds struck the injured officers.

The Houston Chronicle notes that “neither Acevedo nor Ogg has ever released the ballistics report showing which officers shot Tuttle or Nicholas.” The cops claimed they had to shoot Nicholas because she was moving toward an injured officer who had collapsed on a couch and seemed like she was about to take his shotgun. A forensic examination commissioned by her family contradicted that account, finding that the fatal shot was fired by someone standing outside the house who would not have been able to see her. The indictment of Gallegos for killing Tuttle indicates that prosecutors believe that shooting was not justified either. The indictment says Gallegos “unlawfully, intentionally and knowingly” caused Tuttle’s death by shooting him.

Nicholas’ mother and brother have been trying to discover exactly what happened during the raid, which was not recorded by body cameras. Their lawyer, Michael Doyle, is seeking to depose city and HPD officials. The city has resisted him at every turn. The Texas Supreme Court has twice rejected the city’s attempts to move the case out of Harris County Probate Court. A few weeks ago, Judge Kenneth Hoyt of the U.S. District Court for the Southern District of Texas agreed that the case belongs where it is.

“The Nicholas family again is grateful to be moving forward with our investigation,” Doyle said in a press release. “It’s time for the cover-up to end. The city’s continuing efforts to conceal the truth about the Harding Street raid have now been rejected by five separate county, state and federal courts. Judge Hoyt’s order rejected the City’s unprecedented, two-year cover-up of the facts of the killings, who was involved, and who needs to be held accountable. This federal-court order means the city’s wall of silence will start crumbling.”

In addition to the fraudulent warrant and the questionable use of deadly force, the raid has revealed what Ogg calls a “pattern and practice of lying and deceit,” including phony overtime and fake documentation of payments to confidential informants. Based on those findings, she filed felony charges against six narcotics officers, including Goines, Bryant, and three supervisors, last summer. Three of those cops—Sgt. Clemente Reyna, Sgt. Thomas Wood, and Officer Hodgie Armstrong—are among those charged again this week. Reyna’s attorney complained that Ogg is trying to “criminalize administrative errors” and “repackaging” the charges from July.

“Houston Police narcotics officers falsified documentation about drug payments to confidential informants with the support of supervisors,” Ogg said in July. ”Goines and others could never have preyed on our community the way they did without the participation of their supervisors; every check and balance in place to stop this type of behavior was circumvented.” After Ogg announced those charges, which included theft and tampering with government documents, Acevedo finally released the results of an internal audit that revealed widespread sloppiness, if not outright malfeasance, in the HPD’s Narcotics Division.

Acevedo portrays himself as an avatar of transparency and reform—a role he unconvincingly played during the Democratic National Convention last summer. But after repeatedly describing Tuttle and Nicholas as dangerous heroin dealers who maintained a locally notorious “drug house,” he was forced to admit that the case against them, which began with a false tip from a neighbor, had been fabricated. Now Acevedo, who 10 months after the raid was still dismissing “the chances of this being systemic,” wants us to believe the problem is limited to a couple of bad apples.