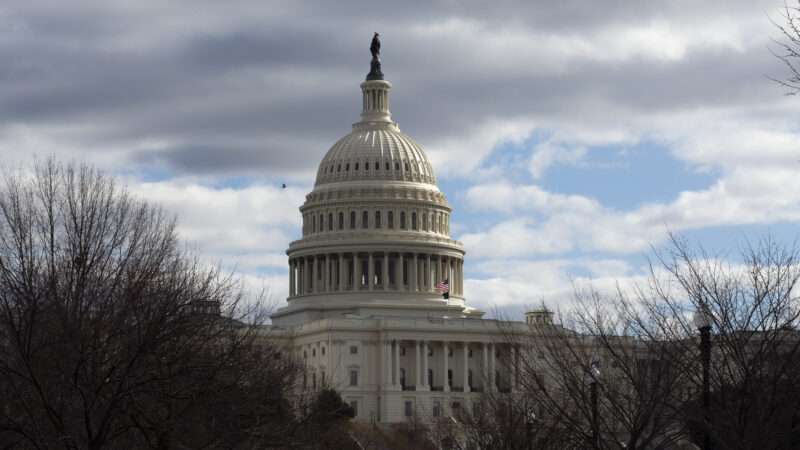 Democrats won’t be able to use a shortcut around the Senate’s filibuster rules to pass a $15 federal minimum wage with a simple majority—but Sen. Bernie Sanders (I–Vt.) and other progressives aren’t giving up on the idea just yet.

Senate Parliamentarian Elizabeth MacDonough ruled on Thursday that the minimum wage increase does not comply with the so-called “Byrd rule” that governs the Senate’s budget reconciliation procedure—a process that allows the Senate to make changes to federal tax and spending policy with a simple majority, rather than requiring the usual 60-vote threshold. That means that if the minimum wage increase is included in the COVID-19 relief bill that Congress is currently considering, the entire package would have to get 60 votes to pass the Senate.

Senate Democrats had made the case to MacDonough that hiking the federal minimum wage would comply with the reconciliation process because forcing businesses to pay hourly workers higher wages will translate into higher taxable income for those workers and thus more tax revenue for the government. Macdonough was right to reject that rationale. To be passed via reconciliation, a policy must directly impact federal revenue or spending and must not add to the long-term budget deficit. The minimum wage hike fails on both counts.

But that’s not the end of the debate. In fact, it’s really just the start.

Democrats now face three options. The easiest would be to accept the parliamentarian’s ruling, remove the minimum wage hike from the bill, and pass the rest of the $1.9 trillion package. The White House seems to be anticipating this outcome, with President Joe Biden privately telling governors, according to Politico, that the minimum wage hike likely won’t happen.

The second option is the radical one. Vice President Kamala Harris, in her constitutional role as the president of the Senate, could unilaterally overrule the parliamentarian’s decision. Some progressive groups responded to the parliamentarian’s ruling on Thursday by demanding that Harris do exactly that.

While allowable under the Senate’s rules, this would be a norm-busting maneuver that would undermine the parliamentarian’s role as the Senate’s nonpartisan referee. And, for now, the Biden administration has seemingly taken it off the table as an option. “Certainly that’s not something we would do,” Ron Klain, Biden’s chief of staff, told MSNBC on Wednesday. “We’re going to honor the rules of the Senate and work within that system to get this bill passed.”

Third, there’s the clever option. On Thursday night, Sanders announced plans to introduce an amendment to the stimulus bill that would “take tax deductions away from large, profitable corporations that don’t pay workers at least $15 per hour and to provide small businesses with the incentives they need to raise wages.” Similarly, Sen. Ron Wyden (D–Ore.) said he was considering an amendment to impose a “tax penalty” on businesses that refuse to pay “a living wage.”

As a matter of policy, this is likely to end up as a convoluted and messy intrusion of government into the affairs of businesses both large and small—though we’ll have to see the details of Sanders’ and Wyden’s proposals before knowing that for sure. Purely as a maneuver designed to implement a certain policy while respecting the arcane rules of the Senate, however, it’s a smart hustle—one that seems to have a better shot of comporting with the Byrd Rule.

Of course, the real reason why Democrats should abandon the effort to hike the federal minimum wage has nothing to do with arcane Senate rules, the filibuster, or political norms. They shouldn’t do it because it would be pretty much the opposite of an economic stimulus. The Congressional Budget Office predicts that hiking the minimum wage to $15 would mean raises for about 900,000 workers, but that it would eliminate about 1.4 million jobs and reduce national employment by 0.9 percent. Those raises would be paid for by consumers in the form of higher prices, while the job losses and other knock-on economic effects would ultimately increase the federal budget deficit by about $54 billion over a decade.

If you’re keeping score at home, that means it’s a policy that would result in a net loss of jobs and a net increase in government spending. Those are the types of policies lawmakers ought to avoid even when times are good, but they should especially avoid when unemployment is already high and the national debt is on an unsustainable trajectory.

Confronted with those uncomfortable realities, some progressive Democrats have suggested that jobs paying less than $15 per hour ought not to exist in the first place. That’s a callous way of discarding a lot of jobs in some parts of the country—in Mississippi, for example, the median hourly wage is less than $15 per hour. Forcing businesses in rural Mississippi to pay workers the same amount as businesses in New York City do ignores the reality of America as an economically diverse place, and it invites major disruptions in the parts of the country where jobs are already scarce.

Rather than smashing the Byrd Rule or trying to figure out how to navigate around it with complex tax penalties and other intrusions into the marketplace, Senate Democrats should recognize MacDonough’s ruling for what it really is: an off-ramp to avoid passing an expensive, job-destroying policy. They should take it.